Let ‘A’ Be The New Universal

The censor board is right about the new Jungle Book. It’s not fit for unrestricted viewing, but neither are most of India’s U-rated movies. 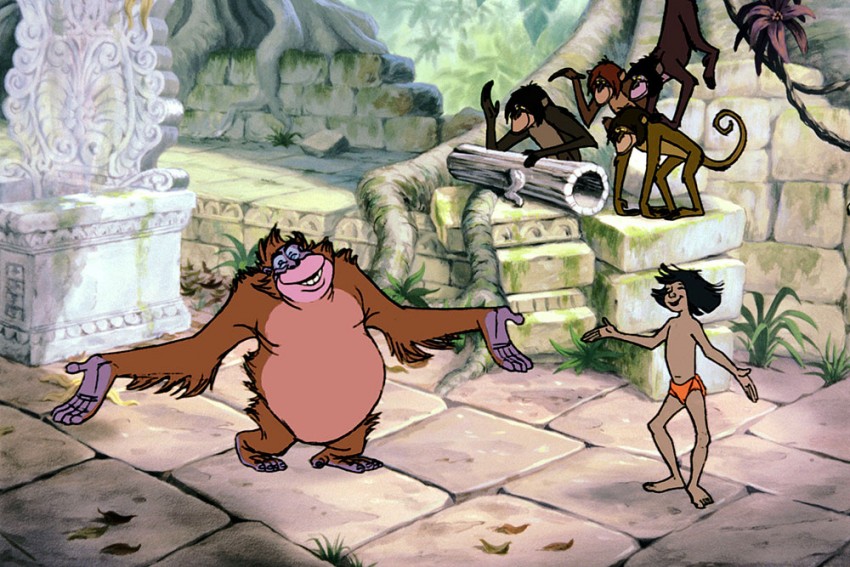 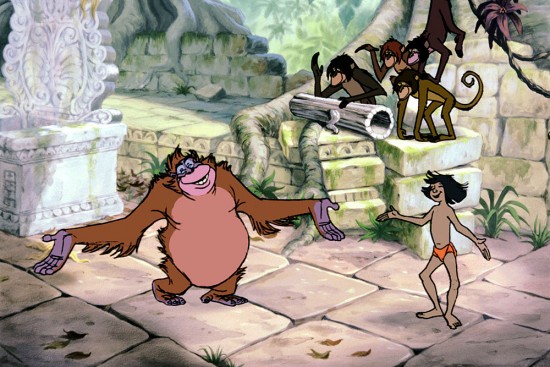 Visually, The Jungle Book, directed by Jon Favreau and written by Justin Marks, is a menacing departure from the 1967 Walt Disney production, where even the madness of the King of Monkeys, Louie, is just comic. In the latest version, the ape is clearly insane. A reflection, perhaps, of how near the monkey has come to resemble his cousin, man. In Favreau’s film, the Mowgli environment transforms into a dark, unforgiving world of gigantic beasts, their anthropomorphic traits notwithstanding, giving way to their worst, as represented by Shere Khan and King Louie.

The Mogwli of 2016 is almost an adult despite his size. Indeed, his vengeance is apocalyptic. Unlike the 1967 version in which the Man-Cub goes back to humanity, following a pretty girl whose inviting eyes hook him, in the Favreau interpretation, Mowgli ret­urns to the beasts, setting half the jungle on fire. He disowns his biological roots.

Kipling, typical of his nar­­rative style, first shows Mowgli as an infant and, pages later, says, “Now you must be content to skip ten or eleven whole years, and only guess at all the wonderful life that Mowgli led among the wolves, because if it were written out it would fill ever so many books”, before he cuts back to where he left off. Yet the intervening years are the real story.

In our day, 10 or 11 are a lot of years. For a  good number of boys and girls, maturation happens around that age, says a recent report. Even otherwise, a child is an adult in this all-too-real world, its innocence lost before it is even conscious of it, its reality mediated by a touch screen.

Favreau acknowledges this loss in Mowgli’s dark world, illustrative of the foreshortened ontogeny of the New Infant. Censor board chairman Pahlaj Nihalani is right in giving the movie a U/A certificate, which means kids must watch it with parental guidance. This evoked bitter titters among social-media liberals, but even in the permissive US the movie was certified PG.

One could, of course, say that the parents need guidance too, in the way they steer themselves and their Mogwlis. Indeed, the distance from 1967 to 2016, in terms of exposure and technological developments that collapse natural maturing, is not so much nearly half a century as millennial.

According to a Pew study, 30 per cent of US children first play with a digital device while still in diapers, almost 75 per cent of those aged 13-17 have smartphones and 24 per cent say they use their phones “almost constantly”. This may not hold entirely true for India, but much of the pattern would be the same for our middle- and upper-middle-class households. Facebook, Whatsapp and Snapchat see India as one of their main markets, which show that we are headed into the world of total exposure at a early age. And the price is innocence.

The problem is complicated by our history of social conventions. For one, respect for elders whom we may actually hate. Or, belief in god, even when we may only believe in the attendant rituals. Or, say, standing up in the classroom when a teacher enters, no matter he or she is a dud. We are a society that “shows” respect even when we may not feel it. These may have helped us with a certain kind of social stability, but they come with a duplicity that informs our skin-deep behavioural gestures and complicates our perception models. 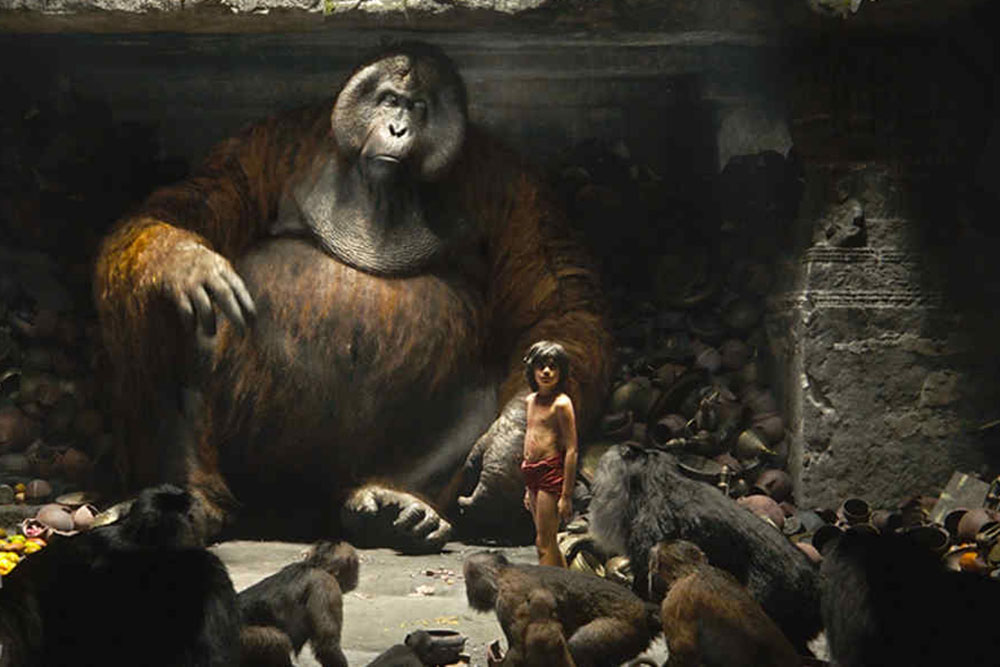 Indians after a fashion have always been inured adepts at calling a spade a shovel. Nowhere is this more evident than in our perception of the world of entertainment. So we see as “normal” the Kannada movie Rowdy Ranga, which kicks off with a 10-minute stunt, or a current Bollywood movie where the heroine does with a pelvic vengeance what once the vamp used to do.  The heroine is the new vamp and bad is the new normal. An adult gets away with deceiving himself like this because, well, he is an adult.

But that’s not likely to be the case with children, who too engage with violence and sex as “wholesome entertainment”, certified fit for ‘universal’ watching. A rain dance that leaves nothing to the imagination—the Amitabh Bachchan/Smita Patil item in Namak Halaal comes to the mind because of the frequency of its appearance on TV—is ‘universally’ appreciated.

Boys and girls, dads and moms, all went together to the movies, watched the thinly disguised sex scene or the awful rape scene presided over usually by Pran or Prem Chopra and their later avtars, and went home back to bed as if nothing had happened. But, of course, it had. It was murder and coitus seen through muslin. That filter softened the ugliness, made it okay.

In a country with different cultural yardsticks, any­thing portrayed in the movies as romance or stunts would be perceived as A or PG. India produces roughly 1,200 movies a year and only a fraction is certified as not fit for universal viewership. In almost every frame of every mainstream masala movie, rau­nchiness and explicit vio­lence abound. Children need to be protected from indecent exposure and it’s a measure of the brutalisation of our sensibility that we neglect to do so, or we just don’t care.

Yet, if the issues around sex or violence, or relationships, are addressed with some seriousness, as in the recent crop of movies, say, Titli, the censor board is quick to delete scenes or dialogues. Because the muslin has been removed, the metaphysical muslin that shrouds our perception. And which has many a political use. For one, it gives us grandiose illusions of our “golden past”. To move to the future then is actually is to move back into the past. The Sanghis should be happy.

Gaur Hari Dastaan, a movie about a freedom fighter doing the rounds to get his ‘Tamrapatra’—this writer wrote the screenplay—had to have a scene excised. The ‘offending’ scene showed an outraged journalist, who is helping the freedom fighter, talk about gender equality in pejorative terms. It didn’t matter that the scene and the dialogue—about equitable orgasmic rights of sexual partners—were in keeping with the character.

A popular four-letter word for the act of copulation has now come to be invested with many descriptive powers that embody our present predicament. The word comes from the Dutch, fokken, to thrust. But f—k is no longer just a verb.; it’s an adjective that qualifies an adjective (as in f—g brilliant), a noun denoting a type of character (this f—r let me down), slang for meddling with, as an exclamation mark, a caesura, a substitute even for god (f—k knows). Reasonable men and women use it—and kindred words—in homes and offices, in the closed confines of cars, in casual conversation and in serious debates. And children are always exposed to these adult transactions deifying the multitasking F-word.

It’s not just the movies; newspaper supplements and ads too use semi-clad men and women to sell products. And, then, there is the internet. The new world of lost innocence is here to stay. So, banning—the easiest thing to do—is not the answer. The question is how to weave the complexity of our exposure across the age and gender spectrum into an adequate censorship process, taking into account the new low in the age of maturation. It is about viewership strategy in a changed ecosystem.

The government recently set up a committee under Shyam Benegal to revise our censorship practices. But this, clearly, isn’t just a matter for a panel report. What is at stake are ways of seeing, a phrase that art critic John Berger coined. Certification is about perception. As Schrodinger would put it, how we observe changes the result of the experiment. The reason why we get to see a whole lot of U is because we just haven’t grown up, because we don’t admit to it. Ageing is not just a matter of years. It’s exposure, among other things.

Pahlaj Nihalani was right to give the U/A rating to the Favreau version of The Jungle Book. The point is that the same sensitivity should be on display in terms of the content and form of the majority of Indian movies, because they are essentially turning f—g A into U. Basically, grow up.

(The writer is a novelist and poet. His latest collection of poems, Available Light, will come out later this year.)

The guidelines for film certification in India require the censor board to make sure nothing is allowed in a movie that glorifies, justifies or incites violence. The censors are expected to go through every film with a fine-toothed comb looking out for anything that could promote contempt for racial, religious or other social groups.  And, of course, nothing that questions the unity and integrity of the country is supposed to reach the theatres.