Leave! This Land Isn’t Your Home 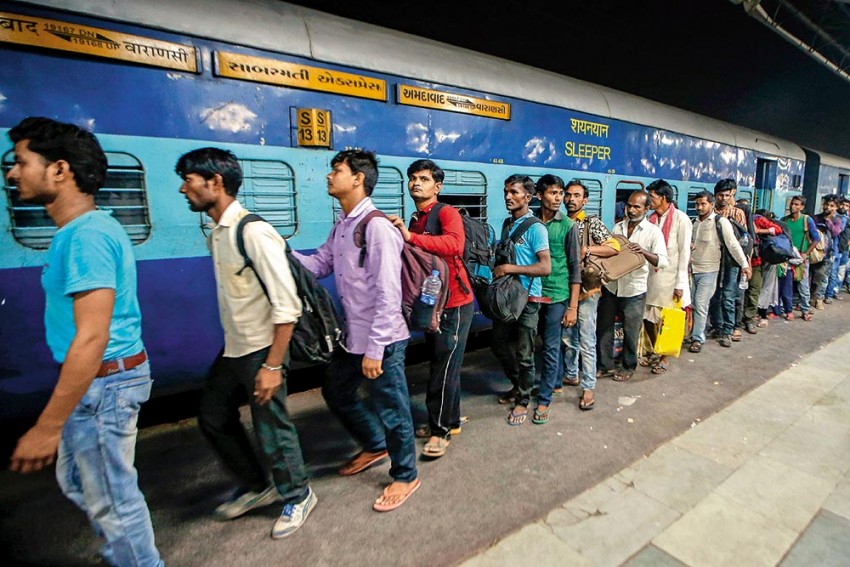 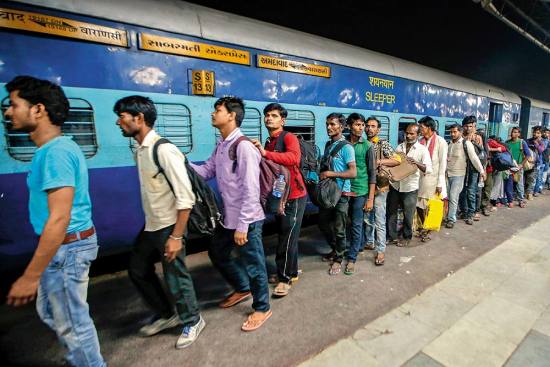 Reminiscent of the 2008 att­acks on migrants from Uttar Pradesh and Bihar in Maharashtra, rampaging mobs in north and central Gujarat last week targeted labourers from north Indian states, forcing an exodus of sorts. Ostensibly triggered by outrage over the rape of a 14-month-old girl in Sabarkantha district, allegedly by a migrant worker from Bihar, the attacks could be an outcome of pent-up anger against migrants being allegedly favoured over locals for jobs.

The rape was reported on September 28 and the attacks began nearly a week later. The exodus of migrant workers from Madhya Pradesh, Rajasthan, Chhattis­garh and UP, fanned by bitter social media outpourings and word-of-mouth stories, began around the time the Election Commission announced election dates in the states bordering Gujarat. Small wonder then that a political slugfest has begun with the ruling BJP accusing the Congress, especially MLA Alpesh Thakore and his Gujarat Kshatriya Thakore Sena (GKTS), of provoking the violence. The Congress, in turn, says the BJP engineered it for political gain.

The political narrative in the episode revolves around Thakore, whose GKTS has a strong presence in north Gujarat, and who has been recently named the All-India Congress Committee secretary-­in-charge of Bihar. Thakore has always championed the cause of local Gujaratis not given jobs in small and big industrial units. He had led massive rallies and courted arrests in the run-up to the Gujarat elections last year.

Even now, as attacks continued against north Indians, Thakore, who had joined the Congress last year, minced no words—he says the outburst is the result of lack of jobs for locals. “The anger was directed at the state government and the industry for not complying with the promised rule to employ 80 per cent locals in industrial units,” he asserts, while denying that the GKTS was involved in the attacks. He claims hundreds of his men were being arrested out of political vendetta. However, sources req­uesting anonymity tell Outlook that migrant workers heading home to election-­bound states bordering Gujarat would take back strong sentiments against the BJP, which could only help the Congress. Simult­aneously, Thakore, who represents north Gujarat’s Radhan­pur in the assembly, might find his position strengthened among the locals. 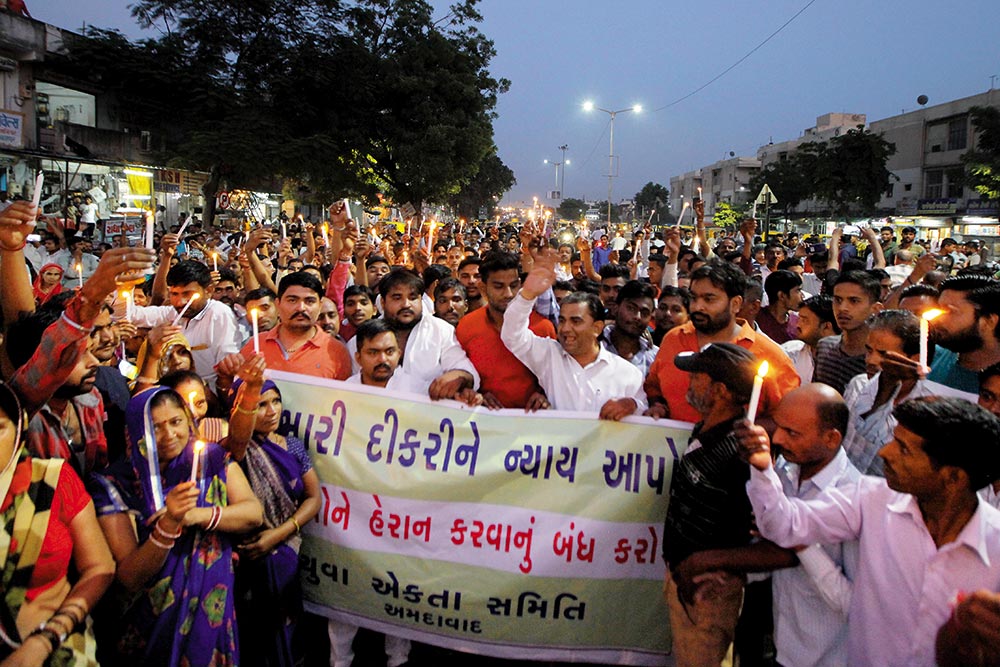 Protest against the rape of a 14-month-old girl

CM Vijay Rupani insisted his government was quick to act, with the police arr­esting scores of people, while DGP Shivanand Jha said he instructed his men to prevent migrants leaving out of fear. The police moved swiftly, but have been unable to prevent hundreds of workers from leaving for their home states with their stories of woe.

Jha told reporters on Sunday that 342 people had been arrested in 42 cases of attacks on migrants. Six districts have been mainly affected, with Mehsana and Sabarkantha being the worst-hit. “More arrests will be made and we have put 17 companies of the State Reserve Police (SRP) on the job,” he added.

According to the DGP, there were instructions to the police to track railway stations and bus depots to stop migrants from leaving out of fear. “I have asked my officers and men to reach out to them and ensure their fears are allayed,” Jha said, quickly adding that many workers were going to their home states for the festive season, which should not be seen as an exodus. But while it’s true that migrant workers do take an extended vacation as Gujarat shuts down during Diwali, this time they are leaving early.

The small and medium units that emp­loy a huge number of migrants were the first to be hit, and many had to down their shutters. Fearing huge business losses, a worried Gujarat Chamber of Commerce and Industry (GCCI) has dashed off a letter to CM Rupani, asking him to ensure the safety of migrant workers, who form a majority of the workforce in many industrial units in the state. Industry sources say a maj­ority of manufacturing units, including chemicals, dye-stuff, plastics, textiles, ceramic industries, auto parts and component makers, employ between 50 per cent to 80 per cent migrant non-Gujarati labourers in their workforce.

“The upcoming festive period is a crucial time for the industries, especially for the micro, small and medium enterprises to get a major business during this period of the year,” says GCCI president Jaimin Vasa. “Most businesses are running at full strength to meet the order deadlines, and disruptions at this crucial time will cause a major dent to the momentum.”

The state government, which has been preparing for the biennial Vibrant Guj­arat Global Investors Summit, was quick to deploy 17 companies of the SRP in the industrial areas, including Sanand and Vithalapur industrial areas near Ahmedabad, which host Tata Motors, Ford and Maruti Suzuki among others.

“The situation is under control,” said Rupani on Monday. “No untoward incident has been reported in the last 48 hours. The Gujarat Police have been pro-actively deployed. We are committed to maintaining law and order, and people can call the police in case of trouble. We appeal to the people for patience to allow law to take its own course.” Pradeepsinh Jadeja, minister of state for home, who is known to be close to BJP president Amit Shah, said: “We will not let peace be disturbed by a handful of elements who want to tarnish Gujarat’s image.”

In Bihar and UP, the BJP has hit the panic button. UP CM Yogi Adityanath and Bihar CM Nitish Kumar are learnt to have spoken to Rupani, expressing fears over the political fallout of the ­exodus in their respective states. Sources say Rupani assured them his government was taking all possible measures to ­restore normality.

Bihar deputy CM Sushil Modi was quick to allege that “forces backed by the Congress were responsible for the attacks on people from his state in Gujarat”, claiming this information was based on his conversation with the Gujarat CM.

“The Congress has been trying to drive a wedge between Gujaratis and non-Gujaratis for long,” quipped Gujarat BJP vice-president I.K. Jadeja, subtly hinting at Thakore’s role. In any case, the situation does not augur well for Gujarat and the BJP, which faces a tough electo­ral battle in Madhya Pradesh, Rajasthan and Chhattisgarh.