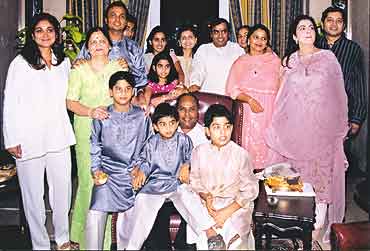 outlookindia.com
-0001-11-30T00:00:00+0553
For a nation whose mythology has much to do with samudra manthan, the corporate world remained immune to any churn till the late '80s. There was no need for any shake-up. Domestic competition was a no-no thanks to industrial licensing. The Monopolies and Restrictive Trade Practices Act forced conglomerates to diversify into unrelated activities and, having done so, were then protected by an average tariff rate in excess of 85 per cent and quantitative restrictions on imports. The raison d'etre of IFCI, IDBI and ICICI was to give bundles of cash to industry often without any real hope of return; and concepts such as quality, service, delivery were of little importance. It was a world where competition was fought in the corridors of Udyog Bhavan, not the market; a world where profits had everything to do with supply scarcities, not efficiency; a world where even the slightest whiff of reforms was snuffed out by the babus with a devastating phrase, "But in a country like India..."

This world changed—initially during the first three years of reforms, then with more severity in the second half of the '90s. In fact, the first few years of reforms were applauded by the captains of industry. They were now enjoying the benefits of unshackled internal controls with sufficiently high enough rates of tariff protection. Indeed, it was during the euphoria of 1992-94 that one saw entrepreneurs of every shade merrily going to the capital market and coming back with oodles of money for funding many gold-plated expansion schemes. 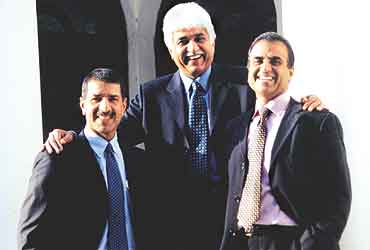 The real transformation started after 1995, and was triggered by four factors. First, India began to see a host of relatively younger entrepreneurs who, unencumbered by protectionist baggage, were determined to prove their worth in a more competitive economy. They were the likes of Ratan Tata who wanted to create a more focused, cohesive conglomerate out of a loose confederation of independent satraps; of Narayana Murthy of Infosys, Azim Premji of Wipro, Ramalinga Raju of Satyam, F.C. Kohli and S. Ramadorai of TCS, Parminder Singh and Davinder Brar of Ranbaxy, K. Anji Reddy of Dr Reddy's Labs, Ajay Piramal of Nicholas Piramal, Sunil Mittal of Bharti, Baba Kalyani of Bharat Forge, Hari Bhartia of Jubilant, to name a few. Second, tariff rates started coming down even faster and quantitative import restrictions were becoming history—which increased the threat of imports. Third, multinationals began to enter India in greater numbers and created a milieu of global competition from within. And fourth, in order to grapple with double-digit inflation in the mid-1990s, the RBI jacked up interest rates, which made domestic costs go awry and, for the first time, forced many Davos-going CEOs to start concentrating on the basics of business. These four factors occurred almost simultaneously and began to separate the winners from the also-rans. 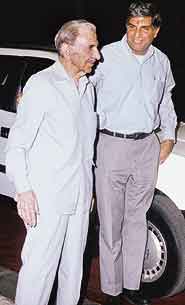 Facts bear this out. Consider the losers. The top 50 companies in terms of market capitalisation in January 1997 dropped their average ranking by 30 notches in January 2005—within eight years of the screws being tightened. Thus, a company ranked 25th in 1997 fell to being 55th in 2005. For the top 100 companies, the average drop in rank was even more precipitous—a fall of 54 points. And for the top 200, it has been worse still—an average drop of 90 points. Here are some examples. Remember a blue chip called Bombay Dyeing? It was already heading south in 1997 and was ranked 95th; by January 2005, it had fallen by another 115 places. Or Century Enka, which fell in rank by 168 places. Or Escorts, which plummeted from being 84th in 1997 to 284th in 2005. 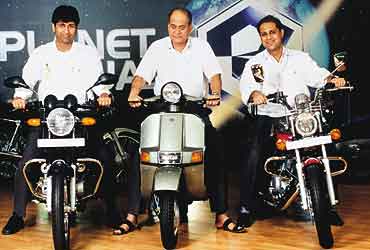 What has this churn done to Indian business? At the bottom of the pack are companies that have become history. But the more exciting news is that entrepreneurs and managers have rapidly morphed themselves to deal with a more competitive world. Aditya Birla was a great entrepreneur; but I dare say that Kumar Mangalam will prove himself to be better. Rahul Bajaj will always be gutsy; but Rajiv Bajaj is more than equal to the task of growing Bajaj Auto. Venu Srinivasan is a class act. Sunil Mittal is driving his group in ways that couldn't be imagined a generation ago. Baba Kalyani has transformed Bharat Forge from being a competent forging company to being the second largest in the world. Ratan Tata and his merry men are hungry for more international acquisitions. Anand Mahindra is piloting his company into a growth trajectory that his uncle, Keshub, may not have imagined. Gautam Thapar is determinedly rebuilding Ballarpur and Crompton Greaves. Azim Premji and Nandan Nilekani are not satisfied by leading billion-dollar companies; they want to hit the two and then five billion mark as fast as possible, preferably each before the other. K.V. Kamath has transformed ICICI Bank and taken it to a level that Narayan Vaghul—no mean manager himself—could not have dreamt of. The list of those who have changed is huge, and growing. 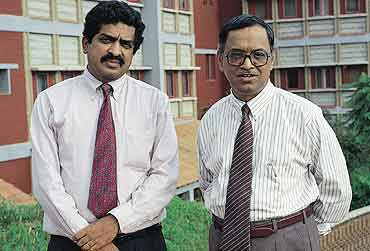 The next 10 years will see more ferocious competition and an even greater churn. The wonderful thing is that today's Indian managers and entrepreneurs have proven themselves capable of radical change. In 1997-98, they were crying about mythical Chinese competition and wanted anti-dumping duties at the drop of a hat. Today, they want to do business with the middle kingdom. That's change for you—the confidence which comes from performance. And may it continue.

(Omkar Goswami is the chairman of CERG Advisory.)

From Centre To Periphery