Modi’s decision to attend the BRICS Summit helped defuse Doklam. It can be used as a platform for peace. 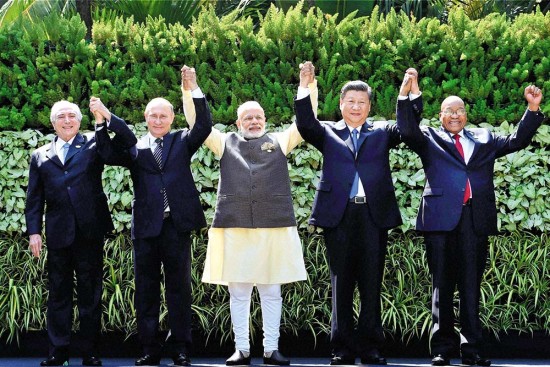 Spin doctors in India and China have been on an overdrive since August 28 to explain to their respective audiences on how the stand-off at Doklam, where soldiers of the two sides faced each other off, raising the spectre of war between the two Asian giants, was resolved amicably without a single shot being fired.

But, more importantly, they had to explain as to how the resolution was reached without making any major compromise from the two countries’ stated positions.

India had moved into Doklam, a Bhutanese territory, after China started constructing a road there in violation of existing agreements. New Delhi felt that the road was designed to give China easy access to the ‘Siliguri Corridor’—a narrow passage that connects the nor­theastern part of the country with the mainland—posing a serious security thr­­eat. China, which claims Doklam as part of its own territory, on the other hand, insisted that India vacate the land immediately, warning that otherwise Beijing will have to take recourse to measures to forcibly evict Indian soldiers.

Despite the belligerent statements that poured out of various sections in China, negotiations between the two sides, especially among its senior diplomats and officials, continued in an attempt to reach an amicable solution. India, surprisingly, showed admirable equanimity throughout the crisis, deciding not to match China word-for-word in raising the temperature  further.

Understandably, the resolution to the standoff on August 28 was reached only after both sides agreed to adopt a more flexible position, while agreeing to leave the interpretations of how it was settled to their respective spin doctors. For India, the bottomline was an assurance from the Chinese that road construction activities at Doklam will stop. For the Chinese, it was immediate...