Laughter In The Dark

A former Pakistani minister surveys the quirks of his office and country with wit and self-deprecation, but doesn’t flinch from skewering those who’ve earned his ire 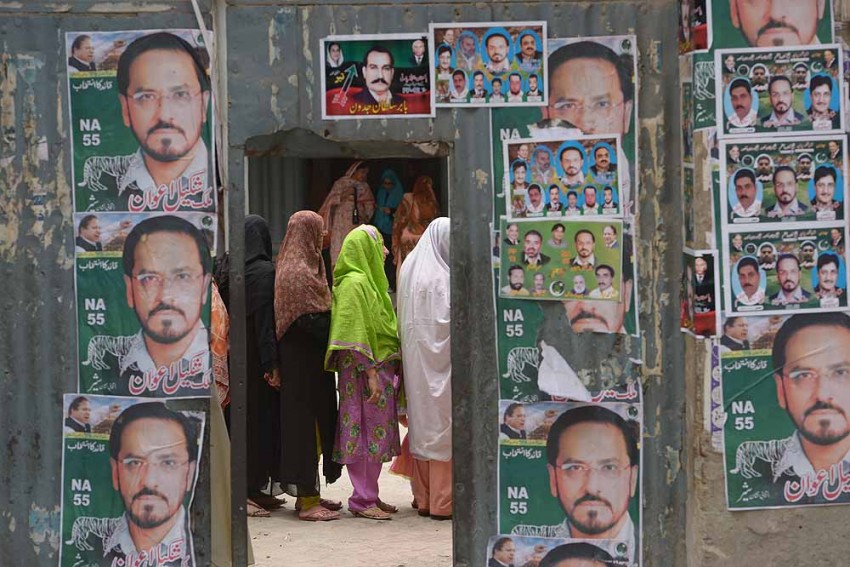 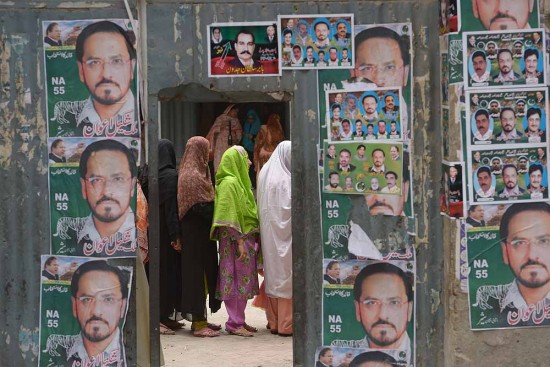 South Asian politicians do not keep diaries. Most Western politicians do. And a great deal of history is written on the basis of the immediacy that is offered by the word written in the white heat of the moment. Which is why Neville Cham­berlain’s letters to his sister are a more authentic record of the appeasement of Hitler than the bland official record. Or the gossipy diaries of Chips Channon of the Churchillian milieu more than the grandiose (and self-serving) grandstanding of Churchill’s own magisterial works. And the master of all diarists is surely Alan Clarke, whose delightfully indiscreet observations and naked but innocent ambition mark his Diaries as the authentic voice of the Thatcher years.

Fakir Syed Aijazuddin has more than filled the South Asian lacuna with this wickedly perceptive account of his six months as minister of culture, environment and tourism in the interim government of (Pakistan) Punjab betw­een Gen Musharraf’s last days in office and Zardari’s rise—November 2007 to April 2008. Aijaz is a veteran diarist, who has published his earlier diaries; as minister he merely continued a habit inherited from his very British education. Only Yes, Minister matches the wit and charm of this engaging memoir.

Referring to Nawaz Sharif’s spectacularly abortive attempt to dismiss Musharraf while he was on a flight to Pakistan from Sri Lanka, Aijaz kicks off: “Unlike his military predecessors, General Pervez Musharraf did not rise to power. He descended to it.” He quotes Musharraf as later saying that Sharif’s was “the coup; the army’s response was the counter-coup!”

However that may be, Musharraf’s years in power were much like Aijaz’s summing up of his Kargil adventure: while Kargil might have become “a South Asian military textbook case (had it succeeded)”, as it was “well-timed and well-begun”, it failed because it was “ill-conceived and ill-executed”. He attributes this to Musharraf, with his lower middle-class upbringing, being “unusually prone” to getting overly “imp­ressed by those who were wealthy”. “Musharraf’s cabinet,” he discovered, “consisted of wealthy businessmen who had private wealth and therefore could afford to be employed beneath their means.” Among these were the finance minister-turned-prime minister, Shaukat Aziz, a Citibank high-flyer whose favourite boast was that he had earned enough for three generations of his family. “Suave, persuasive and non-committal, he had every intention of insinuating himself into the new order until he was indispensable to it.” The end was so apposite. He flew off to Davos for the World Economic Forum—and disappeared from public view. “Sic transit gloria” is Aijaz’s final verdict.

Of his own few months as a minister, Aijaz’s acute observations and self-deprecating humour place him in a class of his own. The office he is given is likened to “entering a pharaoh’s vault after some tomb robbers had ravaged it—the bathroom was so dirty and unhygienic that it would have made an eviscerated pharaoh grateful that he would never have to use it.” “Unfortunately,” adds Aijaz dolefully, “I would.” His driver, Qayyum, with evident pride, fixes a “fluttering flag” on the left side of the bonnet of his official limousine. Aijaz, returning home after his first day in office, asks Qayyum to remove it forthwith, wisely adding, “I have to live here afterwards”.

“Everyone who spoke disguised their ignorance under a cloak of generalities,” writes Aijaz about his ministerial colleagues.

His work involves dealing with many whose conception of ‘culture’ could not be more different from his own richly cultivated, sophisticated, eclectic kno­­wledge of the arts. He visits the Nat­ional Museum at Karachi to see the pictures gifted to a newly formed Pakistan by the Royal Academy in London as the “core of the museum’s future collection.... The keeper of the paintings—a young man in his 30s, sporting a black beard­—made no pretence of his lack of interest. It was perhaps the most he could do not to burn them for being un-Islamic”. He describes a meeting in Jhang district, notorious for its Shia-Sunni schisms, as following “a predicta­ble, well-worn sequence—an emphasis on the universality of Islam and its message of humanity between all Muslims, followed by local sectarian recriminations”. And a meeting of Islamic clerics in the Punjab secretariat: “The long table gradually fil­led with maulanas sporting every twist of turban and every length of beard.” One wonders how Aijaz survives in Lahore.

His tangles with the bureaucracy leap straight from the chronicles of Hacker and Humphrey: the “inevitable Power­Point presentations” that “described grandiose projects that were all too obviously not supported by sufficient resources or the capacity to implement them”; the director-general who, instead of talking about the environment, “chose to wax lyrical about the personal virtues and leadership qualities of the secretary environment, his immediate superior”; the police chief who “complained that one-third of his police constables were deployed in VIP duty, another third are usually on leave, and the remaining third attempted to maintain law and order”; “the staff who agreed to humour me” by reluctantly accepting suggestions rel­ating to the Lahore Fort, though he knows that his “suggestions would last as long as the fumes from the exhaust of my min­isterial car hung in the air”; the discovery of how “information that I in my innocence had assumed to be confidential to the point of secrecy should be known alm­ost simultaneously by all the drivers in the car pool” (Cle­arly, Aijaz does not recall Hac­ker bemoaning that he gets all his information about his own government either from the BBC or from his chauffeur!).

There is, however, one official, the general manager of a tannery pollution control project, who receives Aijaz’s approbation: “I am not sure how emotionally involved or passionate anyone can become over tannery sewage, but the general manager of the facility came as close to that ideal as possible”.  There is another, “with a beard as long as his experience”, who refuses to change because it has always been done this way. The wily Aijaz then gives him the example of the Holy Prophet (Peace Be Upon Him) who changed everything that was done the old way in Mecca. At this, the old greybeard pondered for a moment and then replied: “You have given a very apt analogy. Don’t worry. We’ll change”. The bureaucracy, however, wins the last argument—as it always does. Musharraf’s challenger, Aitzaz Ahsan, is at a party thrown by a high-ranking bureaucrat, and after roundly abusing Musharraf, Aitzaz shouts out to his host, “And you work for this arch-criminal”. Unfazed, the bureaucrat replies. “Come into power and we will work as faithfully for you.” Ouch! And touche!

As for his ministerial colleagues, “everyone around the table who spoke disguised their ignorance under a cloak of generalities”. The chief minister, he says, “listened to each complainant with a stoic patience that made me suspect he must be deaf”. And waiting for Musharraf to arrive up, “we twiddled our thumbs and made small talk that dwindled into yet smaller talk, until it wound into concentric circles of banality”. And notes in his diary: “I feel so sterile—no one in the secretariat takes their ministers seriously, the chief minister does not take his ministers seriously, and the ministers do not take themselves seriously”.

Aijaz’s solid core of secularism owes much to the family tradition of open-mindedness set by his distinguished ancestor, Fakir Syed Azizuddin, who served as Maharaja Ranjit Singh’s foreign minister. He learns of a proposal to build a six-bedroom hostel for Sikh yatris and innocently enquires how many yatris are expected. They “number over a lakh,” he is told. “And you are building accommodation for only six?” asks Aijaz. And adds, “They knew they had been caught out. The accommodation was not for Sikh yatris but for their own officials”. He talks quite unselfconsciously of Musharraf’s first PM, Chaudhry Shujaat Hussain, handing over office to Shaukat Aziz— “having served his purpose as the sandals of Rama”. He stops at the Hindu shrine of Katasraj “as it seemed almost irreverent not to stop”. He recalls in loving detail the annual Christmas pageant he and his wife attend on a very cold evening, where he says his “stirring words of inter-religious warmth” were welcomed but “suspects the audience would have preferred something more mundane like more efficient gas heaters”. But above all what he celebrates, justly, are the “two centuries of friendship between the Sikh Khalsa and the Fakir family”.

The book takes a sombre turn with the tragic death of Benazir Bhutto. He is stupefied at TV nonchalantly showing the police hosing down the forensic evidence hours after she was assassinated. He reserves his most cutting comments for Asif Zardari: “Too clever by half and too devious by another half”. With a mischievous gleam in his eye, he attributes Zardari’s surprise choice of Yousaf Raza Gilani as PM to Gilani “not being Amin Fahim, not being a Sindhi, (and) completely loyal to the PPP and therefore to Zardari”. Of the coalition Zardari formed with his arch-enemy, Nawaz Sharif, to leverage himself into office as Pakistan’s president, Aijaz has this to say: “He first dented Sharif’s credibility by entering into a coalition with him and then precipitated his departure by not adhering to the bold print in their agreement”. And, finally: “Mr Zardari’s political adroitness is a mixture of wily dexterity and cold-blooded pragmatism. His admirers say he has done nothing more than use his opponents’ strength against them. It is not an opinion shared by his victims.” He concludes by damning the Zardari government as “no more than a form of caretaker government, between a self-made autocrat and an elected one.” Bravo!

Get Over Weight-Loss Worries