The royal masque in Akbar’s glittering court at Fatehpur Sikri is occasion for Sealy’s exquisite poem-prose, decorated with words, absences and old longing 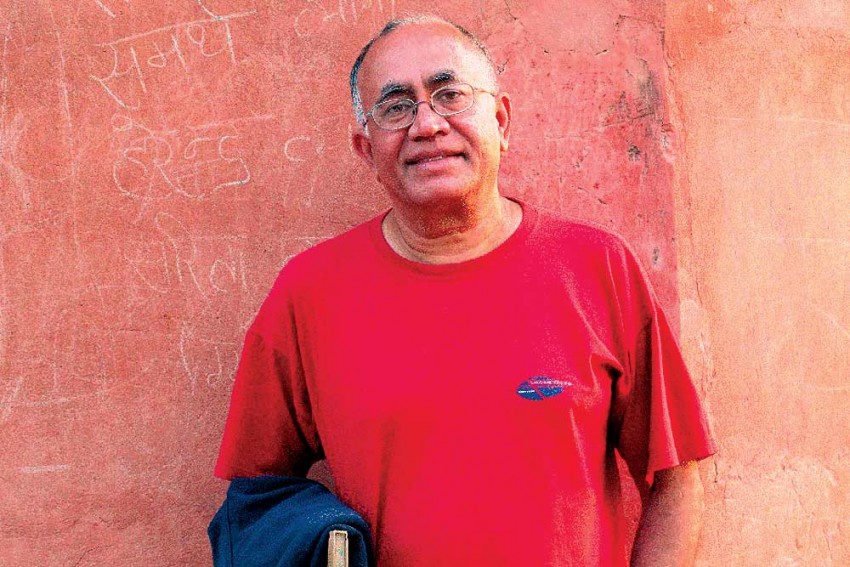 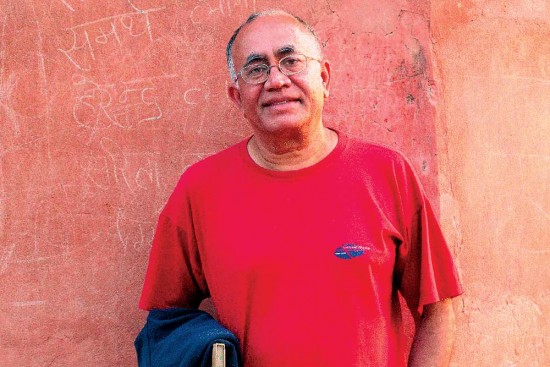 Elaborate disguises, pomp ceremony and architecture. Enter the king stage right and his flou­nces. Throw in a queen or a courtesan, with the jester doing the sutradhar number as it was in the time of masques and unmaskings. A slow, stately pavane filled with different forms of language, speeches, sonnets and, if necessary, rhymed couplets.

The masque as a form is honoured in these days of minimalism more in the breach than the observance. Ben Jonson used to stage them in the Jacobean era with the flourishes of Inigo Jones. In most cases, the masque was ceremonial, staged to bring history to life or celebrate a marriage. With those guidelines in mind, the 21st century reader should riffle through the pages of this slim volume.

Inspired by Fatehpur Sikri, where the women of Akbar’s harem performed masques in the king’s inner court, I. Alan Sealy has ventured into an exploration of the form and its rules and rites. Zelaldinus is the Jesuit rendering of Jalaludin, one of Akbar’s names and Akbar is the ruler who the masque celebrates—Montserrat the Jesuit who visited Fatehpur Sikri and who was hopeful of converting Akbar uses the name in one of his notes. Irv is the jester who wanders into Fatehpur Sikri, seeking a page of a history book or the curve of a dome, who knows which?

Different voices come and go—a sage, a Jesuit, Thomas Coryate reimagined as Gol­­ightly, an inveterate walker whose voice is Elizabethanese. Varied aspects of Fatehpur Sikri and even Akbar’s clothes, white on white, flit through the verses. Time passes in the aspect of seasons, as in Sealy’s previous books, though there in poetic prose instead of unmasked poetry. In between are snippets of information, such as until Attilio Petruccioli came along in the 1980s, no one had thought it worthwhile to do a proper survey of Sikri and it was only then that the original lake was discovered.

There are conversations which tend to pick up from Sealy’s memoirs and the aspect of physical labour—of building a wall, a garden—all have been met in his work. Sealy relives the details of building, the organisation and the effort, much the way he did in prose and snatches of poetry in Small Wild Goose Pagoda, and the res­ults are viewed through modern eyes and through Akbar’s own imagined gaze—a wall then and the ruined wall now, a blocked channel which once ran rose petals. A sudden infiltration of Volvo buses and tourists bursts through the elaborate lattice of time.

Is this a long poem? The form keeps changing with the light and location. Is Akbar the writer’s father, mentor or inspiration? Surely, Sealy has brooded over Fatehpur Sikri.

Zelaldinus, like Sealy, is a builder, and as quirky as Sealy himself. He delivers aphorisms, or what Sealy thinks might be his aphorisms, short snatches of whimsy for the email generation, tho­ugh in vocabulary and detail covering four centuries. The book is divided between memories of then, Irv’s reminiscences in Fatehpur Sikri, and present action that moves out of the confines of past grandeur.

Half way through the masque, the jester gives way to the character of Percy, an Indian from Calcutta in love with a girl across the border, though for Zela­ldinus, across the border is where he was born on the run. Sealy evokes the seamless Mughal world which had no divisions to love or anything else and sets it against today’s restrictive universe. Percy’s love is a desperate echo of fraught Indo-Pakistani relations—one which allows, according to Sealy, no human emotion to creep in. Moved by Percy’s despair, Zelaldinus breaks out of the walls of Sikri, and an episode in his past, where love led him to steal a man’s wife, requiring him to manage camels and border infiltration with 21st century efficiency, plays out.

Is Zelaldinus a long poem or is that a too easy a categorisation? Certainly, the form keeps changing with the light and location—though it’s according to the dictates of the masque tradition—and each poem has a title, so that each bec­omes another chapter. Sealy deftly starts a borderline prose to break up any threatened monotony. The pages use words as designs: single words, cruciform paragraphs, narrow columns of words trailing down, odd extra gaps which distract the reader, and which one wonders are gimmick or design. A doppelganger becomes a doppelgone by the time spring has bloomed and winter has passed—though, oddly, there is no Indian autumn, nor the shadings of the six Indian seasons, according to Sanskrit ordering, though presumably that was not vital to Sealy’s verse.

And Akbar, is he the writer’s father, mentor or inspiration, or all three? What is certain, though, is that Sealy has spent time brooding over Fatehpur Sikri and he balances the spaces between lines and thought in a way his fans will appreciate. Whether someone will be inspired to stage Zelaldinus as a son et lumiere performance in Fatepur Sikri has yet to be seen.