Astute Russian diplomacy made the US hold fire on Syria 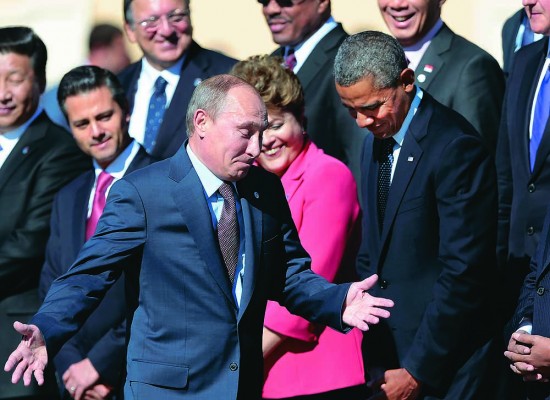 Realpolitik notwithstanding, it is difficult to regard Vladimir Putin as a ‘peacenik’, and Barack Obama, the first African-American to occupy the Oval Office and a Nobel Peace laureate to boot, as a ‘war-mongering’ leader. Yet, the Syrian crisis has effected a curious role-reversal between the Russian and American presidents in less than a fortnight. Putin’s sage advice for a negotiated settlement on Syria is gaining ground with each passing day across the world, including a majority of Americans who are stoutly campaigning against another military misadventure. At the same time, the US president is being seen as a confused leader desperate to get out of a tight situation after his proposed ‘surgical military strikes’ on Syria have left him isolated even in his own country.

“The Russian diplomatic opening at a minimum buys time for everyone; and at a maximum actually provides a solution,” says Richard Fontaine, president of Washington’s Centre for a New American Security.