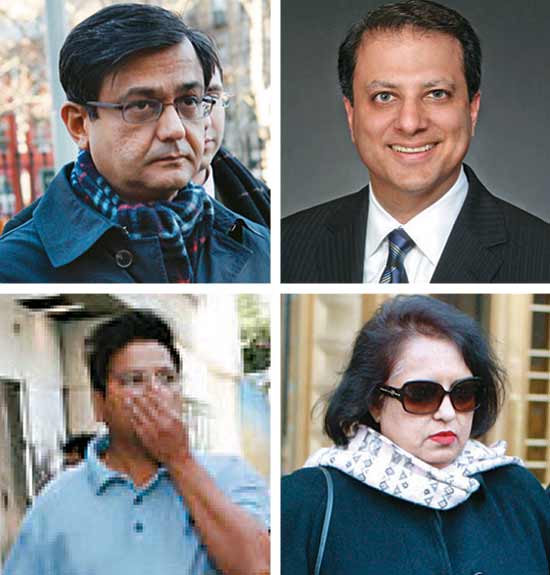 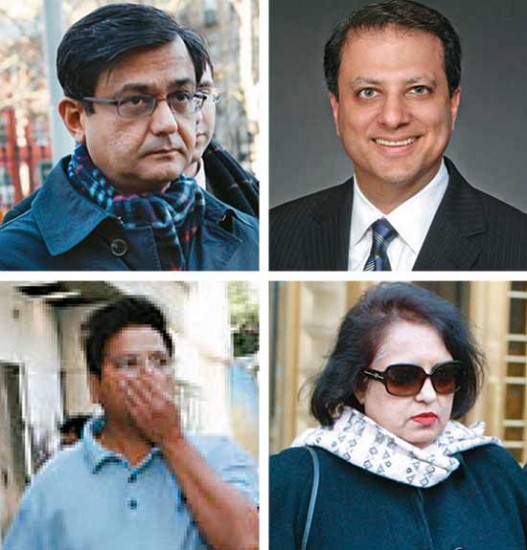 Suketu Mehta’s interview with Raj Rajaratnam was trumpeted as an exclusive. But it is just Newsweek giving Rajaratnam, the disgraced founder of the Galleon group of hedge funds, a forum for some self-indulgent whining: I was betrayed; I was bullied; I did nothing that others don’t do.

Don’t believe a word of it.

Worse, the article is a racist attack on one of the most successful immigrant groups in the US. Mehta writes that “[Rajaratnam’s] whole story speaks to the South Asian-American community: its pursuit of success and money at any cost....” The statement is a grotesque generalisation that stigmatises an entire race of immigrants. One could as easily generalise about any group of people. Are there crooked businessmen? Of course. Are there backstabbing friends? Since the days of Julius Caesar. Is academia political? Probably more than any profession outside the Congress. That does not, however, make all businessmen thieves, all friends suspect or all academics political.

South Asians—mostly from India—have done better than any immigrant group in the US, and the vast majority have done so with honour and hard work. Rajaratnam’s nemesis, Preet Bharara, the US attorney for the southern district of New York, is from Ferozepur, Punjab. Over 2.8 million Indian-Americans have a median household income twice the US average. Most didn’t do it by cutting ethical corners, unlike Rajaratnam’s Wharton School buddies Anil Kumar and Rajiv Goel. Every immigrant group in the US has been discriminated against and has had to fight their way into the corridors of power. Some cut corners, but the majority thrived by dint of their efforts.

A critical reading of the Newsweek article gives better indicators of the truth. Rajaratnam says the FBI bullied him to wear a wire and tap others’ phones to get a lighter sentence. Mehta apparently did not ask why he needed to wear a wire when his phone conversations were already tapped. Outlook readers will remember that it was Niira Radia’s calls that were tapped, not the phones of those whom she called.

Mehta notes there were 600 students at Wharton, of whom 20 were South Asian. Of those 20, Rajaratnam picked only two. Why those two? Could it be that he evaluated them as the ones inclined towards dishonesty? One worked for McKinsey and the other for Intel, so they were not short on money. They were long on greed. In one recording, Rajaratnam complains that even after paying Anil Kumar millions, he was demanding more. Whining about Wall Street, Rajaratnam says: “Not to be crude, but there’s a Jewish mafia, and a WASP [White Anglo-Saxon Protestant] mafia, and an Irish mafia up in Boston.” That is beyond crude; it is outright racism. “We didn’t grow up reading The Wall Street Journal,” Rajaratnam moans. “We didn’t have someone who knew someone who could give us an interview.”

Really? In business school, all of us read The Wall Street Journal, Forbes, Fortune, Business Week and Barrons. Stories would routinely come up in class discussions. How did he get through Wharton? His second complaint is nonsense. Wharton has a placement and alumni network second only to that of Harvard Business School. Even now, 40 years after graduation, I get calls from HBS students—of all ethnicities—asking for advice and contacts. I do my best to help. If Mehta challenged these patently absurd statements, it doesn’t show. Did Rajaratnam just waltz into a Chase Manhattan job?

At Needham & Co, when asked why he was hiring so many South Asians, Rajaratnam told Mehta he read off names of the firm’s traders to George Needham. “Almost all of them were Jewish,” Rajaratnam says. Needham, whom I have met, would have fired anyone who accused him, however implicitly, of such racist bias. Mehta doesn’t say how far apart his two interviews with Rajaratnam were in time. At the first, Rajaratnam sounds proud. At the second, Mehta writes, “he hasn’t showered or shaved and appears listless, guarded.” Could it be that Rajaratnam had finally realised he was going to jail? No longer is Anil Kumar his friend and confidant. Now Rajaratnam describes him with foul words. No more Mr Nice Guy, Raj Rajaratnam.

Astonishingly, this man who managed $7.5 billion in assets and accumulated a net worth of $1.8 billion a year before he was arrested would have us believe he did not consider whether the information he received from Anil Kumar was privileged insider information. Did he think Kumar picked up tips at a bar? Worth millions? Perhaps the real reason for his depression that day was the realisation that he should have listened to the prosecutors rather than to his astrologer.

(The author was assistant managing editor of Forbes)

A Miasma Of Doubt