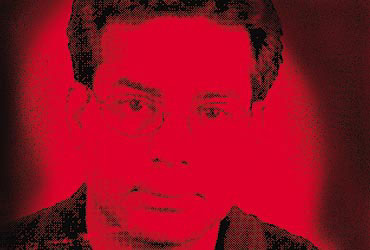 outlookindia.com
-0001-11-30T00:00:00+05:53
Nostalgia for Mumbai did Abu Salem in. The Policia Gudaiciaria, a crack wing of the Portuguese police, believed that the Martim Moniz shopping mall was just the place where he would show up with his second wife, Monica Bedi. Shops in this crowded mall in old Lisbon are owned mostly by Goans, and if there is one place in Portugal with a flavour of distant Mumbai, this is it.

For the past four months, the Portuguese police had been trying to track down Salem's movements following an Interpol notice that he had shifted base from West Asia to Lisbon. Finally, a call from Salem's satellite phone, which was tracked down on the gps at the Lisbon airport, helped them close in on their man.

A full-scale vigil was mounted at the shopping mall. Sure enough, Salem did turn up with his wife, a former Bollywood starlet. Both were strolling languorously, taking in the stalls in the shopping complex on September 17. Cops in mufti, backed by armed police, acted on the definite lead and whisked away both immediately.

The legal wrangles in Lisbon began immediately after Salem's arrest. He was taken to court for remand where it took him three hours to make his plea that he was innocent. To begin with, language was a barrier. He could not speak even Spanish, leave alone Portuguese.

Despite his best efforts, the wily Salem has so far been unable to find a lawyer in Portugal to represent him in the one week that he has been in custody. This task of finding a counsel may not be simple, given the picture painted of him in the Portuguese media as a "supposed Indian terrorist and gangster". The complexity of his situation has meant that he has been unable to get a state defence either. Legal experts and media commentators in Lisbon say that if what New Delhi says about Salem's terrorist actions is convincing, it may be difficult to find a lawyer willing to defend him.

"He has been contacted by an important group of attorneys from Lisbon who are studying the case," Marisa Caetano Antunes from the private TV news channel, Sic-Noticias, told Outlook. "But the final decision of accepting Salem's defence will greatly depend on the will of the accused to cooperate."

As has been the case in many parts of the world, so too in Portugal, the September 11 attacks on the wtc and the Pentagon have given everything even remotely connected with Osama bin Laden and his Al Qaeda terrorist network a virtual pariah status. It would be a brave lawyer who will risk his career and reputation by defending a suspect in a terrorism case.

Salem's arrest and his alleged association with terrorism and Al Qaeda has shaken Lisbon up. So much that even Prime Minister Jose Manuel Durao Barroso was forced to publicly remark that the Portuguese authorities still don't have "all the elements on this suspect's story". Barroso also said that Portugal has not received any request for extradition from New Delhi. And that will not be easy, whatever information the Indian authorities hand over to Lisbon.

For Salem, a prime accused in the 1993 Bombay serial blasts and better known as Bollywood's extortion king, it was a case of being third time unlucky. In November 1997, he was detained by the Sharjah police while travelling under the alias Akhil Ahmad Azmi. The Indian agencies were then tantalisingly close to getting a grip on him. But for some inexplicable reason, he was allowed to let go on grounds of "insufficient" evidence by the time the paperwork was complete at the Indian end. Then, in October last year, he was picked up in Sharjah again. This time he was relaxing in a sprawling villa. But the underworld don (this time under the alias Hammed Atiq) escaped the dragnet along with Monica Bedi due to lack of cooperation among the various authorities in Sharjah.He made good his escape to a safe haven in Nairobi.

But this time around, it might be comeuppance for Salem. Post-September 11, when countries are keen to show they are not providing sanctuary to terrorists and the US taking more than an ordinary interest in seeing Al Qaeda suspects are nabbed, New Delhi looks hopeful. "I'm confident that Salem will be deported. Nations can no longer wait for terrorists to strike, cause havoc and then act tough. The need now is to cooperate," emphasises cbi director P.C. Sharma. His belief is strengthened also by the fact that at least two criminals on India's most wanted list—Raju Anandkar and Muthuparai—who had been in hiding in the uae, have been handed over to the authorities in the past four months. A third criminal, Ahmad Bhatki, a trusted aide of Dawood Ibrahim involved in counterfeit currency, also faces deportation.

Losing no time, the cbi has sent a three-member team—additional director Vijay Shankar (head), STF SP O.P. Chhatawal and legal counsel S.K. Sharma—to Lisbon with all the "relevant" documentation. "The first visit could be exploratory in nature where we'll hand over the papers to the Portuguese officials," says Sharma. This elaborate dossier includes photocopies of Salem's five passports, including the one issued in Anjos, Lisbon (F-188100), copies of his fingerprints and a case history of his crimes which will be presented to officials in the Portuguese interior ministry. Says a raw official: "On our part, we have done our homework. There should be no stonewalling from their side."

As news of Salem's arrest filtered in, a letter from the ministry of external affairs was immediately dispatched to Lisbon, listing Salem's key role in the Bombay blasts and his links with terrorist groups. Keeping the diplomatic pressure on, external affairs minister Yashwant Sinha personally took on the responsibility of briefing US secretary of state Colin Powell and assistant secretary Christina Rocca on the need to get the mafia don back post-haste. "The US state department and fbi director Robert Mueller are in close touch with the Portuguese and the case is being monitored closely," says an official in South Block. The case being made out for Salem's deportation is that he could reveal the links of international terrorist groups which have been financed by his drug and money-laundering operations.

That's precisely the reason why New Delhi has only focused on Salem's role in the Bombay blasts which killed over 250 people and damaged property worth Rs 27 crore. "We've chosen to highlight this alone as at this stage it's imperative for all countries to demonstrate the will to help in the fight against terrorism," says a senior home ministry official. Back home, Salem is also wanted in at least eight murder cases, including the killing of cassette baron Gulshan Kumar in 1997 and a host of extortion and drug cases.

Though both the Mumbai police and the cbi have been keen as hell to get Salem since the serial blasts, both organisations realise that a maze of legal formalities has to be gone through this time. For starters, the external affairs ministry has decided not to embark on an extradition route and has instead made a request to deport Salem as it involves a far simpler procedure. This, because European Union rules—which Portugal must abide by as a member of the Union—do not allow extradition to a country which has a death penalty, such as India. Besides, no extradition treaty exists between India and Portugal.

Though intelligence agencies in New Delhi are reluctant to openly admit it, an important lead to Salem's whereabouts came from the D-Company. Salem and Dawood Ibrahim had parted ways in 1997 following a bloody turf war. According to raw officials, Dawood's brother Anees Ibrahim, along with his lieutenants, had recently raided the office of Farzan, a Salem aide, in Dubai"After holding Farzan hostage, they threatened to kill him if he did not disclose Salem's precise location," says a raw official.

During the search of Farzan's office, Anees stumbled on photocopies of Salem's passports and Monica's three forged passports. The passports had visas of countries such as Switzerland, Canada and the UK. There was also a uae resident visa. Fauzia Usman was shown as Salem's wife, who in reality was Monica. "But a passport issued in Lisbon under the name of Ramesh Kumar with no particulars of either the father's or mother's name was found," says a cbi official. This apparently aroused suspicion and coincidentally it was not too long after this incident that an Interpol notice was sent to Lisbon.

Right now, Portuguese judicial authorities are holding Salem as a "suspected terrorist". The judicial authorities say his arrest was "executed in accordance with an international arrest warrant". But he has committed no crime in Portugal other than carrying false documents. He stands charged so far only with possession of forged papers. The Lisbon police are expected to launch a prosecution over the offence. Alas, that will not help establish him as a terrorist and, thus, cannot lead to his deportation to India.

Unless Lisbon is given evidence that backs the accusations of terrorism, assassination, organised crime activities and money laundering, he can be detained for a maximum of 90 days.

The Portuguese government is itself helpless in the matter. A strict separation of judiciary from the government means that the Portugal may be sympathetic to India, but the final decision rests with the judiciary. Neither President Jorge Sampaio nor Prime Minister Barroso have any authority to deliver the "suspected terrorist" to India. In earlier cases involving members of the Basque separatist organisation eta in Spain, it was the courts that had final word on extradition claims.

In the best-case scenario for New Delhi, the Portuguese police could still execute a deportation order issued by the government in Lisbon—but he cannot be deported to India or to any country that has the death penalty.

The way out of this legal jungle is not clear as yet. Both cbi and South Block mandarins are keeping fingers crossed. Having managed to escape the scanner twice, Salem is sure to scan all legal loopholes. But this time the cbi too is sure they'll get him.

Mario Dujisin In Lisbon And Murali Krishnan In New Delhi

Light Up The Spiral