"Land Is The Big Issue"

SEZs are the best bet for commerce minister Murasoli Maran. Excerpts from an interview with Paromita Shastri. 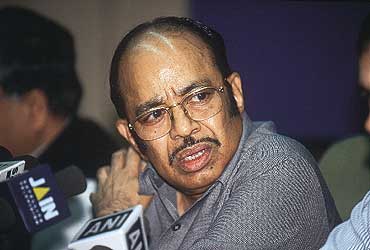 We've been inward-looking all these years. To make exports a people's venture, we have to create export consciousness and allow participation of all—from farmers to iit graduates. The new policy makes the maximum effort to involve people. For the first time, we've removed QRs on exports and we're giving special importance to agriculture and cottage industries.

Why did the high export growth of the mid-'90s fizzle out?

First there was the East Asian crisis. Then, a global slowdown. After 9/11, the world has changed. Instead of 125-130 containers, the ports of New York and New Jersey are clearing only 10-15 containers. Plus, the domestic slowdown. We're not the only ones affected, Hong Kong export growth was -12.2 per cent in January, Malaysia was -2.1, Philippines was -9, Taiwan -20, Japan -4.2. Even China clocked 0.3 per cent in February.

I doubt even that. We've only 1.5 per cent or so up to February, how will that change in a month?

Import duties have been completely ignored by the exim policy..

The FM has announced that we'll go down to East Asian levels in three years. We can't do it at one stroke. We've to protect our local industry. Bush is protecting his steel industry, nobody opposes that.

Our latest focus is on SEZs...

SEZs are a great success in countries like Australia and China—45 per cent of China's exports are from SEZs. SEZs will be treated as foreign territories. Whatever goes in will not be checked, whatever comes out will go straight to the ports/airports. But the Centre has no role to play except for giving permission. Some states are already doing it on their own or in joint sector.

What is the transition time you're expecting?

Positra has already had a financial closure for Rs 2,000 crore. Land has been acquired in TN. Land is the biggest issue here, so it will take time. It is not a problem if the state gives priority.

(For the full text of the interview, click here )