Lakshya is not hysterical like LoC, the killings are largely matter-of-fact than melodramatic and the capture of peak 5179 is as much a Cliffhangar adventure as it is about being an Indian. 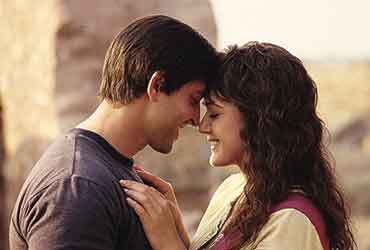 Lakshya left me feeling mixed-up. And not for the extended Dil Chahta Hai hangover. It made me wonder if war and cool can make for a good screen pair. Lakshya isn't hysterical like LoC, the killings are largely matter-of-fact than melodramatic and the capture of peak 5179 is as much a Cliffhangar adventure (fetchingly shot by Christopher Popp) as it is about being an Indian. But in Bollywood, war necessarily means patriotism, Hindu-Muslim-Sikh-Christian secularism and desh-bhakti geet. Very noble, just that they sound jarring within Farhan's understatements. Blame Javed Akhtar's script, Lakshya would have been a better film if only Farhan had escaped populist tokenisms like the Muslim soldier (Sushant Singh) proving himself to be an Indian (John Mathew Mathan did a better job of it with Mukesh Rishi in Sarfarosh). Here the scene leaves you with that cringing feeling.