This is my opportunity to go down in history as the Bill Gates of the pepper spray industry... 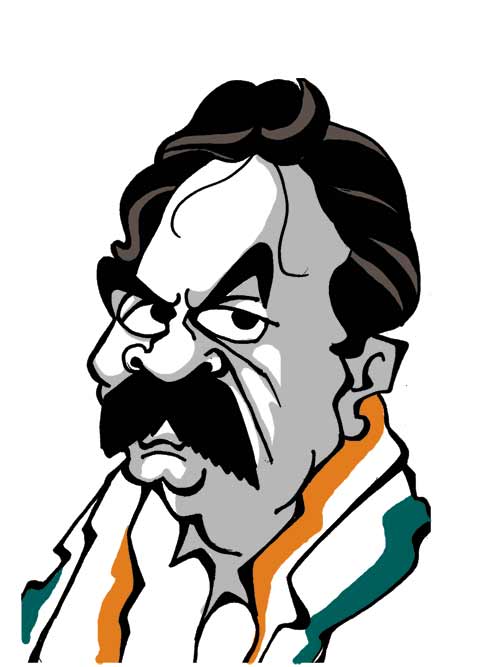 Ahhchooo...ahchooo...ahchooo, where is that damn hankie? This is my opportunity to go down in history as the Bill Gates of the pepper spray industry but my sneezing does not stop. The Mallus think they dominate the  pepper spray market (anything to do with pepper) but we the proud sons of  Seemandhra have taught not only them a lesson but also the entire Indian nation. To use the pepper spray in the Tirumala temple was okay, I did this without fuss. But my pioneering effort in letting the spray do the talking in the Lok Sabha really let the cat among the pigeons. When a man’s life is in danger, why shouldn’t he use the spray to save it? Yes, my life was really in danger. I was surrounded by pro-Telangana ruffians and Telugu Desam MP Venugopala Reddy who brandished something that looked like a knife rushed towards them to rescue me. I was without weapons except the pepper spray. Like the mythical Arjuna and Krishna who used weapons like the Brahmastra only during moments of grave danger, I remembered the pepper spray and let it go! It was either me or the pro-Telangana hooligans. And it saved the brave heroes of Seemandhra from annihilation by the Telangana hordes!

Under Congress rule, life is no longer safe for peace-loving citizens like me and we have to protect ourselves. Now don’t jump to conclusions and think I acted like a woman in using the spray. Ask anyone in Parliament and Andhra Pradesh, they will tell you spine-chilling stories about my heroism. Ha, even that Raj Babbar tried to beat me up. I had to tell him  this was not a filmi fight but a real one and showed him the spray. He fled! The fellow had not heard of my exploits in my home city Vijayawada where to this day mothers threaten their naughty kids with dialogues like, “Look, be quiet or we will call Lagdapati who will ‘jagda’ with you and smash you to pulp.”