A low-profile organisation comes under the scrutiny of intelligence agencies 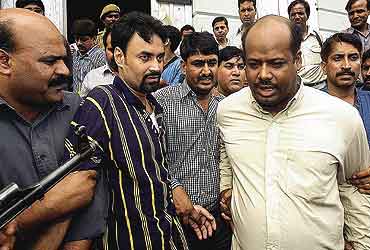 The IB and Delhi Police should know about the imss. A little over three months ago, acting on an IB tip-off, Delhi Police had arrested Abdul Raouf Hawash, a Sudanese national, and his Indian co-conspirator, Shamim Sarwar, with a pre-fabricated ied or improvised explosive device filled with 6 kg of rdx and a detonator. Two others—Abbas Hussain Sheikh alias Abbas Bhai and Arshad Khan alias Laddu—were arrested later.

With these arrests came to light a larger plot hatched by a bin Laden loyalist, Abdul Rehman Al Safani, another Sudanese national who is "supposed to have visited India on a fake passport". However, the police could never lay their hands on Al Safani. "His whereabouts are not known; he just disappeared after the arrest of Hawash," says a top official of the special cell of Delhi Police.