Our lumbering genius against an army of martial artists? Even where India Inc has an edge, it may be back to deuce. 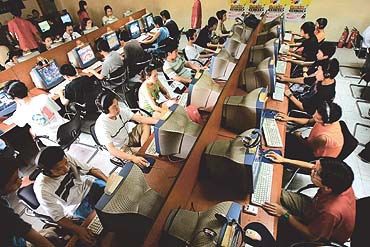 outlookindia.com
-0001-11-30T00:00:00+0553
Last week, steel minister Ram Vilas Paswan and his junior colleague Akhilesh Das articulated the China scare among Indian policymakers and the business community. Paswan said there was a need to regulate the entry of Chinese steel firms, the fear being that the latter will dump the Indian market with low-cost products. Das was "much concerned" about exports of iron ore to China, and felt they should be kept "to a bare minimum". His worry: supply of cheap and high-quality ore is helping Chinese steel to be more competitive than India’s. Of course, in both instances, the ministers were merely voicing the apprehensions of domestic steel firms.

In the past, the UPA government has questioned FDI inflows from Chinese firms in "sensitive" areas due to security reasons. The result: Indian FDI in China is 10 times the figure for the reverse flow. India also refused contracts to a consortium of Kaidi Electric Power and China Harbour Engg in ports, and Huawei Technologies in telecom. The Chinese ambassador to India, Sun Yuxi, agreed but downplayed the issue: "...sometimes problems occur and we need to overcome them quietly. I am very happy to hear the new (Indian) foreign minister remark that Indian policy is not discriminating against any Chinese company."

There is no skirting the issue, India Inc is wary of Chinese competition. As China emerges as the "factory to the world", Indian firms have lobbied with the government to impose stiff anti-dumping duties on imports of Chinese products—from silk to polyester, tyres to phosphoric acid. Indian industry bodies have also realised the imbalance in the booming bilateral trade. A CII study this month found that while India’s major exports to China are low-priced commodities (iron ore, plastics, chemicals), the latter "is exporting more value-added products (electrical and electronic machinery, and mechanical appliances)".

Clearly, despite the public optimism that the two nations can cooperate and together herald the beginning of the Asian Century, at a subliminal level, India still views China "only" as a threat. Even in areas like software where India is miles ahead of China, there’s an emerging view that in the near future the dragon may just outwit the elephant, as the latter did with the eagle. In sectors like energy, where India and China have discussed partnership possibilities, New Delhi’s strategy has been driven by fear of, and loathing for, Beijing. And in manufacturing, where China is a global frontrunner, India is struggling to hold on to its spot.

Before we delve further, let’s face up to a macro truth: in broad economic terms, the dragon overshadows the elephant. Here’s how McKinsey Quarterly (’04) described China Power. "The numbers are mesmerising: since 1980, China’s economy has grown by more than 9 per cent a year. The country now manufactures 75 per cent of the world’s toys, 58 per cent of the clothes and 29 per cent of the mobile phones. More than $1 billion in FDI arrives each week. By 2008, China will be the world’s third-largest exporter." India’s done exceeding well in the recent past, but it pales before such mind-boggling figures.

Read the statistics again, for they tell you a story of grandeur in manufacturing. China has scale in terms of production capacities, the size of local markets, and is attracting huge FDI. Coupled with high labour productivity and cheap inputs, it enjoys a huge cost edge. Agrees Venugopal Dhoot, chairman, Videocon Industries, "These days, when costs are a major factor, China has an advantage." Adds R.V. Kanoria, who heads several CII committees, "Chinese realities will continue to take the wind out of Indian manufacturing’s sails."

But then, isn’t the reverse true about the strengths of Indian services, especially software and BPO? Didn’t the segment titled ‘software/ITES/BPO’ clock an impressive exports growth of 33 per cent to reach $23.6 billion in 2005-06? Isn’t everyone talking of India as the prime destination for both outsourcing and offshoring? Aren’t foreigners dying to set up bases in India? Doesn’t the country have all the requisite ingredients—manpower and management—to maintain its numero uno position in this area? The answer to all these questions: not quite.

Take a look at the trends in key areas, where India currently scores over others. The first is low labour costs. This is no longer true as China and East Europe are cheaper. In fact, salaries in Bangalore have been on the up; at an all-India level, the annual remuneration of a project manager has gone up by 25 per cent, and that of an entry-level engineer by 15 per cent in the past few years. In addition, global HR consultants feel productivity levels in China and East Europe are higher than India’s. 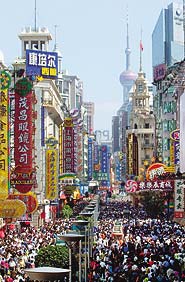 Moreover, as global MNCs set up manufacturing bases in China, they’re forcing Indian software firms to do the same to cater to the former’s IT needs. Agrees Raghavendra Tripathi, who heads Satyam’s China operations, "Our global clients have huge manufacturing facilities in China, and want us to service them from there because of logistics." Adds a senior manager in TCS, an early entrant into China which services 25 active customers, "Targeting newer markets in Japan, Hong Kong and Taiwan is easier if you are present in China." So, for cost and operational reasons, Indian software firms are busy setting up new campuses in China.

Now India’s big advantage also lies in its sizeable engineering talent pool—1.5 million in ’05—and a mass of young English-speaking graduates with below 7 years’ experience (16.5 million). However, the McKinsey Quarterly article maintains that "only a fraction of these people are suited to work in MNCs.... Just 10 per cent of the Indian students with generalist degrees in the arts and humanities are suitable, for example, compared with 25 per cent of all engineering graduates."

The twin problems: inconsistent standards across universities and less-than-standard English. "Graduates from certain regions appear to be handicapped by strong local accents", making them unsuitable for call centres, and HR managers in software firms "rank language problems as one of the top three handicaps of engineering applicants". If things don’t change, India will face a classic talent squeeze. As the McKinsey Quarterly piece remarked, "Our forecasts show that demand for India’s young professional engineers (for software) is likely to exceed supply by 2008, if current growth in demand persists. Significant shortfall of talent is also expected in the field of business process offshoring...over the next 3-5 years."

Surprisingly, the opposite is happening in China, where engineering graduates comprise 33 per cent of the total university-educated workforce, against India’s 4 per cent. China is also aggressively teaching English to its young schoolers; it’s even importing teachers from India. Over the next 5-10 years, China may possess a bigger English-speaking pool. Says the McKinsey report, "And just as these bottlenecks are developing (in India), low-wage countries such as China, Hungary and the Philippines are gearing up to challenge India’s lead."

If such predictions turn out to be true, Indian IT firms will have to establish sizeable operations in China. It’s already happening with TCS, Wipro and Infosys setting up campuses there. This is why software analysts estimate that in a few years’ time, 40 per cent of annual revenues of Indian IT firms will come from Chinese operations. Manufacturing outsourcing has moved from the US and Europe to Japan, East Asia and China. IT outsourcing, which moved from the US to neighbouring nations and low-cost European nations and, finally, to India, can shift to a new destination, China.

The China threat looms over India in two other areas also—energy and bilateral trade. In energy, the two are in the race to acquire global fields for energy security; both are huge importers with demand growing at a similar 4 per cent annually. Yet, China is again far ahead of India. An indicator: since 2000, the state-owned ONGC has invested $3.5 billion in overseas exploration compared to China National Petroleum Corporation’s $40 billion. Worse, ONGC has lost out to China in several bids in Nigeria and Kazakhstan. 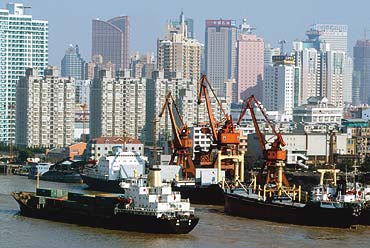 Explains Subir Raha, ex-chairman, ONGC, "China is more aggressive in packaging bids. While ONGC opts for cash offers, China offered defence equipment along with cash in Angola. The coordination between Chinese firms and their government is much better too, which is why ONGC lost out in Nigeria and Colombia. India should offer additional incentives to support ONGC." In some deals like PetroKazakhstan, China gets away because of huge financial resources—its petro firms are much bigger—and its increasing diplomatic clout.

Even when India does get into a country beforehand, the Chinese are quick to capture lost ground. In Russia, for instance, ONGC’s global arm, ONGC Videsh, stole a march by buying a stake to develop the Sakhalin fields. Last year, both India and China tried to partner with Russia, which was trying to raise $9 billion to re-nationalise Yuganskneftegaz, the production subsidiary of the ailing Yukos. Both China and India failed to win the equity deal, but the former loaned $6 billion to Russia in return for guaranteed supplies at a bargain price.

It’s largely due to these reasons that India decided to cooperate with China and jointly bid for certain global fields. It was the fear that the Chinese will consistently repackage their bids and offers to suit the sellers’ requirements that forced India to push for a joint agreement. But Raha says it was driven by the realisation on both sides that competitive bidding was benefiting sellers, who were getting higher prices. The bottomline: even he agrees that with energy security considered as important as food security by both nations, "India and China will continue to bump into each other even as they cooperate in this area."

A similar situation will continue as far as bilateral trade ($17.62 billion last fiscal) is concerned: the two will agree to boost it, but continue to charge each other with dumping goods. Already, experts feel the total could cross the $100-billion mark by 2010. At present, the trade balance is in favour of China; it exports a third more than what India does. The only way to change this situation, says a CII study, is to reduce transaction costs for Indian exports, improve connectivity, and build the India brand in China.

In conclusion, let’s not leave with a bad feeling that India can never compete on an equal footing. Our services sector may still hit back by climbing up the value ladder, and re-outsourcing low-value work to China. The manufacturing segment may yet develop scale and skills to become global players in auto components and pharma. As has happened in the recent past, India may strike fresh domestic finds to fulfil energy needs. ‘Made in India’ products may still create a global buzz. Finally, India may just climb onto another futuristic bus, become the sort of knowledge economy that no one can be like. It’s all in the realms of possibility.