Is Oscar glory for Abu a gossamer dream? 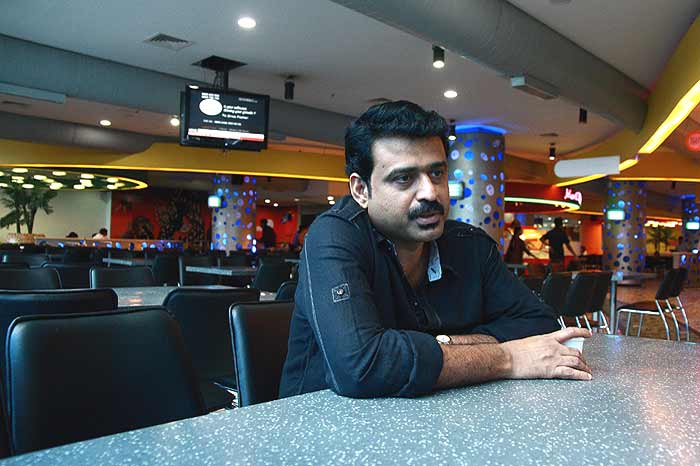 The story of 39-year-old filmmaker Salim Ahamed and his debut feature film Adaminte Makan Abu (Abu, Son of Adam), India’s official entry to next year’s Oscars, has many parallels. The studied pace of the film, almost geriatric in its movements punctuated by deep sighs and silences, captures the travails of a septuagenarian couple Abu and Aishuamma (essayed by Salim Kumar and Zarina Wahab) attempting to fulfil a life-long dream to go on Haj to Mecca. Abu, who sells unrefined attar and religious books to a deodorised world, tightens his dhoti, skips meals and quenches his hunger with water from a roadside well. He believes that Allah will never accept a hajji who makes the hallowed pilgrimage on borrowed money and thus he refuses his neighbour’s offer of financial help. Now, Salim Ahamed needs about Rs 2 crore to take his film to Los Angeles and promote it. But it comes as no surprise, given the subject of the movie, that he will not accept money from fans or borrow from friends to promote his film: that’d be betraying the spirit of the film. He is looking for corporate sponsors or state funding.

But the government has no money either. It has never funded any of the films it has chosen as the country’s entry to the Oscars. Marketing of their films is the producer’s and director’s problem, not the state’s. “We do not have any provision to support them financially. But we can help them in any other way,” says Supran Sen, secretary general of Film Federation of India. And no big corporate benefactor has come forward as yet. But money problems are nothing new to Ahamed. The film cost just over a crore—every rupee raised from what he had saved up over the years working on scripts for television serials and assisting directors went into it. And even then it was a tough task as not many producers were willing to bet their money on him. Though working with a low budget, Ahamed would not compromise on any technical aspects in Adaminte Makan Abu. Says award-winning cinematographer Madhu Ambat, “Ahamed and I speak the same language. We were working under tight constraints but he wanted to make the best possible film.” But back then, Ahamed had no idea what he would be up against in the journey to the Oscars—that the publicity in the run-up to the nominations would exceed the cost of his film. There are 63 countries vying for the Best Foreign Language Film Award this year. And there is also the small task of convincing over 800 jury members to see the film and vote in its favour for the nominations. The fight is tough and the Oscar committee website’s opening remark does not mince any words: “Each November, an election campaign commences that rivals, at least in Hollywood, the passions and sometimes the excesses of the quadrennial race for the nation’s presidential elections.”