Knife Under The Cloak 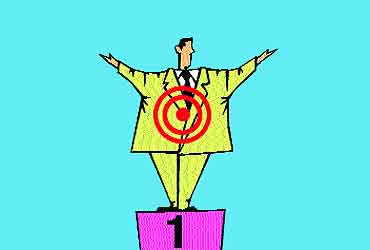 outlookindia.com
-0001-11-30T00:00:00+0553
Another of India's so few centres of excellence is on the verge of crumbling before a sustained attack by an authoritarian but populist government. The Indian Institute of Management, Calcutta, has accepted the government's diktat to lower its fees. It has thus left IIM Ahmedabad, which has developed over the years into one of the top management schools in the world, out in the cold all on its own. If IIM Ahmedabad fails to find a compromise that the government can accept, the autonomy of India's six prized institutes of management will come to an end and they, like hundreds of moribund colleges and universities in the country, will pass into the dead hand of the bureaucracy.

In politics, when you want to commit murder, you cloak the knife thrust in high moral principle. That is what the HRD ministry has done. How dare the IIMs charge Rs 1,50,000 a year in a poor country? Are they only for the privileged? Since it leads to privileged jobs, do they not institutionalise the monopoly of the rich on power? So off with their heads, or rather, down with their fees!

When the institutes pointed out that lowering fees to Rs 30,000 a year would destroy their financial viability, depriving them of a major part of their annual incomes, the HRD ministry blithely promised to make good the deficit. It did not explain where a cash-strapped ministry, in a government whose annual expenditure was 36 per cent more than its income, would find the extra money. And significantly, there was not a murmur of complaint from the finance ministry.

This silence exposes the concerted nature of the Vajpayee government's move. Its purpose is nothing other than to bring these institutions under the control of an increasingly Hindu nationalist, authoritarian government. What other explanation is there for reversing more than a decade's effort to bring tuition fees in higher education closer to the cost of providing it? A study by the education ministry in 1989 had shown that while students at a liberal arts college were paying Rs 15-50 a month, the annual recurring cost of their education was over Rs 10,000 a year. The subsidy skyrocketed to over Rs 60,000 a year for engineering colleges, $100,000 a year for the world-famous Indian Institutes of Technology, and around Rs 1,50,000 a year for medical colleges. All in all, the total subsidy on the recurring cost of higher education was to the order of Rs 5,000 crore a year. Many fees have been pushed up since, but costs have risen even faster.

The IIMs have been the lone exceptions to this rule. Set up in the '60s and '70s, they do not suffer from the historical overhang of pitifully low fees and poorly paid staff of the regular universities and colleges. Nor are they under the complete control of the government. Instead, they are run by societies composed mainly of their own alumni, and boards that were guaranteed a large measure of autonomy from the very beginning. They therefore worked out a system whereby salary and other costs were calculated for each department, and averaged for all the students after deducting other income earned by the institutes (mainly through consultancies). One result of this policy was that the gap between what they charge per year and what the IITs and the medical and engineering colleges charge has kept growing. This is what is being exploited to brand the IIMs as elitist.

The IIMs' observation that the Rs 3,00,000 that a two-year course costs is readily available from any bank as a loan against the admission letter, and that it amounts to no more than 2-3 months' starting salary for the average graduate cut absolutely no ice, with the HRD ministry secretary resorting to threats to amend the statutes under which they enjoy their autonomy if they did not bend to its imperious will.This left them with no option but to go to court.

But the HRD ministry does not consider itself bound by court directives either. When the government promised in court to make good the loss of earnings and not to tamper with the functioning of the IIM boards, the court threw out the IIMs' complaint, but with the caveat that the government should inform it of precisely how it intended to safeguard the IIMs' autonomy. When several weeks passed and no such clarification was offered, the Supreme Court reversed its judgement and decided to hear the case. With that the die has been cast for an all-out confrontation with the government.

IIM Ahmedabad's latest offer is a last-ditch effort to avoid this. It has proposed it'll raise fees by 5 per cent in order to give scholarships to those who qualify for admission but whose parents earn less than Rs 1,50,000 a year. If the government does not accept this, then it will have no option but to battle in court to the bitter end.

Any government that genuinely wanted to widen access to the IIMs would have jumped at the offer, at least as a starting point for further negotiation. It could ask the IIMs to increase the proportion of scholarships to 10 per cent or more, and fund the additional recipients from the central budget. This would be far more egalitarian and would cost a fraction of the sums it would have to dole out to cover their deficits under the fee reduction plan. But it is a safe bet that Murli Manohar Joshi will not accept the proposal. For in the past three years, his ministry has altered curricula and textbooks and packed every supervisory and selection board concerned with higher education with Hindu nationalist teachers and professors, often of mediocre quality. It has not left even that other centre of excellence in higher education untouched. A year or more ago, it banned the IITs from getting donations from their alumni directly, and insisted that they be routed through a fund controlled by the HRD ministry. Let all those who are beguiled by Vajpayee remember this: in a BJP regime, the only things at a discount are academic integrity and freedom.