Killing Fields Of The Nation

A spurt in civilian killings casts a long, dark shadow on the increased counter-insurgency operations in Kashmir 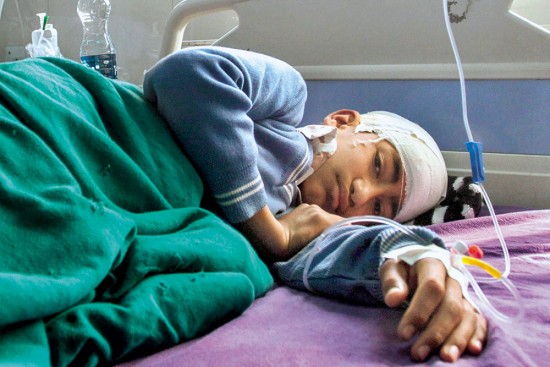 Outside the Shri Maharaja Hari Singh Hospital in Srinagar on Saturday, April 5, at about 10:15 am, personnel of the J&K Police’s Special Operations Group (SOG) pounced on the body of a teenager, who had been mowed down by an armoured police vehicle when the forces were retreating from the Chattabal area after an enc­ounter in which three militants were killed. Doctors at the SMHS hospital declared the victim, 18-year-old Adil Ahmed Yatoo, “brought dead”.