Ricky did finally lose that number. It was time. 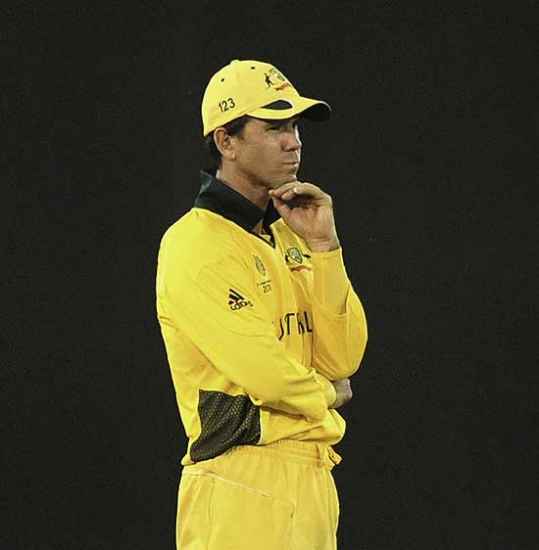 I’m not at all surprised by India beating Australia in the quarter-final. This match, as Ricky Ponting later said, was probably his last at the World Cup and marks the end of an era of domination by Australia. I had closely watched the seven-match series between England and Australia that no one really cared about after the Ashes. As Australia won 6-1, I got a very good look at its team and realised that it wasn’t as good as the scoreline suggested. One of the most glaring things for me was their batting. Michael Clarke was out of form, Ricky Ponting was not playing, and Cameron White was at No. 4 or 5 and David Hussey at No. 6. It was clear that their line-up just did not have the depth of old.

For somebody like me who’s grown up watching Australia as such a dominant force in world cricket, it took a while to come to terms with the fact that this was not the same Australia. For until now, in every world tournament, Australia would be my firm favourites, even when going through a slump, because I thought they had mastered most aspects of the game. But the kind of ability with which they wanted to replace certain players who have retired hasn’t quite come in. That is why I thought this Australian team was going to be a very weak defender of their title, and it turned out just like that.