To be up at dawn on a December morning, clamber atop an elephant and proceed to look down on a somewhat puzzled 2,800-kilo one-horned rhino from about 20 feet away defines for me the Kaziranga success story... 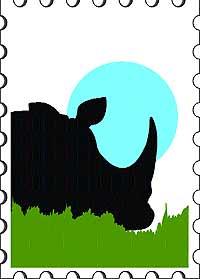 To be up at dawn on a December morning, clamber atop an elephant and proceed to look down on a somewhat puzzled 2,800-kilo one-horned rhino from about 20 feet away defines for me the Kaziranga success story. And there were plenty of his family around, dozens quietly chewing grass in the vast plain by the water bodies, some hiding amongst the tall grass. Yet, it was not all placid and pastoral. The quiet was abruptly shattered by an amorous male making a beeline for a female guarding her calf. She let out a series of loud harrumphs and chased away her advancing admirer; the noise and the thud of hooves as the female charged was a sharp reminder of how dangerous the jungle is.

I was fortunate to be accompanied by district forest officer (DFO) Dibiya Dhar Gogoi. Sitting beside me on elephantback, he quietly opened up the jungle’s secrets: the wild boar hiding in the thicket here, the elephant herd camouflaged in a clump of trees there, wild buffaloes by the water’s edge, a tiger’s recent clawmarks on the tree to our left. As our elephant lumbered on, we chanced upon a rhino, its back bleeding from a recent attack by another. Gogoi explained that rhinos do not usually attack with their horn, which is actually made up of hardened hair. This injury was a bite by a pair of powerful jaws. A few minutes later, we stumbled upon a pair of swamp deer, two male barasinghas with their horns interlocked. One lay inert; at first glance, it appeared dead. The other was standing, unsuccessfully trying to extricate himself. How long this effort at disentanglement had been going on one was not to know, but they were sitting meat for prowling carnivores: the park’s 100 or so tigers, panthers, hyenas and wolves, abundant in number but less visible. Luckily, the sanctuary is part of the 62 per cent of India under mobile coverage. This enabled the DFO to make a few deft calls from our perch on elephantback. Meanwhile, the mahout tied the tall grass into knots at regular intervals, jungle pointers to a particular location. Within half an hour, forest guards arrived and successfully separated the animals.

The Shock Of Reality

That afternoon, we entered the jungle again, this time in an open jeep. At the Bimoli crossroad, we met up with three guards who were sitting on the road blocking our way. They suggested we turn back. A large elephant herd had been sighted in the direction we sought to take and as it was almost dusk, it would be dangerous to proceed further. The guards also headed back on foot, apparently conversing animatedly. This perhaps dulled their instincts. Suddenly they were charged by a female elephant hiding in the thicket. Two made sharp about-turns and were able to run to safety. The third, a guard for 23 years, fired six shots in the air from behind a tree. Undeterred, the elephant smelt him out and trampled him to death. His rifle was found beside his body. The tragedy was a terrible shock to us. A cloud of gloom descended on the whole camp.

The rangers and guards must also remain on constant alert against poachers who lie in wait to disable a rhino in order to cut its horn, which they sell to feed the aphrodisiac desires of men much further afield. These gangs of marauders have to be lucky just once to claim their booty, while, to protect its own, the forest has to be lucky each time. In 2010, poachers killed five rhinos in a single raid. A fierce gun battle had then ensued and their mission was partly thwarted; they managed to get away with two horns. As 2011 ended, Kaziranga lost two rhinos and both had their horns chopped off. Still, this is a war that the forest officials are clearly winning. Rhino numbers rose from 1,850 in 2006, to 2,048 in 2009. The rhino census is undertaken every few years and ngos and the media are invited to join the exercise to ensure transparency. Legend has it that when Mary Curzon visited in 1903, only eight rhinos had survived the burra sahibs’ shikars. She persuaded her husband, the Viceroy, to declare Kaziranga a Reserve Forest. A completely wholesome decision taken by Lord Curzon before he went on, in 1905, to divide Bengal, which of course blotted his copybook in India forever. But, thanks are due to the Curzons’ efforts to protect the great Indian one-horned rhino in this beautiful part of Assam.

A Call For Help

In the end, a plea: Kaziranga is a world heritage site, a national treasure. About 900 regular and temporary staff guard it. They perform their duty while separated from their families. Can we not consider a medical coverage scheme for them and an educational allowance for their children? It would go a long way to assuage their worries.

Wrapped In A Map