Kalamandalam Gopi--the greatest living Kathakali performer-- on the artform and the improbable stardom he enjoys, even at 80! 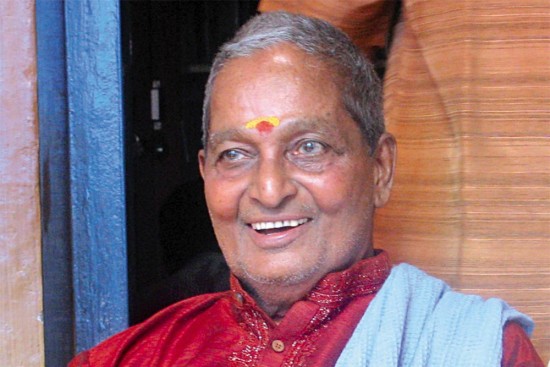 It was precisely this time a quarter century ago, at 54, that I went through the most traumatic phase in my life. I had suffered a slipped disc (off stage) and the doctor gave up, and told me I could never perform again! Shattered, I wept inconsolably before my deity, Guruvay­ur­appan. And He brought me back, within six months, to where I always belonged: the bare, cold floor of the Kathakali arangu. The venue: where else, but Guruvayur. A wave of untold grace and relief washed over me as I took the stage. A huge crowd had turned up. I remember that night-long show clearly: it was May 1992, a couple of days before I retired as principal from Kalamandalam, also my alma mater.

My trysts with that famed temple town haven’t been all about piety, of course. Guruvayur was also where I spent a lot of my boh­emian days. Jayasree lodge used to be a frequent haunt for us friends; we played cards and went on bouts of binge-drinking, smoking beedis non-stop. Some well-meaning sorts expressed heart-felt pain over my fondness for drink, but those days it was what boosted my spirits the most. For the past 15 years, it’s just the reverse. I don’t touch the stuff; as an artist, you want to squeeze the best out of yourself. My career has flourished like never before—the old and the young watch me today keenly, meet me backstage. An improbable stardom, even at 80!

I have specialised in enacting romantic heroes. Their make-up and costuming require time—no less than six hours! My knees ache these days. I can’t anymore sit cross-legged while they meticulously put all that paint on my face. Chair-seated, I concede, isn’t the classic posture...