Home  »  Magazine  »  National  » Cover Stories  » Interviews  » Interview »  ‘Kashmir Struggle Is Neither Communal Nor Islamist. It’s For The Rights Of People.’

‘Kashmir Struggle Is Neither Communal Nor Islamist. It’s For The Rights Of People.’

'Kashmir struggle is neither communal nor Isl­amist,' says Dr Farooq Abdullah who was recently elected to the Lok Sabha in a byelection from Srinagar where only seven per cent votes were cast... 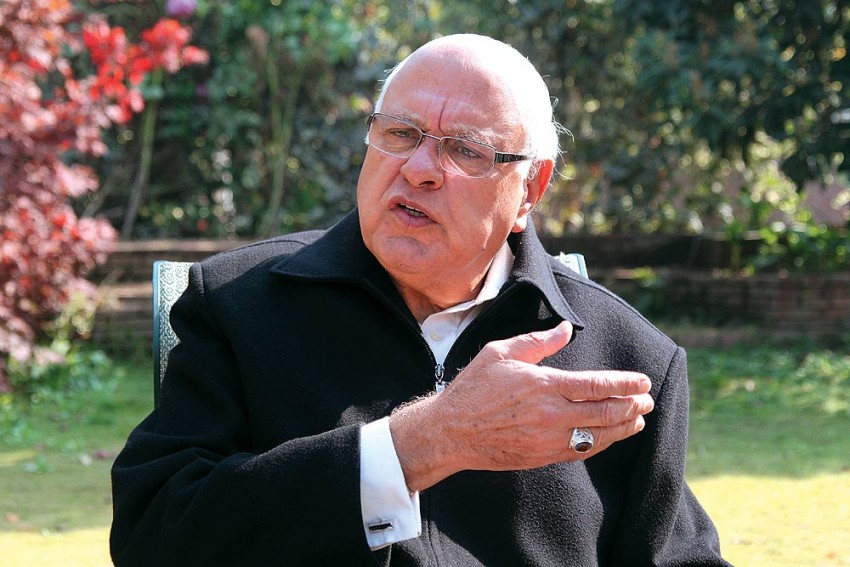 Photograph by Javed Ahmad
Naseer Ganai May 19, 2017 00:00 IST ‘Kashmir Struggle Is Neither Communal Nor Islamist. It’s For The Rights Of People.’ 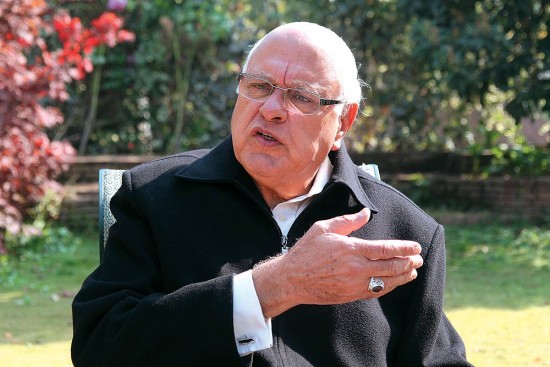 Dr Farooq Abdullah, who was recently elected to the Lok Sabha in a byelection from Srinagar where only seven per cent votes were cast, says the Kashmir struggle is neither communal nor Isl­amist. It is the Kashmiri people’s struggle for their rights, maintains the National Conference veteran, adding the call for azadi is a response to “continuous repression”. In an interview with Naseer Ganai, Dr Abdullah holds the ruling PDP responsible for the present crisis, as it formed the government with the BJP after having sought votes against the saffron party. The PDP’s “deception” is behind much of the current unrest in South Kashmir, he claims. Excerpts.

How do you see the current situation in Kashmir?

Well, that is before us to see. The present government has failed bitterly in restoring peace in the state. No development work has been undertaken. Whatever is here is what were done during the rule of Omar saheb (ex-CM Omar Abdullah, Farooq’s son). They are just cutting the ribbons of what was done that time or projected then.

Is development the only issue?

There are many issues. The main issue is political. It is not just an issue of development. It needs to be solved politically.

We won’t dispute if Mehbooba says the PM alone can resolve Kashmir. He must talk to all stakeholders.

If she says he can solve, who says ‘no’? We don’t dispute that. But he (PM) has to take those concrete steps towards solving the problem. They have to talk to all stakeholders to find a lasting solution. They have to talk to separatists as well as Pakistan. That only the prime minister of India can do.

So you agree with Mehbooba?

You also met PM after getting elected. What transpired?

That is not possible for me to tell you. I just put before him the whole picture of Jammu and Kashmir.

You stressed for dialogue with separatists or Pakistan?

After all, I met the PM. In that I have to talk on many matters.

In your campaign during the latest byelection, you repeatedly said the state’s Muslim majority character is in danger.

I never said that. Where did I say that?

It was reported in the media…

You see, there definitely is a feeling of unrest in the majority population of the place. Seeing what is happening across the county, in Uttar Pradesh particularly.

Azadi is because of the tragedies inflicted on people. But for them, things would probably have been different.

Also, a list of judges (the J&K government proposed this February) has three selected—all from Jammu. The rest, who were to be selected from Kashmir, have been dropped. And some of them are those who worked with the government in the 1990s when we were in a bitter condition! We are not against the judges being selected from Jammu. But what about Kashmir? This reminds me of a situation when Sher-e- Kashmir (Sheikh Abdullah, Farooq’s father) was prime minister and there was selection done for telegram and telecom posts and not a single Muslim was selected. And Sheikh saheb took this up with the then PM Jawaharlal Nehru and his close confidant Maulana (Abul Kalam) Azad. Sheikh saheb said, “How will I face my people when you have completely left them out?” It’s the same situation today. How is Meh­booba going to explain to the people that these four judges have been left out and on what basis? Were they not competent?

Would you say the RSS is a real threat?

There is always a threat from the RSS. There are going to hold a session in Jammu. Don’t you think people are not looking at what is happening or what is being done? Young boys are being taken to Delhi and then brainwashed in Nagpur. Is that not a worrying situation?

You were also an ally of the BJP…

What is the difference in the BJP of that time and now?

You see, (A.B.) Vajpayee had 23 parties in his ruling coalition. Not a small thing. It was 23 parties that made that government (1999-2004). We were part of it; the National Conference wasn’t the lone partner. And we had no tie-up here. Today, the difference is the very people who went to people for vote and got 28 seats formed government with the BJP. Mufti saheb (PDP founder Mohammed Sayeed) told people that time that they want to keep the BJP-RSS out. Today, much of the unrest in south Kashmir is because they deceived the people.

You appealed to Jamaat-e-Islami in this poll campaign.

They are part of the state. How can you ignore them?

The Hurriyat is also part of the state. Even the PDP says so. It’s not only the National Conference that says the Hurriyat has to be brought into the dialogue process. That was their agenda.

How would you compare the struggle after 1953 and the mass uprising of the 1990s and now?

The present struggle is on since 1953 for people’s rights. After all, the state joined the nation, it didn’t merge. It accessed on certain principles and one of the important among them was Article 370, which was eroded. Not only by Delhi but by our own people. All the blame doesn’t lie with Delhi.

How do you see the present struggle? There is a section that calls it communal and others who say it is Islamist.

The struggle is not communal or Islamist. Those who say it is communal must relook into themselves. The Kashmiri is not communal. It is not a Muslim political struggle either. It is a struggle for the rights of people for the restoration of Article 370. It is for Hindus, Muslims, Sikhs. We have never been communal. We fought against the autocratic rule. Was that communal? We wanted the rights for the people and our struggle is still the same. It doesn’t look at only one section of people. It looks for every community.

Is it only for restoration of Article 370? What about azadi?

Azadi was because of tragedies inflicted on the people of the state. If these tragedies were not inflicted, probably things would have been different. It is time for the nation to wake up and see what is happening to us.

The Government of India says it will not hold talks with separatists or Pakistan.

Situations change. Things don’t remain same. Time will come when they have to talk. The question is how much damage will be done till that day comes.