Kashmir Is A ­Political Problem. Govt Must ­Accept This: Mirwaiz Umer Farooq 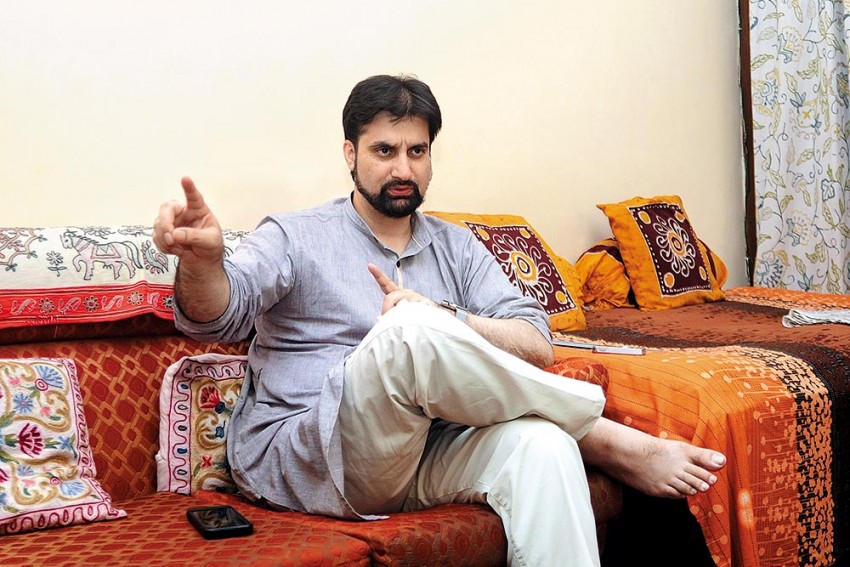 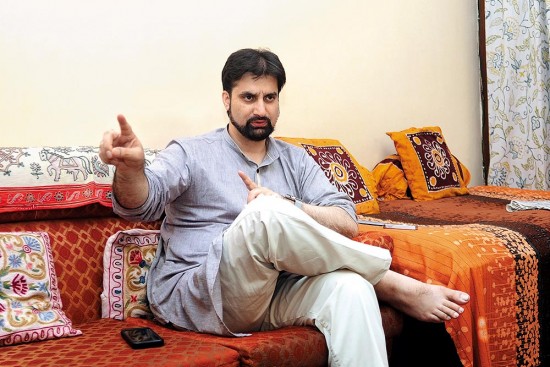 Hurriyat Conference leader Mirwaiz Umer Farooq tells Naseer Ganai that New Delhi should stop projecting the Kashmir issue as one of terrorism, and seek the solution through negotiations among Kashmiris and the Indian and Pakistani governments. Edited excerpts from the interview.

What’s happening in the Valley these days?

The situation is unprecedented. An anti-people policy has been adopted and a completely military approach is being ­implemented. The Indian Army’s Operation All Out is basically “Operation Wipe Out”. Innocent civilians are being ­targeted and we are seeing the highest number of civilian ­casualties ever in operations. It is clear the Indian government is using brute force to suppress the voice of the people.

Many PDP and BJP leaders allege the separatist leaders didn’t reciprocate to the unilateral ceasefire during Ramzan, forcing New Delhi not to extend it and thus ending any prospect of dialogue.

A ceasefire is no solution, and this was not even a real ceasefire, restricted only to “non-initiation of combat operations”. It was for the militants, not us, to respond. I don’t know whether the government had done any groundwork for it, like what was done in 2002 when Atal Behari Vajpayee was PM. Then the government had approached the (separatist) leadership and also involved Pakistan. This time we didn’t even know the thinking behind it, and yet we responded positively. We asked about the political process as militancy is an ­offshoot of the political problem, but there was no clarity about it (ceasefire and dialogue) within the government. The home minister was saying something, and the army chief something else; the BJP was saying something in Jammu and something else in Delhi.

We have always believed in engagement and said the problem can be resolved only if there is a serious realisation that we need to address it. For that, you need to accept Kashmir is a political problem. It is neither a law-and-order problem, nor one of ‘development’ or young people getting incentives, as PM Narendra Modi often says. It is humiliating for the people of Kashmir that every time we raise the matter of resolution, they come up with packages and sops and talk about incentives. The people are not dying for that. There is no clarity in the government’s approach towards the political ­dispute of Jammu and Kashmir.

Hurriyat seems to be losing grip and Kashmiri youngsters have taken over….

Yes, the Hurriyat leadership is not visible on the ground, but that’s because we are being confined to our houses. For the past 10 years, successive governments have confined the Hurriyat leaders to their houses. We have not been able to go out and meet people. We are not able to go to the funerals and offer our condolences to the families of those who are getting killed. It’s a total crackdown on the Hurriyat, for choking the political space available to the leadership. And yet the people follow the Hurriyat programme.

What is the Hurriyat’s roadmap for a resolution, given the present dispensation in New Delhi?

We see only two possibilities of a solution: implementation of international agreements calling for plebiscite and referendum in the entire (erstwhile) princely state of Jammu and Kashmir, or dialogue among all parties—India, Pakistan and Kashmiris. Kashmir is not a bilateral problem. New Delhi and Islamabad have tried it in Tashkent and other places. New Delhi and Srinagar have tried it in the accord between (then PM) Indira Gandhi and Sheikh Abdullah. All ­acc­ords have failed. New Delhi is in denial and its projection of the Kashmir issue as one of terrorism is unfortunate. New Delhi is not ready to concede it is an indigenous movement, though now it’s the fourth generation into it. Young boys are now joining militant groups. It’s the government that is forcing them, by refusing to recognise that it has to engage with the sentiment of Kashmir. Hurriyat will push for realising the ­asp­irations of Kashmiris. The government has no other alternative but to realise the sentiment and address the dispute. Sooner or later, it must.