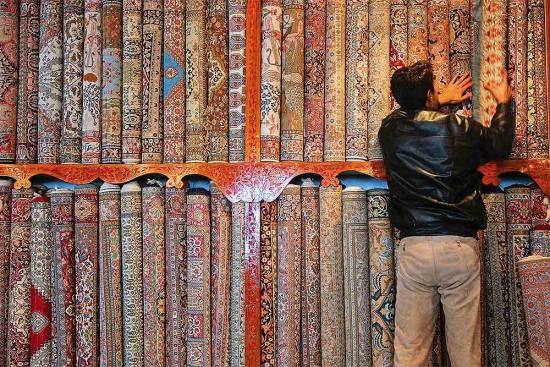 Nimble fingers pass a string of silk through a warp of vertical threads, tying intricate knots and often comb-beating them to a tight finish. The weaver varies the colours of the weft to create figurative images, occasionally glancing over the talim—a piece of paper, the blueprint of motifs and layout decided before the loom was strung at the kharkhana.

The routine continues for at least five months, kind of like a gestation until the child is born. The outcome of this lab­our of love: the handmade Kashmiri silk carpet, around Rs 87,000 apiece. Their beauty, of course, is priceless.

However, the 700-year-old Kashmiri carpet industry, which remained largely unaffected by the insurgency scarring the Valley since 1989, is spinning into decline because of the international economic crisis. In the turbulent 1990s, when the Valley faced large-scale crackdowns and shutdowns, the artisans wove carpets, embroidered pashminas and handpainted papier mache boxes in their homes. Exports brought good money. The industry grew.

At the peak of its business, with a...