Kashmir: A State Of No Peace 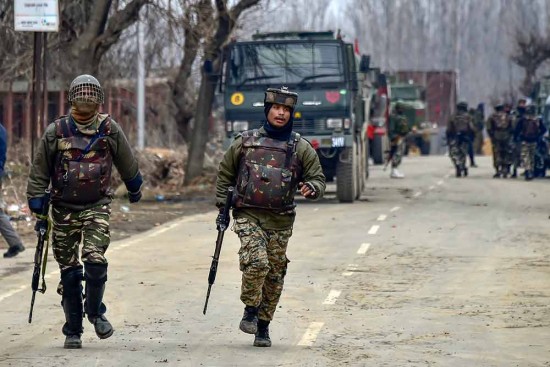 Thursday, February 14. Ayesha Begam, 43, was on the terrace of her house when she heard a loud explosion that shook the whole building. Nothing like anything she had heard before. As she rushed out of her house with her two children, she heard “two or three bullet shots”. That was more familiar—an encounter, she thought. Perhaps bigger than usual. “We live in south Kashmir and also on the highway…we are used to it,” she says. Lethpora, just 25 km or so south of Srinagar, is bang on the highway going through restive south Kashmir all the way to Qazigund, the last town before the Banihal tunnel that connects the Valley to Jammu across the Pir Panjal mountains.

Thursday’s car bombing, which killed 40 CRPF personnel, was indeed out of the ordinary—the deadliest militant attack ever in Kashmir. The suicide bombing carried out by