From a romance to a thriller to one of Bollywood’s recently fashionable (but fake) trysts with fancy illnesses, KCK doesn’t know which way it wants to go 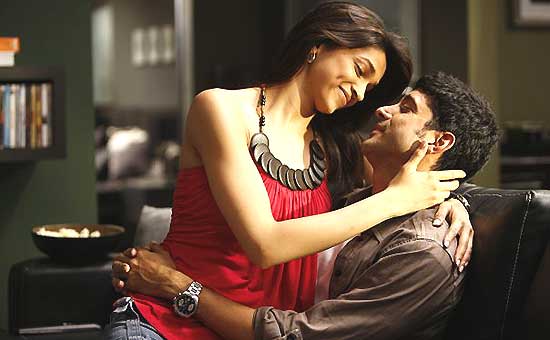 Karthik Calling Karthik starts off promisingly as a witty romance between a geek called Karthik, who gets trampled by everyone around, and a Ms Long Legs called Shonali who catwalks in and out of the office and pretends to do some indeterminate work. Karthik has a soft spot for her but she hasn’t even noticed him in the past four years. Karthik, meanwhile, has his own demon—a childhood guilt—to come to terms with, the reason why he regularly visits the shrink. Then one day, a call comes and Karthik transforms. Newly confident and spruced up, he charms Shonali off her long legs.

So far so good. It’s when the touch of the sinister enters the plot by way of Karthik’s alter-ego that the film begins losing its hold. From a romance to a thriller to one of Bollywood’s recently fashionable (but fake) trysts with fancy illnesses, KCK doesn’t know which way it wants to go. There’s nothing tantalising or intriguing in this genre-jumping. In fact, it makes things clumsy. The fact that Deepika has a long way to go as an actress is visible in even the smallest of gestures. Like the gingerly way she holds on to and lights her cigarette (but mind you, her character is quite a smoker). She’s an impossibly pretty artifice than someone believably beautiful. Farhan looks good (together they must make the most good-looking couple in Bollywood) and acts charmingly when he’s in the throes of romance. But scenes that demand...