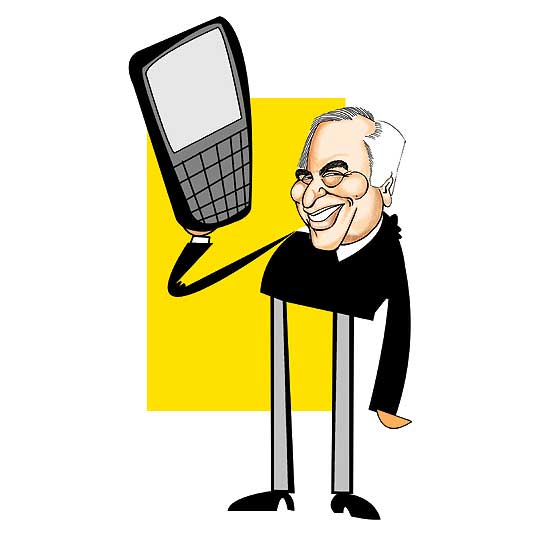 I am extremely happy to report that my first book of poems, I Witness—Partial Observations, has done reasonably well. Luckily, all the senior staff of the science and technology ministry (of which I was then Union minister) picked up a copy, helping sales. But despite this my wife Promila wasn’t quite impressed. “Kapil, your poems have to have gravitas,” she said. “You have to do better than (here she quoted the one I wrote on my Blackberry) ‘Nano tubes/in nano pores/ Nano tech/in nano stores/Nano thoughts/of nano brains. A plethora/of nano claims.’ Why, people may think you are Ratan Tata’s PR consultant with all those nanos.” Well, I admit there is some truth to this. I remember reading somewhere (was it Wordsworth?) about poetry being the spontaneous overflow of powerful emotions recollected in tranquility. To be frank, given my schedule, tranquility is a tad elusive. And spontaneous overflow only happens when I fail to tie my laces at the first attempt and say “damn”. The four-letter word, surely, doesn’t qualify as poetry.

Anyway, all kinds of people have been offering me advice on how to improve my poetic skills. Lalooji even suggested I write on ‘fools-cap’ and not on the ‘white or black berry’. “That way, Kapilji, you will habe isspace,” he said. This is ditto of what my wife and several friends have suggested. So here I am, for better or verse, trying to play a true bard. And let me, without much ado, share my first effort on foolscap: