The first half has some genuinely scary and sinister moments, but the ending feels more clumsy than menacing 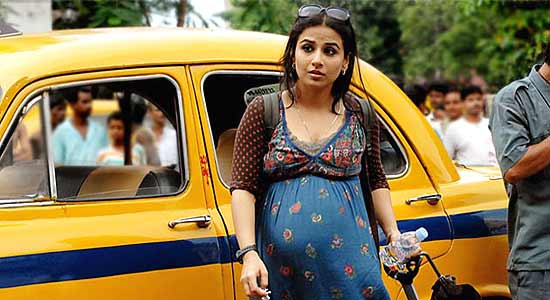 Kahaani begins delectably, as a sensuous ode to Calcutta. The familiar sights and sounds—be it the tram, metro or yellow Amby cabs—reach out affectionately through the indulgent eye-view of the filmmaker. Clearly enamoured with the city, Ghosh is intent on sharing that passion with his audience, using the lively streets as an energetic scene of crime.

Into this landscape of chaos and charm arrives Vidya Venkatesan Bagchi (Vidya Balan), from London, in search of her missing techie husband. He had come to work on a project for the National Data Centre and went off the grid after two weeks. And the mystery around the husband gets more and more confounding. Questions aplenty remain unanswered, lies surface en masse, varied pieces of an impenetrable puzzle are thrown at befuddled, unsuspecting viewers. One inscrutable character after another keeps getting added to the unfolding drama—the friendly, earnest copper Rana, the guesthouse owner, a simpleton LIC agent, the foul-mouthed, uncouth IB officer Khan, the unfathomable IB chief Bhaskaran and the unbending former officer Bajpai. It isn’t the much-feted Vidya, but these characters who lend the film its necessary edge and whimsy, especially Saswata as the sweet and sly LIC agent.

The film works up to this point, building suspense and complicating an ostensibly simple tale of an investigation. The first half manages to hold interest with a couple of genuinely scary and sinister moments. Post-interval, when the unravelling of the mystery begins, the film begins to flounder. It fails to take you to the edge-of-your-seat. Things begin feeling much too staged. Even a natural, spontaneous actor like Nawazuddin, as IB cop Khan, feels overtly mannered. At times, Kahaani is too clever, at others extremely pedestrian like in the depiction of computer hacking and IB operations, not to speak of the ludicrous terrorist angle and the all-too predictable Durga Puja setting for that mythology tie-in.

The ending feels more clumsy than menacing as Ghosh begins to explain each detail at length—very literally. The spoon-feeding takes the intrigue away. I come away feeling cheated and look back at the whole construct with reservations.