With the googly and a disarming smile, Rashid Khan confounds batsmen and raises high his national flag 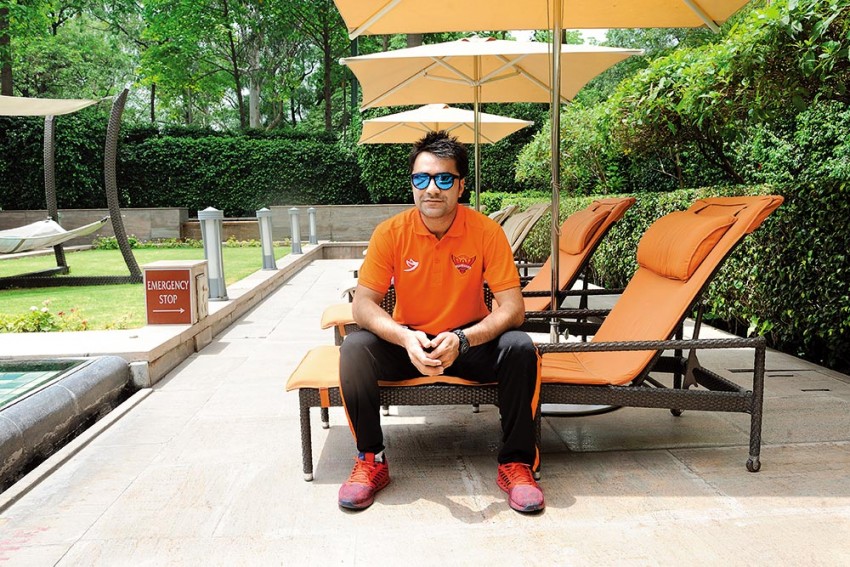 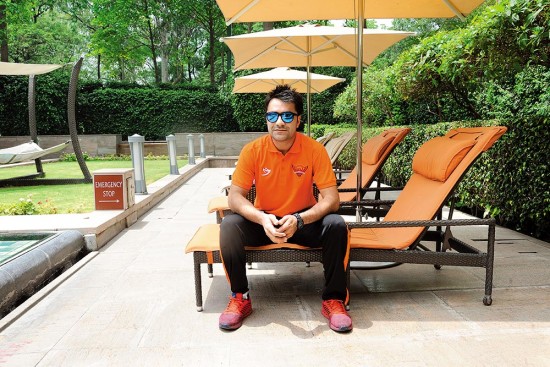 Then it was ‘Kabuliwala’, legendary actor Balraj Sahni’s poignantly endearing, avuncular Afghan in the film adaptation of Rabindranath Tagore’s story who won everyone’s heart. Now, is Rashid Khan, all of 18, spinning a different romance on the cricket field.

In his very second match for defending champions SunRisers Hyderabad, the mystery bowler tied Gujarat Lions batsmen in a variety of knots and tangles. The leg-spinner won the Man of the Match in that encounter for his three-wicket burst —and has not looked back since. He got his first wicket with his fifth delivery in the IPL, and has looked better in every game. His first victim, the fearsome Brendon McCullum, was felled by a googly that the New Zealander completely failed to read and was trapped LBW. In his next over a flummoxed Aaron Finch perished in the same manner. And in his third over, he had captain Suresh Raina trapped in front with a conventional leg-break. The world first saw Rashid Khan through the web he had spun.

“Initially, I was under a bit of pressure ­as I was playing in a big league with some big players. But later on, the coaching staff and the skipper (David Warner) gave me the motivation and confidence—‘just go there; do your best; you can do it’. I just went there and tried my best with what I have and what I know. I just bowled according to my strengths; that has worked for me. That was the main reason I adjusted so quickly,” Ras­hid tells Outlook. Of the Sun­­Risers’ first 11 mat­­ches so far, Rashid played 10 and captured 12 wickets, to be placed a creditable fifth in this season’s wicket-takers’ list. That SunRisers were placed third in the points table after 11 matches and were set to qualify for the play-offs owes as much to Rashid’s teasing line and tormenting turn, as to Warner’s superlative batting form and pacer Bhuvneshwar Kumar’s brilliant bowling.

Before diving into the bullring that is the IPL, Rashid was a regular in Afg­h­­anistan’s ODI T20 teams. He has bagged 53 wickets in 26 ODIs at a superb average of 16.69 and 40 wickets in 24 T20 Internationals at 13.82, before the IPL management acc­epted his name among the five Afghans for the auction on February 20. However, only two were bought, both by SunRisers. Mohammed Nabi was sold for Rs 30 lakh and Rashid for a whopping Rs 4 crore—the highest ever price for an ICC Associate country player. That should help Rashid’s family—his parents are reportedly jobless, though his brothers have a tyre business.

Afghanistan national coach Lalchand Rajput, a former India Test opening batsmen, played a hand in Rashid and Nabi being  picked. Before leaving for Zimbabwe with the Afghan team in February, Rajput had a word with SunRisers’ batting coach Laxman about the two, and then texted him from Zimbabwe a day before the auction. “I have been watching these two players for the last one year. I must thank Laxman that he chose the right people,” says Rajput. “When we were pre­­paring for the auction, (bowling coach) Mur­­alitharan and myself were very clear that we wanted an impact bowler and an impact spi­­nner bec­ause last year we saw what Bangladesh pacer Mustafizur Rehman did for SunRisers. We did not have a quality spinner who could put pressure on the opposition and take wickets. Rashid had that X factor, which comes with players who not only take wickets but have some mystery about their bowling. So we were very clear that we wanted Rashid,” says Laxman.

Rashid’s bowling action might explain the mystery: he has a short, wide-armed, vigorous gallop to the wicket, and a whi­plash of a release makes his deliveries go quicker through the air—much like those of Shahid Afridi, an idol of his. His stock delivery, the leg-break, is not known to turn square, but he has a spitefully sharp-turning googly. An equally well-disguised straight one usually puts hapless batsmen in three minds.

SunRisers chief coach Tom Moody’s sole doubt about Rashid revolved around his temperament, but that’s all right now. “It has been wonderful to see Rashid perform so well in his first IPL. Given his recent success with Afghanistan we were confident he had the skills to have an impact in the IPL. The unknown was whether he had the temperament to withstand the pressure of a tournament like this. It is fair to say he has been an overwhelming success. This is not only wonderful news for the SunRisers but for the game in Afghanistan,” says Moody, a former Australian multiple World Cup-winning all-rounder.

Afghanistan selectors spotted Rashid’s talent early, when he was 17. His ODI average is a superb 16.69.

The Afghanistan selectors had spotted Rashid’s prodigious talent early, and pic­ked him in the national ODI team against Zimbabwe a few days after he turned 17 in 2015. On the same tour, a week later, he made his T20 Inte­rnational debut. He has also represented Kabul Eagles in Afghanistan and Comilla Victorians in the Bangladesh Premier League.

Conventionally speaking, leg-spin is considered a luxury in T20. But both Laxman and Rajput have different takes. “If you see the history of any format, leg-spinners always pick up wickets. But in T20s, people have got a mind-set that the economy rate for a bowler is crucial. I am a firm believer that when you pick up wickets the economy rate automatically comes down. Leg-spi­nners have that rare ability to do that and put pressure. Every franchise has got at least one leg-spinner, if not two. We’ve got two—Pravin Tambe and Rashid,” emphasises Laxman. “Leg-spi­nners Karn Sharma, Amit Mishra and Yuzvendra Chahal have done well. I was particularly confident about Rashid bec­ause he has got a quick action. It is difficult to pick his leg-spinner and googly. But the best thing about him is his ‘tappa’ (the spot where ball pitches), or accuracy,” points out Rajput.

Rashid is richer by the IPL experience. “Playing with some top coaches like Moody, Muralitharan and Laxman, you always learn. IPL is quite different from other international leagues. Most times, we have played with ICC Associate Member teams and there we don’t have such big players who play so well. In IPL, you face good players from every country, so bowling to them is quite different from batsmen of other countries and leagues,” he says. Both Laxman and Rajput feel that Rashid’s success will open the floodgates for other Afghan players, especially at next year’s mega IPL player auction, when all teams will be picked afresh. “I believe that with the success of these three cricketers—Mustafizur Rehman being the other—more and more doors will open, not only for Afghans, but also for players from ICC associate countries, provided they have got the ‘X’ factor,” predicts Laxman.

If that happens, the credit, to a large extent, will go to Rashid, for his pioneering work in opening up a space for his countrymen in these pulsating corners of foreign fields.