Kabul was built, brick by brick, on hope. That was my childhood. Business was booming. Jobs were aplenty. I studied to be a doctor. Then, in 2015, the descent into hell began. 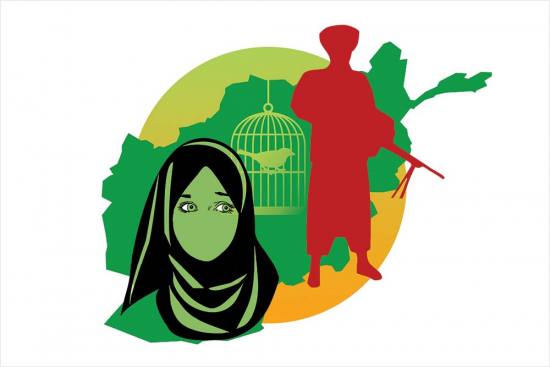 I was born in 1995 in Kabul, as civil war raged in Afghanistan. My parents, whom I lost in 2016 in a bomb blast, used to tell me that it was a very challenging time for the family. Being very small, I don’t remember the difficulties that my parents had to face to bring me up in those dark days marked by instability and acute want.

However, after I grew up and, around 2009-10, started judging things and making decisions on my own, I realised that things were not as difficult then as they used to be during my parents’ time.

Barring my earliest years, the Kabul I grew up in was a city built on hope that gathered momentum, almost perceptibly, every day. Post the Taliban’s rout in 2001, Kabul grew, brick by agonising brick, to be a city where everyone was promised a dream, and had untrammeled license to follow them. There was no dearth of jobs; employment opportunities seemed to have materialised in many sectors out of thin air and business was booming. It was like any other good city that promises success and happiness to anyone who was willing to work hard.

This sense of buoyancy was keenly felt by me and my peer group. Naturally, my parents’ generation, who had suffered such a lot in the preceding decade and a half, treasured the vastly improved situation. They used to be elated that the economy was finally coming good. My father was a financial consultant and understood wealth management better than most other professionals. Likewise, with Afghan society opening up and women encouraged to go for higher education and contribute towards building the economy, my parents had high hopes for me—they wanted me to become a doctor. Accordingly, I enrolled in an undergraduate medical programme, thinking that I would make them proud of me. Indeed, donning a white coat, a stethoscope draped around my neck, always conjured up a glamorous image.

I was midway to fulfilling my parent’s dream when tragedy struck. I lost both my parents. If I remember correctly, 2015 was a watershed year; around that time, the situation in Kabul and other areas in Afghanistan started worsening again—the pendulum swing of the country’s tortured modern history had started, yet again, towards pandemonium. But no one had ever imagined that it would come so far that we would return to the days of darkness, that a terrorist outfit would rule over us once again.

I had never, ever thought that I would have to live a life where terror and catatonic anxiety would stalk every step of mine. I had heard about the cruel ways of the Taliban from my parents and other relatives during the late 1990s. Unfortunately, the future seems to hold for us a return to medieval times. As if obeying a summons from the devil, the clock has turned backward for my hapless country. Ever since the Taliban captured the city on August 15, I haven’t stepped out even once. You don’t know what’s going to happen to you the next moment. The Taliban are now knocking on every door—recording, taunting, threatening, marking down future targets. Those who served ordinary Afghans as government employees in any capacity are the most vulnerable.

I served as a government doctor, so I don’t really know what my fate at the hands of the Taliban might be if, or when, they come to know about my work. Along with my sister, who is five years younger than me, I stay inside all the time. How long we can afford to keep up this voluntary internment, I don’t know. We are surviving through the ministrations of male relatives and friends—they are buying all essential things for us. Prices of essential stuff have skyrocketed. The cooking gas cylinder which we used to get filled for Rs 50 a kg is now above Rs 125. Things like mobile chargers have become precious commodities; shopkeepers are demanding inordinately high prices. In a city where the lawless roads all lead to the unimaginable chaos at the airport, there is no MRP for anything. We lead lives touched by a quiet desperation.

(This appeared in the print edition as "Kabul Diary")

(Name withheld on request. As told to Jeevan Prakash Sharma.)

An Afghan woman who has been, till recently, a government doctor