Calcutta's Dylan, who converted to Islam in 2000, is the TMC candidate from Jadavpur 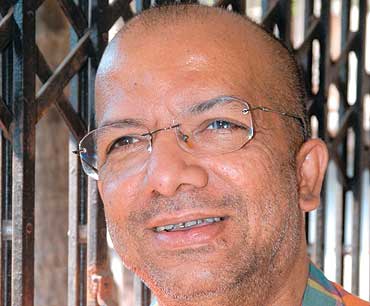 I had reservations about parliamentary democracy but in order to bring change to the system you have to be engaged in the system.

Is that why you say your seeking election is less about politics, more about service?

You’ve dealt with political themes which earned you the epithet of activist.

I may not be a man of politics but I am a political man. I am an ideological man.

TMC is no longer just a political party. It has grown into a movement, bringing together people from all walks of life. Mamata Banerjee represents a zeitgeist, a spirit of the times.

Still it took the TMC leader several months to convince you to join?

Yes. Now Mamata tells gatherings, ‘Remember Kabir Suman is our guest.’ I can’t think of anything that describes it more beautifully.

Is the formation of this movement a result of Nandigram and Singur?

Nandigram and Singur exposed the CPI(M). They unleashed terror on the same people that brought them back year after year for 32 long years.

Though you were never a man of politics, your ideology was Left-leaning, if anything.

The only time I ever wanted to vote it was for the CPI(M). I did not. Many of us thought the Left represented the common person. It did not.

What, according to you, are the Left’s failings that you would like to address?

My opponent (CPI(M)’s Sujan Chakraborty) has sent back crores of unutilised funds while there is no drinking water or roads in villages. Can you condone such a waste of opportunity?

I’m no glam boy. TMC isn’t touting me as one.

And you, do you have any weaknesses?

I’m unable to treat people as votebanks. I see them as people no matter who they are.