The director of Kabul Express on his latest 9/11-based production, New York 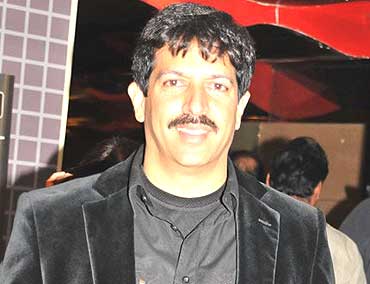 The film deals more with the aftermath of 9/11. Bollywood has made only one mainstream film with 9/11 as a peg. That’s too few considering the event has changed the world.

You portray post-9/11 prejudices. Will that make the film controversial?

The script is very balanced and does not in any way try to provoke a controversy.

What triggers off enough interest in an idea for you to want to make a film?

It could be a headline, a story on TV, a person... anything. Once you develop the idea, you realise whether it can hold a screenplay.

Kabul Express had autobiographical strains. What about New York?

There are some experiences that find their way into the script but nothing as direct as those that went into Kabul Express.

How did 9/11 affect you considering you were there at the time?

I witnessed the shift in people’s perceptions. There was a sense of paranoia on security issues. This forms the backdrop of New York.

You seem to have found a working relationship with Yash Raj Films?

Yash Raj allows me to make my kind of films.... I can’t get a better producer than Aditya Chopra in this industry.

The audience is going to see career-defining performances.... That I can promise!

Neil Nitin Mukesh claimed it was one of his toughest films.

Not just for Neil, but also for John and Katrina, the film was a huge challenge because of the difficult characters they had to portray.

Can one class you as a serious filmmaker?

I’m very uncomfortable with the tag. I set my stories in the real world and that need not always be serious.

I’ve started work on my next script but it’s too raw and unresolved to articulate it.