Does speaking to the media affect players' performances? 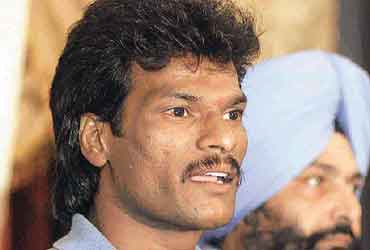 Dhanraj Pillay and Rajinder Singh are two people whose characters could not be more different. Yet, they share one common trait—both can be extremely difficult and illogical at times. Singh is known to have privately commented in the past that Pillay is not easy to handle. Pillay, on his part, has publicly shown his disapproval of the coach—he often refused to come out for rolling subsitution during the Champions Trophy.

The ugly spat between the two on arrival from Kuala Lumpur threatened to overshadow the celebrations of a title win when Singh refrained an ecstatic Pillay from speaking to the waiting mediamen. Enraged, Pillay broke down into tears, and shouted back: "Stop this nonsense. I am speaking on behalf of the team. I am not seeking any publicity for myself."

IHF secretary-general K. Jothikumaran salvaged the embarrassing situation by packing the players and the coach off to their rooms. They arranged for a press conference a little later and Jothikumaran played down the faceoff, saying: "The incident is a minor one, not to be exaggerated."