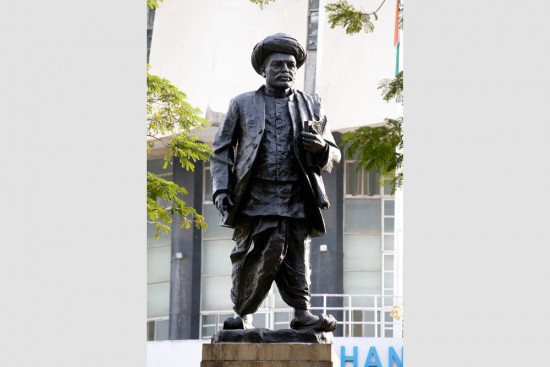 I’ve often fancied that behind every revolution lurks a gardener. Sixty years after flower-sellers took part in the storming of the Bastille in 1789, a young Indian man from a gardening caste—Jyotirao Phule, whose surname means ‘flower’—began his own lifelong assault on a ­social order far older and even more rank-conscious than the French ancien regime. His intent was to uproot the Brahminical order, and with it the caste system, which blocked access to education, jobs and a sense of self-worth for people of his background.

Phule was born around 1827, and lived on the outskirts of the city of Poona (now Pune), once the headquarters of the Maratha states that Shivaji had helped establish. His grandfather had been a mali, or gardener, in a royal compound, and his father farmed vegetables and flowers. Though as members of the mali caste the family was from the lowest, Shudra, order, they supplied the city’s elite, moving between the homes of the privileged castes and the fields and villages. That, I think, gave them a special insight into the advantages of privilege and the distribution of opportunity in their society. Phule grasped early on that Brahmins had reserved education for themselves, exploiting the ignorance of the ‘lesser’ castes and outcastes while mopping up the benefits of status.