Abhishek Verma and Jyothi Surekha Vennam have been winning medals consistently in the mixed compound event in archery. 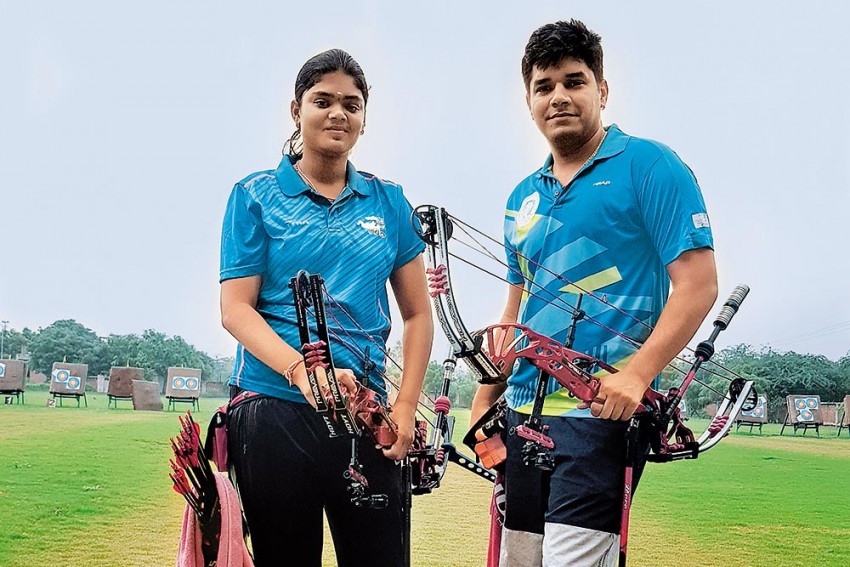 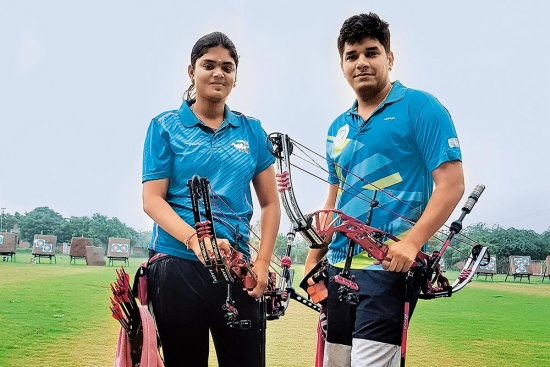 The fields of sports are fertile grounds of love. In Indian archery, rather, in the entire sports fraternity, Abhishek Verma and Jyothi Surekha Vennam is perhaps the only ‘brother-sister’ pair that forms a potent team. Delhi boy Verma and Andhra Pradesh’s Jyothi have entirely different backgrounds, but they have been winning medals consistently in the mixed compound event. This was evident when they won the silver at the Asian Championships last year and four bronze in all four World Cups this year.

Now, they could pair up again at the Asian Games. Pairings for mixed compound is determined after the individual men’s and women’s ranking rounds. Each country is permitted to field four male and four female archers in the ranking round, with the toppers from each category get paired for the mixed event. In Jakarta, if they pair up again, they will face a tough challenge from powerhouses like Korea, China, Japan and Iran.

Abhishek has scored 150/150 the most number of times in the world among the current crop.

“Abhishek bhaiyya is like a brother to me. We gel maybe because we’ve been attending national camps together since 2012,” says 22-year-old Jyothi, who initially dabbled in swimming. Abhishek, an income tax insp­ector, too, had brotherly affection for Jyothi. While Abhishek comes from a well-to-do family in Delhi, Jyothi’s father was a farmer in Nadi­mpalli village, near Vijaywada. Knowing Jyothi was keen on swimming, he shifted the family to Vijaywada. She finally fell in love with archery, and discovered a caring ‘brother’ in the bargain.

Abhishek, though, was obsessed with sports, thanks to the proximity of his home to Chhatrasal Stadium in Delhi. When 13, he set a national record in the Indian round (played with bamboo/wooden bows and arrows) of the sub-junior archery nationals, and hasn’t looked back since. “If I wasn’t passionate about sports, I’d have done business,” he says. Abhishek’s coach Lokesh Chand proudly points out that his pupil has scored 150/150 points the maximum number of times in the world among the current crop—and at least 10 times since 2013. Jyothi’s coach Jivanjot Singh Teja says her biggest strength is the mental toughness that enables her to handle tough situations. The rich brew of consistency and mental toughness could see the ‘brother-sister’ pair hit bulls eye again, this time in Indonesia.