I believe my random thoughts will be something that generations of future journalists will profit from. A sampling 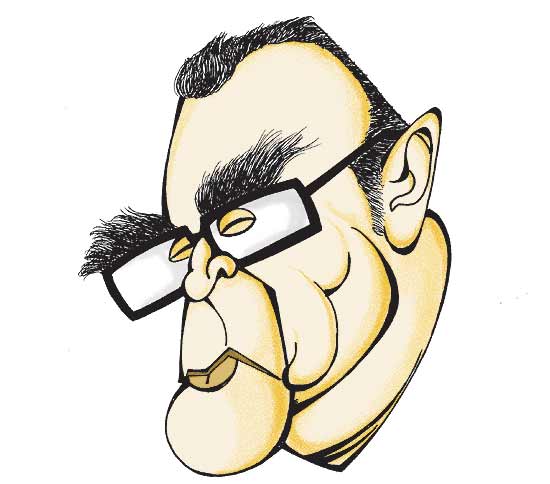 Ever since I took over as Press Council chairman in October, I have been closely monitoring the print and TV media and now of course the internet. Now my views on journalists and their limited and narrow intellectual capabilities are well-known. But what is still not in the public domain are the things I scribble on my scratch pad in office to while away time. Of course, these notings have to largely do with my friends in the press and their love for sensationalism and trivia. As W.H. Auden once put it, “What the mass media offers is not popular art, but entertainment which is intended to be consumed like food, forgotten, and replaced by a new dish.” Anyway, I believe my random thoughts will be something that generations of future journalists will profit from. So here’s a sampling:

De-press: Scribes who print sob stories of filmstars who fall in and out of love or forget where they have parked their car. Some of these ‘depressing’ category of stories also have to do with corruption in government.

Sup-press: Journos who refuse to take into account the greater Indian reality of the aam aadmi and write stories about exotic mangoes (a different kind of aam) and why shopping malls are sexier than either trucks or tractors or, for that matter, ministers.

Re-press: Editors of TV channels who black out talk shows where trees talk to mountains and the latter is in conversation with molehills and windmills.

Prayed-news: Coverage which comes readily when those in government or corporates make an earnest request. Incidentally, prayed news is a more honourable option than paid news.

Sub-standard: Sub-editors who keep the standards high by deleting all definite and indefinite articles, full stops and commas from objectionable news. With this, they dramatically reduce the readability quotient of what I consider trashy nonsense.

Sub-vert: Highly motivated and committed journalists who demolish non-serious and anti-establishment stories by inverting the arrangement of letters so that words are spelt backwards. This makes reading almost impossible. For example, even the word ‘the’ when spelt as ‘eht’ is not easily negotiable.

Sub-conscious: TV anchors, editors and their sub-editors who are aware of what the real stories are and are all for self-regulation. In such a scenario, news that hurts the establishment is promptly deleted or mixed with cups of coffee and washed down.

Net-worthy: Websites that comply with government directives and delete objectionable content which may be deemed injurious to the health of a few individuals.

Phew! I must now sign off. Interestingly, some of my media friends have praised my jottings for its foresight and ‘incite’. As someone in government recently told me, if you don’t rein in the press, then it reins you in. Three cheers to that...