Just Fill In The Blanks

An ear for dialogue, eye for detail, brisk characterisation can’t cover up for a lack of deeply-felt truth in Rowling 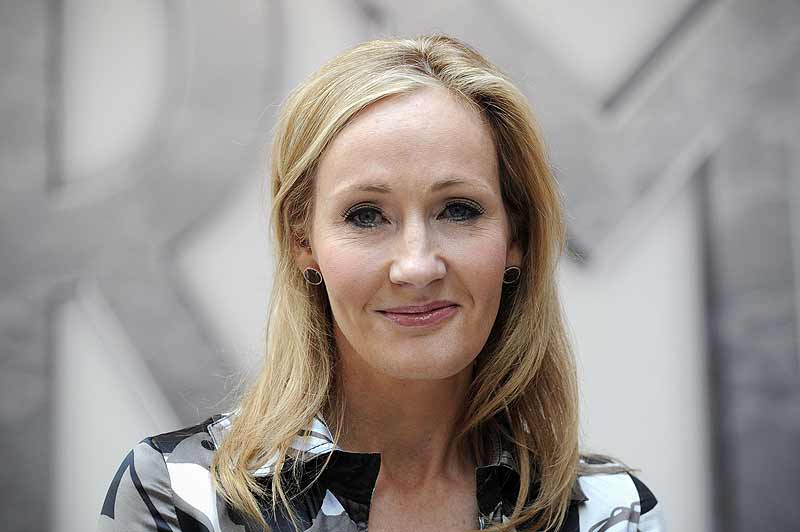 First, a necessary confession: I haven’t read any of the huge best-selling Harry Potter books. The closest I have come to them is seeing one of the Potter films. That, too, under compulsion. I had to take the 10-year-old daughter of a close friend to see it. She knew the plot by heart and kept telling me, between delighted squeals, who was who and what was going to happen. I couldn’t make head or tail of the succession of weird characters and creatures that floated in and out of the film. However, despite my reservations, what Rowling’s wonderful, nay unique, imagination had created struck a powerful chord in a certain age-group, not only among English-speaking readers and viewers, but worldwide.

She is clearly a phenomenon. Turned down by publisher after publisher (shows how many publishers are out of touch with the reading public), until one saw the light, or should I say, the lightning. Rowling has made, by far, more money from her books and the films based on her books, than any living writer. She is a multi-billionaire and still relatively young. Now comes an entirely non-Potter book from her formidable writing arsenal, The Casual Vacancy. It has been described on the jacket cover as her “first novel for adults”, to set it off from her earlier “children’s books”. Why has she written it? One suspects because she wants to be taken more seriously. Has she succeeded? Yes and no.

The novel is centred around a small English town, Pagford, and the book’s title refers to the vacancy in its parish council, after a parishioner—a journalist, Barry Fairbrother—suddenly has a stroke and dies in the parking lot of the town’s golf club. He is in his early 40s and was liked and admired, though, it turns out, not above taking kickbacks on construction contracts. The first couple of hundred pages, close to half the book’s length, revolve around his death and the impact it has on his friends. The author deftly introduces her main characters and their children, along with the school they attend, into the plot. I was reminded of the best-seller, Peyton Place, written a few decades ago and which also revolved around a small American town.

Almost without exception, the families in The Casual Vacancy are all dysfunctional. The only normal family is a Sikh one, the father being a good-looking (“sex on legs”, “like a Bollywood film-star”) heart surgeon and the mother, a general practitioner (GP), who is also a member of the parish council. Their daughter, Sukhvinder, with lesbian tendencies, is actually the only real heroine in the novel. She jumps into a swift-flowing river to try and save a child and comes close to drowning. I simply cannot understand how Rowling’s portrayal of this Sikh family outraged some Sikhs so much that they wanted the book banned.

To return to Rowling’s narrative, Fairbrother’s death unleashes a multi-dimensional war, while opening up long-hidden wounds and bringing out pent-up emotions: Wives are either at war with their husbands or unfaithful to them, while the children are at war with their parents. Even at school, teachers and pupils are at each other’s throats. Not a single character, except the Sikh family, has any redeeming qualities. The novel is liberally sprinkled with the three most common
four -letter words, beginning with ‘f’, ‘c’ and ‘s’. I don’t think I have seen the ‘f’ word used so often in a novel. Rowling may have conjured up innocence and magic in her Potter books, but here she has presented an unrelentingly bleak view of humanity. It is so shocking a contrast that this reviewer finds it difficult to reconcile. Which is the real Rowling? The Harry Potter one or the “adult novel” one? Perhaps her next book will offer more of an answer.

After I had put down Rowling’s “adult novel”, all 503 pages of it, I asked myself, “Was there anything uplifting or thought-provoking in it?” The great, even the good, novels of our time leave you enriched and ennobled. Sadly, The Casual Vacancy fails that test. There aren’t any passages in it that make you want to go back and read them again. The best that can be said of Rowling is that she has an uncanny ear for dialogue and a masterly eye for detailed, minute observation. There is laughter, ribaldry and enjoyment in the book, but no underlying philosophy. That said, the author’s use of the English language and some of her descriptions are a delight. Can you better “humungous bouncing jubblies” and “great big juicy double-F mams” for big breasts?