One Day attempts to do for present-day, multicultural London what Virginia Woolf's Mrs Dalloway did in a previous era. 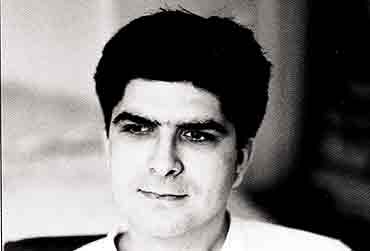 One Day
By Ardashir Vakil
Penguin India Rs 395; Pages: 292
In Chapter 21, a character at a party, Jocelyn, comments, "What I can’t be doing with are novels about the trials and tribulations of middle-class north London couples. We’ve had enough of those to last us fifty years. Whingeing double-income liberal parents, please let us have no more of their banal utterances."

Aha, thinks the unwary reader—who, if he or she has got this far, will recognise an accurate description of One Day—condemned out of the mouth of his own creation. No such thing: Vakil, who has already lampooned a very recognisable fellow iwe and got in several other literary digs, is too canny to be hoist so easily with his own petard. Before embarking on her ruthless denunciation, Jocelyn has already revealed herself as a naive and opinionated reader: "No novel is ever as interesting as life, never as depressing and never as joyful."

Perhaps it was this particular piece of intellectual legerdemain that prompted a UK reviewer (the English, having forgotten how to write novels, are now forgetting how to review them) to flounder through three paragraphs of baffled dislike for One Day before discovering that it was really a satire of itself and therefore a brilliant masterpiece.

One Day attempts to do for present-day, multicultural London what Virginia Woolf’s Mrs Dalloway did in a previous era. Its chief conceit, that a day in the life can be all-revealing and that you can tell the story of an individual, a family, even a city in the span of 24 hours, is a deliberate nod to its more famous predecessor.

On the eve of their son’s third birthday, Ben and Priya are struggling to keep their eight-year-old marriage on track, the distance between them neatly captured in an opening sequence where Ben reads a sonorous manual on the inner game of tennis while Priya masturbates beside him. Ben’s background is never quite filled in: his father is the kind who thinks all subcontinentals are "Pakistans", his sister died mysteriously; otherwise he’s a conservative white man struggling to find a way out of the morass of teaching at a local school. Priya’s antecedents are more clear, as they should be since Vakil’s borrowed them wholesale from the Nayantara Sahgal branch of the Nehru family. Together, the couple forms "a voluptuous swirl, a multiracial lolly" in imminent danger of melting into nothingness. Their son, Whacka, provides the glue that holds the marriage together as well as the secret that threatens to tear it apart.

As the day unfolds, Vakil does the literary equivalent of the docu filmmaker: here is the tension-filled landscape of London’s schools, this is where Priya does her radio spots on the Southall Black Sisters, these are the tangles a couple adrift in a world without servants gets into when they try to organise a party for a three-year-old. It leads up to a scene, intended to be climactic and cathartic, where the simmering tensions of the adults at the party boil over into a domestic argument that leaves Ben and Priya alone together once more.

Unfortunately Vakil, a master at setting the scene, is far less deft at dialogue—sequence after sequence unravels into what Naipaul once dubbed "chuntering", or falls apart under the weight of its own meaning. Vakil’s paeans to London are more successful; his descriptive prose will win him award nominations as surely as the line about "Priya’s fingers furling and unfurling her flaps" will garner him a Bad Sex nomination.