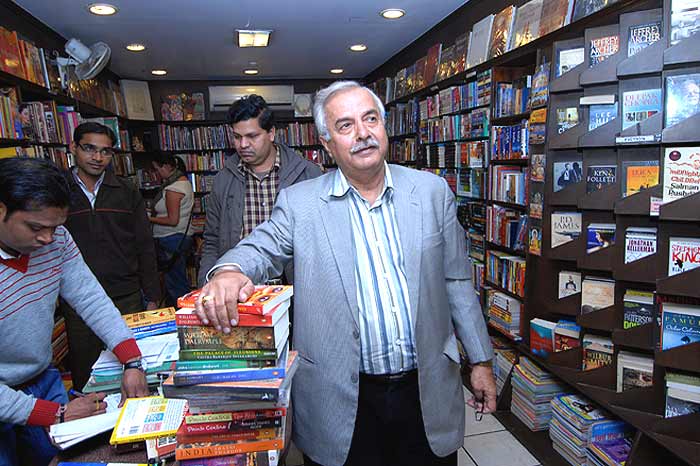 Four days before the Jaipur litfest, Diggi Palace is a work in progress, with hammers, sandpaper and brushes furiously applying finishing touches. In response to the growing megawattage of the festival, the property has been spiffed up and equipped with better amenities, like a cafe and toilets for every venue. Owner Ram Pratap Singh concedes the place is now a household name thanks to the world attention on it for five days each year. But this scion of one of Jaipur’s oldest families insists he’s no money-grubbing hotelier: “The tariff was last revised four years ago, following major renovation; there are no plans to raise room rates now.” However, at nearby Arya Niwas, COO Chetan Bansal is openly enthused about how great for business the fest is: “Hotels start bookings three to four months in advance.”

Jaipur’s bookshop owners, though, tell a different story, one that raises questions about how deep the litfest has really percolated in the city it’s adopted. Owner of the popular Bookwise, Col C.S. Kapoor, says, “Once the fest winds up, everyone forgets about it. It hasn’t created a culture of reading here.” Nor has it expanded the reading list of those who do read: demand centres around self-help and management books, and the trashy end of the Indian literary market. At the four-decades-old Book Corner on MI Road, owner Narendra Singhvi echoes Kapoor. “Some foreign tourists come looking for books in focus at the fest, but there is hardly any curiosity among locals.” Senior journalist Sanjay Bohra says most Jaipurwallahs treat the fest as a “timepass like the many fairs held here from Navratri upto Holi”. Indeed, Jaipur-based poet and Jnanpith awardee Amit Kalla feels the fest is no more than a booster of India’s international profile. “To make an impact on reading habits in a country like India, you need a movement, not a festival; you must take books and authors into small towns, to the grassroots,” he says.