In my line of work, it pays to be anonymous 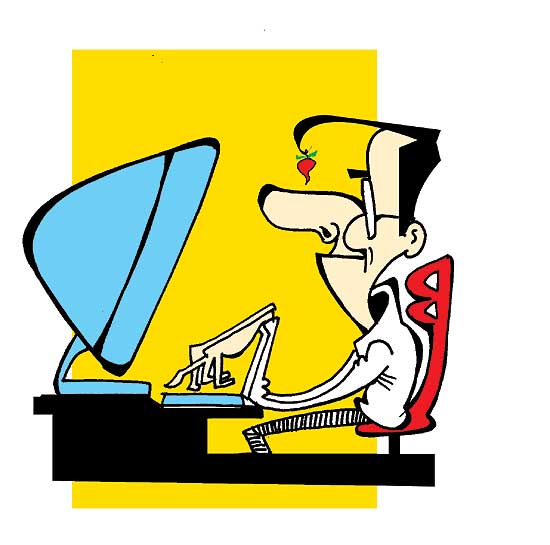 You all know already that Julenrao Assangekar isn’t really my real name. See, in my line of work—which is to leak documents, phone transcripts and the like—it pays to be anonymous. And I am fairly new to the business. I still fondly remember the first document we uplinked on our website (www.vickyleaks.helloG) two months ago. It created quite a flutter among bureaucrats in Delhi. We had accessed a noting on a secret file by a joint secretary in the urban development ministry pointing out that the poor plumbing in government buildings was causing extensive leakage of water. This revelation led many in the CWG organising committee and the sports ministry to wonder whether the reference was to construction work done for the Games. Luckily for them, the entire controversy was defused by environment minister Jairam Ramesh, who observed that “since leakage from poor plumbing invariably leads to precious H2O seepage in a downward flow (due to gravity) it eventually replenishes groundwater.” Incidentally, Jairam sent his point of view to us since he believes that leaks get better coverage than press statements.

That aside, our initial success got several intelligence agencies curious. A team of sleuths were given the express task of finding out who was running VickyLeaks. The opinion of the FBI and CIA was also sought. The two agencies, after deliberating with experts from Murugan and Stanley, came to the “startling conclusion” that there is a clear link between VickyLeaks and WikiLeaks. Reason: ‘W’ follows ‘V’ while the latter precedes ‘W’ in the list. This deduction was later confirmed by the Institute of English, University of Michigan, after a close study of the angrezi alphabet.

But all this effort provided no breakthrough on the identity of who’s behind VickyLeaks. To add to the confusion Julian Assange (founder of WikiLeaks) denied he had any link to Julenrao Assangekar. He felt that in all probability the gentleman in question is Maharashtrian. This sent the Mumbai police into a tizzy as they questioned suspicious-looking journo types across the city. In fact, after days of this exercise, they were literally at the end of their tether when a senior cop after weighing the ‘Vs and Ws’ concluded that the ‘Vicky’ in the leaks was probably the nickname of Vikram or Vikramjeet. “The Punjabi angle must be investigated since names like Monu, Sonu, Bunty and Vicky are very popular in the land of five rivers.”

All that aside, what does VickyLeaks now have up its sleeve? Well, a secret video recording in which TV anchors and senior editors discuss the Pythagoras theorem with fixers in five-star hotel lobbies. We also have a document from the department of science and technology which proves conclusively that an expensive watch does not help one gain or lose time. Plus, we have phone taps played backwards to catch any nuances or coded messages that may have been missed. And, before I forget, we will be providing a platform for those who want to uplink videos, tapes or revealing holiday photographs of friends and foes....