Journey Of A Sculptor’s Oeuvre

In Mahabalipuram, veteran P.N. Nandan talks about his art, ideas and the market 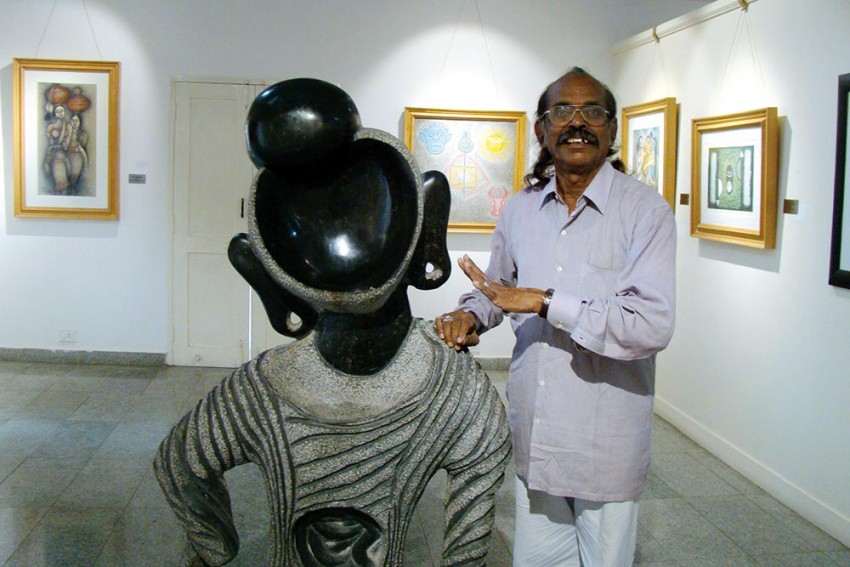 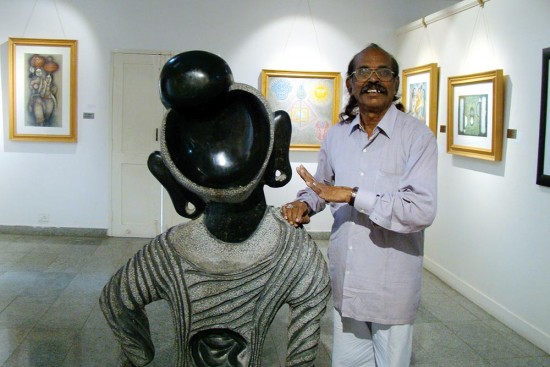 Veteran P.S. Nandan’s biggest sale came as late as 2012 when he sold a six-foot-tall abst­ract stone sculpture of Ganesha to a Chennai builder. “I quoted Rs 12 lakh and he, though rich, haggled it down to Rs 8 lakh. Probably that is how he became a millionaire,” the 77-year-old artist chuckles with rustic innocence. Nandan is sure the builder would not have batted an eyelid while picking a pricey painting. “Maybe most of them confuse us for stone masons,” says Nandan, who works at Cholamandal Artists Village en route to Mahabalipuram. “The artist in us is the same: searching for an expression. I myself started as a painter and continue to sketch and paint.”

The village is a unique experiment where artists live and work and exhibit their work in a spacious gallery. “Art lovers should seek out artists to buy their works and not the other way round,” was the concept with which (late) artist K.C.S. Paniker started the village in 1966.

Thirty kilometres away, dozens of sculptors around Mahabalipuram relentlessly chisel stones to mould idols. Nandan, on the other hand, boldly experiments with stone, metal and wood, leaning heavily tow­ards abstractness. For a five-year-old who learnt how to press wet clay to make small figurines from his grandmother in their native Madurtakam village, about 150 km away, Nandan still loves to handle clay.

One such clay carving of a figure with a hollowed-out face turned into a masterpiece when he went for a tea break leaving a small clump of clay on the head. When Nandan returned, the evening light cast a large shadow of the figure that resembled Buddha in meditation. “None of my carvings are pre-meditated. I start from bottom to top, and stop midway to survey. I even leave it unfinished for a couple of weeks,” he explains. “Suddenly it would dawn on me what should finally emerge out of it.”

Seeing the clay Buddha with its vein-like lines, Cholamandal director S. Nandagopal commissioned Nandan to do a larger piece in granite. Soon, The Shadow became a permanent exhibit. Another fascination of Nandan is birds—most of his stone-carvings are of birds of various shapes and sizes. “Man can emulate almost every animal, but never a bird,” says Nandan, who seldom does a sketch so as to try work the sculpture from it. “I keep them separate.”

One reason why Nandan keeps sketching and painting is they ensure steady income. “You see so many little masterpieces in stone and clay lying around and yet the ­average visitor would only want to buy a painting,” he shrugs. “Only foreigners are fascinated about our sculpture.”