After shattering the 800m and 1500m national records recently, Jinson Johnson's confidence is on an all-time high; he’s now eying the Asian Games podium in the two races. 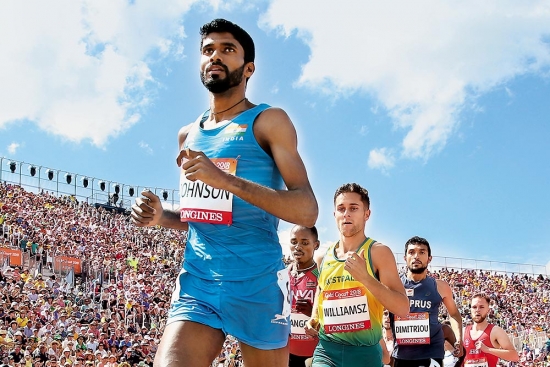 From being ‘baptised’ on a mud track in his village Chakkitttapara in Kozhikode district of Kerala, Jinson Johnson has come a long way—today he is Asia’s top-ranked 800m runner. After shattering the 800m and 1500m national records recently, his confidence is on an all-time high; he’s now eying the Asian Games podium in the two races.