Jinnah Unbottled? Not Yet.

Wolpert recycled, with little that's not already been said about the man 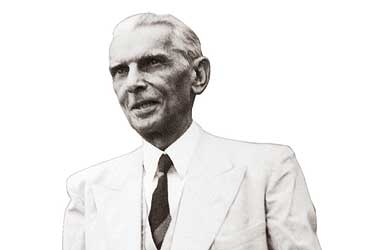 The Man Who Divided India: An Insight Into Jinnah
By Rafiq Zakaria
Popular Prakashan Pages:276; Rs350

Rafiq Zakaria seeks to provide an insight into the mind of Mohammad Ali Jinnah who "single-handedly created Pakistan", yet doesn’t cite a shred of unpublished or original evidence in support of his often contradictory conclusions. The disquiet is all the greater as there is not a single annotated reference to the monumental work on Jinnah, the man, and Pakistan, the idea, by world-renowned historians like Khurshid Kamal Aziz and Ayesha Jalal who have demolished many myths about Partition in India and Pakistan. In fact, Zakaria’s excessive reliance on Stanley Wolpert’s popular biography of Jinnah—I counted nearly 40 references to him alone in a tally of 223—makes the new addition to "partition literature" rather passe.

Maybe the author was more concerned about flogging his own personal prejudices instead of helping exorcise our historical ghosts. He admits candidly in the preface to the book that his wife Fatma advised him against the project. "I think you should leave Jinnah alone for a while," she mused, "you’ve badgered him enough." But Zakaria believes some more punishment is in order. "He (Jinnah) divided the Indian Muslims into three—Pakistani Muslims, Indian Muslims and Bangladeshi Muslims who now have no connection with each other...and he did this in the name of Islam," he says.

This assertion—how Jinnah created and exploited a perception of "Islam in Danger" to mould Muslim opinion in his favour—echoes throughout the book. But surely the issue was never so much "Islam in Danger" as it was "Muslims in Danger"—meaning thereby that Jinnah was driven in the ’40s by fears, real or imagined, about the political and economic fate of the Muslim community in an independent, Hindu-dominated India rather than by concerns about how the Islamic religion might fare in a sea of infidels.

Zakaria wrote the book because he wanted to get to the truth about claims by Jinnah’s followers that "he was a true Muslim, a defender of the faith". According to him, Jinnah has been presented in the last 50 years as "Prophet Mohammad’s real follower who treaded faithfully the Islamic path and brought glory to Islam". This is quintessentially Don Quixote tilting at windmills. Barring opportunist politicians and transparently revisionist textbooks, no one of any intellectual substance in either India or Pakistan has ever suggested that Jinnah was particularly "Islamic" in the religious sense of the term. Indeed, the real defenders of the true faith in Pakistan—the mullahs—have always privately decried his secular credentials. So Zakaria is wasting his time recycling stories about Jinnah’s eating and drinking habits to prove his point that he wasn’t particularly Islamic just as much as he is by reiterating Jinnah’s famous speech to the Constituent Assembly of Pakistan in which he outlined his vision of the new state of Pakistan in which all would be equal citizens of the state without prejudice to caste, colour or creed.

In its bare bones, Zakaria’s thesis boils down to this: Jinnah was an apostle of Hindu-Muslim unity until both sides began to distrust him; therefore the supreme egoist decided to plunge for Muslim separatism as a political device to regain leadership; Nehru and Patel unwittingly helped him by blithely rejecting his power-sharing formulas and prematurely succumbing to the demand for Pakistan. There is one acutely telling passage in the book in which Zakaria laments the failure of Nehru and Patel to give in to Jinnah’s power-sharing demands as a tactical device to keep India united since such concessions could easily have been reversed after independence. The author barely recognises "the communal moorings of Indian politics" and shirks from discussing the many documented reasons for Jinnah’s growing alienation in the late ’30s from an increasingly arrogant, exclusivist and communally-oriented Congress leadership.

Gandhi and Maulana Abul Kalam Azad are spared in this book. Zakaria notes approvingly how Gandhi offered the presidentship of Congress to Azad in an effort to strengthen the party’s secular credentials but he ignores Gandhi’s suggestion to Nehru that he should offer the prime ministership of India to Jinnah in the interests of a united India. In an aside, however, he notes that Jinnah had cancer and wouldn’t have survived in office for long anyway! The Indian communists also come in for some stick because they supported the demand for Pakistan as a "national liberation movement". But Gandhi once again evades censure for his opportunist support to the reactionary Khilafat movement.

The last section of the book is a spotty analysis of post-independence Pakistan designed to prove how it’s "failed" as a nation-state and therefore didn’t deserve to be born. This is dangerous logic. Many Third World countries haven’t "succeeded" in one sense or the other but that doesn’t make their national liberation and anti-colonial struggles any less relevant or necessary. It’s also a moot point whether several hundred million of the impoverished, untouchable Hindus of India think India has "succeeded" for them in any significant sense. I clutched at this book because Zakaria has many good and informed books to his credit. But he has indulged himself rather unnecessarily here when he should’ve heeded his better half.

(Najam Sethi is editor of the Lahore-based weekly paper The Friday Times.)

'Hyphenation Seems To Reside In India'