Jinnah began as secular. But political ambition made him change colours often. 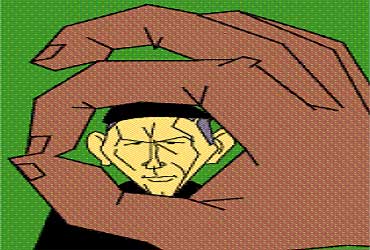 outlookindia.com
-0001-11-30T00:00:00+0553
M.A. Jinnah's role must not be interpreted from the lofty heights of majoritarianism. Nor should we hold him solely responsible for India's partition. Others played an equally important part in signing united India's death warrant. Yet, Jinnah was the one to raise the war cry at Lahore, a city with a glorious history of multiculturalism and composite living. He was the one to talk of Muslims having their homeland, their territory, and their state.

Lest we forget, his 1939 call for 'Deliverance Day' and for 'direct action' on August 16, 1946, sounded the death-knell for united India. His 'Muslim nation' was born in the throes of ugly violence and bloodshed. "This is not that dawn," wrote Urdu poet Faiz, "for which we waited."

Nehru said in 1937: "I do not quite know what our differences are in politics. I had imagined they were not great." Fact is, Jinnah did all the right things from the time he accepted Dadabhai Naoroji's political tutelage. A quintessential liberal, he played a big part in the Home Rule League, aided the Congress and the Muslim League to craft an agreement in December 1916 that led Sarojini Naidu to call him the 'ambassador of Hindu-Muslim unity'. And in the early '20s, he distanced himself from the pan-Islamic movement.

So far so good. Till the mid-'30s, people heard the voice of 'secular' Jinnah loud and clear. Thereafter, he changed tack and, in the process, changed the course of modern India. He expounded the idea of a civilisational unity among Muslims, and counterpoised it against other religious/cultural heterodoxies. He also questioned the very idea of unitary nationalism being foisted on different nationalities. This he had not done before. In '39, he was congratulating himself for removing the 'unwholesome influence of the maulvis'. A few years later, he was courting Muslim divines. Earlier, he opposed the mixing of religion and politics; in February '39 he concurred with a deputation that religion and politics could not be divorced in Islam.

In '30, Jinnah opposed the complete independence resolution and blamed Gandhi 'for this sudden outburst of political hysteria'. He derided the civil disobedience, saying it appealed mostly to callow youth and the illiterate, that their involvement would lead to anarchy. After '40, he used the same groups to whip up passions. The National Guards, conceived on much the same lines as the RSS, were deployed to disseminate the ideas behind the creation of a Muslim nation. Their fury was unleashed on the Muslim nationalists.

To Wavell, the viceroy, Jinnah was 'a vain, shallow, ambitious man who would probably think twice the present time inopportune for any rapprochement with the Hindus'. A harsh judgement, perhaps, but Jinnah did show great obstinacy in negotiating with Nehru, the secularist, and Gandhi, the champion of Hindu-Muslim unity. "The two mountains have met," Wavell referred to the Gandhi-Jinnah talks in '45, "and not even a ridiculous mouse has emerged."

Of course, their views and lifestyles offered a stark contrast. Jinnah relished debating finer points of law and performed with characteristic elan in cosy chambers. He stayed clear of the dusty roads, the villages inhabited by millions of hungry, oppressed, physically emaciated peasants, and the British prison where so many of his countrymen were incarcerated for defying the government. Whenever he found the British government tilting slightly towards the Congress, he would conjure up the self-image of a wounded soul, and raise the spectre of a civil war.

Gandhi, by contrast, walked barefoot to break the Salt Law and to galvanise the masses by culturally resonant and action-oriented symbols. Around that time, the immaculately dressed Jinnah waited in his Hampstead house, for his turn to occupy the commanding heights of power in Lutyen's DelhiAgain, while Gandhi trod the path fouled by religious zealots in Bihar and Bengal's riot-stricken areas to provide the healing touch, Jinnah waited to be crowned as Pakistan's governor-general.

The Lincoln's Inn-educated barrister once told Gandhi, "We are a nation". The Mahatma did not agree. Nor did others. The ulema of Deoband advanced a theory of territorial nationhood; Maulana Azad, Khan Abdul Ghaffar Khan, Syed Mahmud and many others did the same. They, rather than Jinnah, deserve commendation.

If Jinnah's image is suddenly transformed by the exigencies of time, where does one locate all those men and women, Hindus and Muslims, who championed secular nationalism and defended composite nationality? If Jinnah was secular, what were they? Was free India's first prime minister less or more secular than the Qaid-e-Azam? Lastly, if a secularist ideology also means preserving our composite legacies, what place is to be assigned to the father of the nation? Did he die for nothing?

After partition, probably moved by the intensity of violence and loss of lives, Jinnah talked of building a tolerant, pluralist society. A case of too little, too late. In February '48, he dropped a bombshell by saying Pakistan, born on the basis of religion, "is not going to be a theocratic state—to be ruled by priests with a divine mission". He knew reining in religious fundamentalists was going to be an awesome task. Today, that remains Jinnah's unfinished agenda.

Was Jinnah secular or not? Let's not be bogged down by such rhetorical questions. Historians are not in the business of issuing testimonials. Still, let me conclude with the observation of M.C. Chagla, who parted company with Jinnah after '40: 'A political faith should be something lasting—and I never thought Mr Jinnah belonged to the category of men who foreswore their faith because of temporary irritation or momentary anger.' I hope Mr L.K. Advani is listening.