What kind of adadhiyo (half shirt) does he wear now, tight over his 56-inch chest. 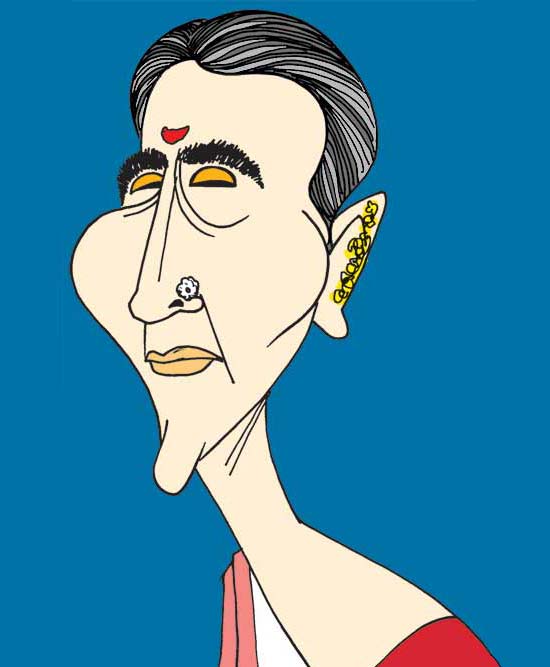 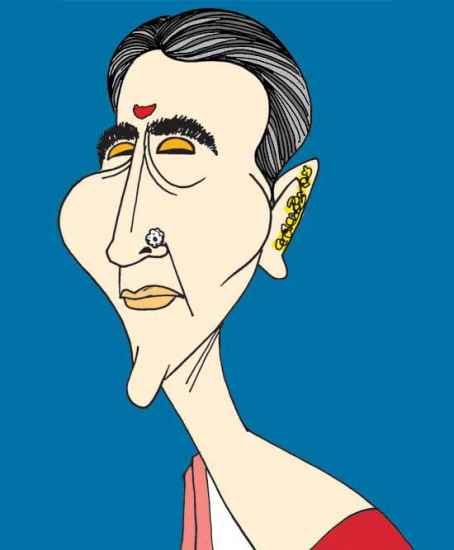 Ae Bhagwan, aa baddhun soon chhale che. Chhapawalao manne malya vagar ketla badha gappa marechey (O Lord, what all is happening with these media people, they haven’t talked to me but they keep on bluffing about me). Having said that, I’ll let my diary continue in English. Once Naroo referred to Shashi Tharoor’s late wife, Sunanda Pushkar, as a “50-crore girlfriend”! What am I to my beloved Naroo? Invisible wife of 46 years?

Thanks to the media, I have lost my identity. By the way, where am I, in Vadodara, in Brahmanwada? Modi Grocery Store at Unjha? Why do my brothers Kamlesbhai and Asokbhai have to speak for me? That too rubbish most of the time? They say I am very happy that Naroo had accepted me as a wife after 46 years. Big deal! I am supposed to have given up eating rice, wearing chappals and even drinking tea as a penance for Naroo to become the prime minister. How did Kamles and Asok get such fancy ideas? Even while we were growing up, I knew my brothers lacked something in their little grey cells but not to this extent. And they conveniently packed me off to some pilgrimage centre so that the media could not get to me.

How odd it all sounds! I don’t remember most of the bakwaas of Naroo, off to serve the nation leaving me to study and become a teacher. If that’s so, didn’t Naroo think education was needed to serve the country? But I quite enjoyed teaching and had Naroo been my student, I would have taught him to respect his elders and opponents and not abuse them, to shout less and not act like a fenkudas (bluffmaster) on issues like being a second Sardar!

Yes, I am sure I would have made something out of him. His sartorial style, for instance. What kind of adadhiyo (half shirt) does he wear now, tight over his 56-inch chest. Even the tailors in Unjah and Brahmanwada do a better job. And why doesn’t the BJP appoint a voice coach for their PM candidate so that he stops screaming like a wounded rhino at rallies?  Who gave the media the right to presume I became totally spiritual after my retirement, getting up at 4 am and praying till 11 am. Do you mean to say his female devotees, the Seetharamans, Iranis and Lekhis do the same? If they did, how would they get the energy and stamina to shout endlessly in the TV studios?

I am now the ‘ideal Indian wife’ because I do all this so that my ‘husband’ will be the next PM. And how could I do this to someone who abandoned me for 46 years back and finally agreed to the bitter fact just to fill up a blank space in the nomination form for the electoral office. What does it speak of any future PM or any Indian male?

It’s Muslim Vs Muslim Out Here...