“The more you watch Japanese television, the more you feel it’s watching you....” 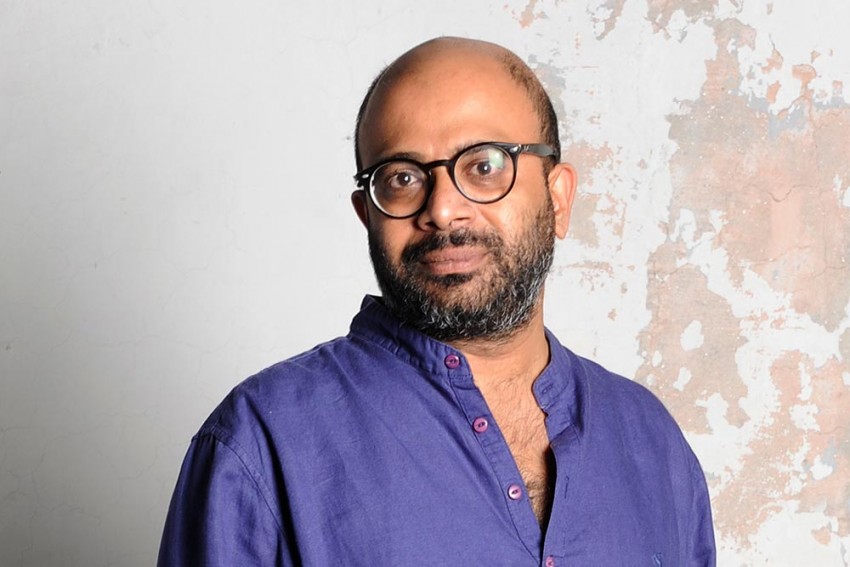 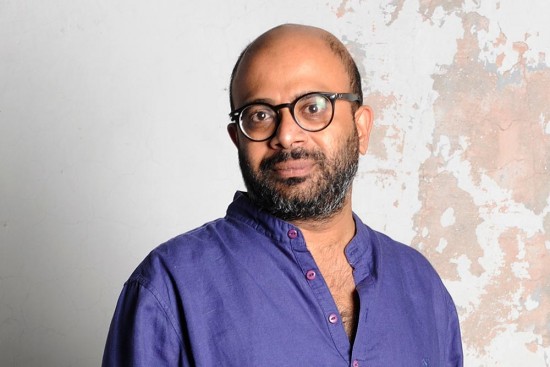 “The more you watch Japanese television, the more you feel it’s watching you....” You can’t shake off that line from Sans Soleil, Chris Marker’s dreamwalk through place, time and memory. Every pop fragment and artefact you’ve known of Japan has that qua­lity, like something unknowable brooding bene­ath the surface. The runic stick-­figures of kanji, the parchment catching fire with Basho’s sunlight, the ele­ctric-blue mia­sma that pervades the world of anime...a perfectly foreign place. You have the thumbnail sketch of a gene­ric Japanese as a moody, inte­nse, faintly misanthropic human, with melancholic violin strains. Each one an island.

Cut to the chirpy Huck Finn who serves us at a subway alehouse in Osaka, the kimono ladies clicking selfies (just like the rest of us) on the Thousand Gates path at Kyoto’s Fushimi Inari-taisha shrine, the factory manager chortling at his own English, the funky washlet that didn’t work! To have the myth busted gives you the pleasure of a migraine lifting—you quite like the people, as an experience. Japan, as you feel it on your skin, has none of that fabled fear of the gaijin. The impressionistic sense is of something warm, well-composed, light on its feet, simplicity itself. If anything noirish lurks beyond the sakura tones, it’s not apparent. It’s light Chopin on the surface. 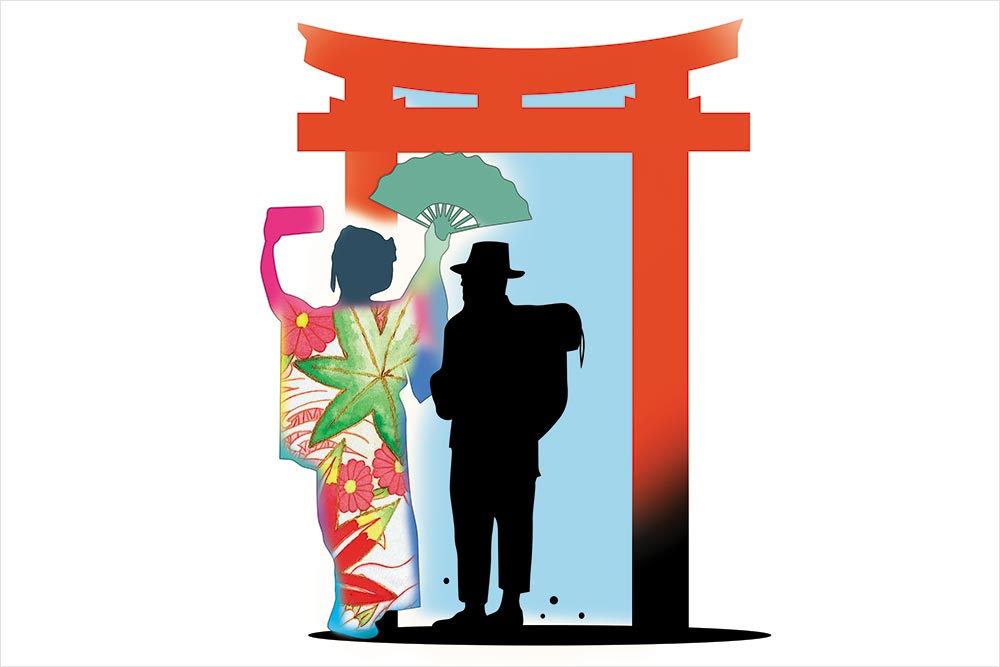 Illustration by Sajith Kumar
A Frog Jumps In

Only the distant cackle of tundra bean geese flying low over the water disturbs the chilled hush around Lake Biwa. It’s Japan’s largest—imagine an area larger than Bombay in zen-like sti­­ll­ness. We are out of a dainty breakfast place in Otsu in Shiga prefecture, briefly the capital in the 7th century. The cherry trees on the shoreline are leafless, a month short of spr­ing. Later, in sunnier Tokyo, we catch an early blooming va­r­iety. Here, an old man poses, he wants his wife to get him with his reflection in a puddle. We have to wrench ourselves away.

Back in Osaka. Don’t know if it’s the warm glow the name brings forth from childhood stories, but this city has a comfy, agre­e­able quality. Yes, the night skyline is a very 21st century beast, a breathing installation in steel and twi­nkling neon, but the cobbled streets and brightly-lit resutorans have enough per­iod small-town charm. Dotombori, the canalside food and ent­ertainment district, is a sensory exp­losion. I lost my way amid giant plastic squids and okonomiyaki stalls! A name is retrieved from an e-mail, written down in Japanese by a helpful cash counter boy. Walking around with that paper, trying to match words in that jungle of kanji signs...might as well have been swimming in the Sea of Japan looking for a particular oyster. But the tale had a happy, very happy sushi ending.

Not having seen the famed bamboo grove, and the rest only in a three-hour touristy blur, Kyoto on the fly wasn’t like, say, a Shekhawati town, oozing flavour from every pore. The city itself is slightly featureless, modern low-rises set in a modular grid, but comes alive in concentrated bursts—the aching beauty of Kinkaku-ji, the orange light of Shinto. The tofuness of tofu abides as a deep puzzle. This piece of blandness is philosophically sound, we conclude, and something vitally Japanese resides in its soul, but what exac­tly? And, for god’s sake, there are octopus dumplings selling in the quaint street swarm outside, near the Heian-era Kiyomizu-dera temple, where we are all Orientals doing Orientalism.

The Panasonic Center in Tokyo is a petridish of futurism. The Japanese factory is a thing of legend, and we’ve been taken to two—one up near freezing Yokaichi, past exquisite wooden houses with snow peaks fringing the green rural expanse—but nothing from that old Fordist assembly-line primes you for this 2030 AD digirama called Wonder Life-Box. The genius seems to lie in converting every conceivable surface into a sensor and a screen, all interlocked in a data grid. Glass tables tell you what to cook, smart phones open up product info as you point it at the shop window, signages turn on as they sense a passer-by, the info-gremlin guarding your house does every­thing from stopping viruses to offering disaster help, the mirror not only suggests matching clothes, but reads your BP and your mood...changing lighting and music on cue.  Things scale up to stadium solutions and smart cities that integrate healthcare, security, hydrogen energy. For all the old Japanese aesth­eticisation of imperfection and transience, what happens if material conditions do not at all reflect the flux of our emotional life?

This night club scene is at hand to restore us to normalcy, with generous lashings of global grunge. We safely wind our way past an ethnic salad-bowl of pimps and hookers to some Japanese moonshine. Shochu from sweet potato and hot sake top my rankings. On the return flight, I swi­­tch on Scoop!—a loud, fast Jap­­­­anese comedy thriller. Scene 3 takes me back to Roppongi, a pap­­arazzi botch-up in a topless bar. The overgrown Otaku boy on the next seat is hooked to a moody anime romance. The chic, brooding, moonlit Tokyo skyline on his screen is indistinguishable from the real thing.