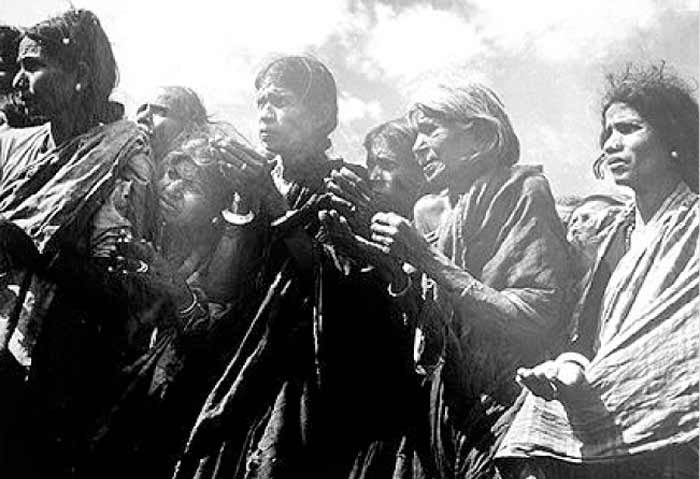 Sunil Janah is overwhelmed. Anyone would be when New York's cognoscenti pay attention—and how. A man of few words, Janah, 80, with a badly failing eyesight, allows his photographs to do all the talking.

And his conversation has been picked up by New Yorkers of all hues and accents—all talking about Janah's exhibition of some 300 photographs at the Gallery at 678 in the East Village. Says Ram Rahman, curator of the exhibition titled 'Sunil Janah: Photographing India 1942-1978': "The show is a knockout. I couldn't be more thrilled. New Yorkers have responded fantastically." Rahman, photographer-son of famed dancer Indrani Rahman, adds: "A lot of Indian Americans who came to see the exhibition were moved to tears—especially of the older generation."

Vicki Goldberg of the New York Times writes: "Americans saw India's complex and terror-filled progress to Independence chiefly through Margaret Bourke-White's magisterial photographs. A comparison of Mr Janah's insider reports and Bourke-White's work is particularly revealing because he accompanied her in some of her travels around the country shortly before Independence. The American knew how to make monumental and memorable images, full of dignity, sorrow and a formal air of permanence: temporary images elevated to mythic stature. The Indian was frequently more informal and candid, not necessarily better or worse but wholly different in approach."

Critic Jyotirmoy Datta, writing in a leading Indian American weekly, said of the Janah exhibition: "It's an epic show, with history acquiring specific faces and locations, and morality and religion and aesthetics whispering troubling questions from behind the photographs. These photographs are the record of a moral and aesthetic traveller. Even for one who has a fair enough acquaintance with Janah's subject, this show offers many revelations."

Observed Rahman: "Viewed as a whole, Janah's work is an epic vision of a time of tumultuous change. Sadly, it has remained largely outside public view for decades. This is the first time many of these works are being shown and the exhibition is in the nature of a homage by a younger photographer (himself). To my generation of artists in India, the period represented by Janah's work is a source of great inspiration though it's poorly documented."

In a brief chat from his son's Queens home, Janah says: "It has been quite an unexpected experience. I think the big response is because the work represents a slice of history. It's been received so well. People by the hundreds have come to see it. I haven't had such an experience in India."

Oh, Some Space In Soho