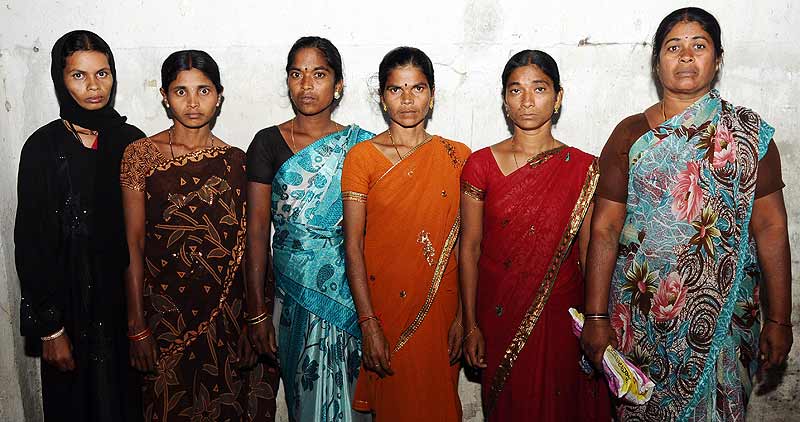 Dharoori Buchaiah has been serving a sentence for murder in a Sharjah jail for the past 12 years. His feet are almost paralysed and he cannot walk without support any longer. His family has not met him since he left home in 2001. But now he may get his wish to see them, albeit from inside an Indian jail. A daily-wage labourer from Karimnagar district in Andhra Pradesh, Dharoori, like many of his ilk, had gone to the Gulf dreaming of a better life but ended up behind bars for killing a man in a drunken stupor.

“We have sought the permission of the Lankan authorities to visit the Indians in jail. But they haven’t responded at all.”
Agni Subramaniam, Manitham

There is hope now though for Indian convicts like him and others in UAE jails. The UAE government has just approved a ‘Transfer of Sentenced Persons Treaty’ last week. The result could become a lifeline for some 1,200 eligible Indians (including 40 women) now under incarceration in Emirati jails. The treaty, signed by India and the UAE in November 2011, was finally approved by the Gulf countries cabinet on December 8, 2012. “With the ratification of the treaty, procedures to exchange prisoners is expected to be initiated soon. We will take the necessary steps according to the rules,” Indian ambassador to the UAE, M.K. Lokesh, told the local media there.

But alongside the humanitarian issue, there is a view which asks whether India should be spending state money on looking after prisoners who have committed crimes on foreign lands. The humanitarian arguments in favour, of course, is that a long-term prisoner should be allowed to spend his/her sentence in their homeland. Eligible convicts—they should have a sentence remaining of over six months and no  pending cases—can apply through the local authorities or the Indian mission in the UAE. There will, of course, be no special provisions for getting bail or parole back home.

Hoping to be one of the first to benefit under the new agreement is a group of six women who had recently petitioned the Andhra Pradesh Human Rights Commission and the chief minister seeking permission to sell their kidneys to raise the Rs 15 lakh required to secure the release of their husbands, currently in a jail in Dubai. The men, all hailing from Karimnagar in Andhra Pradesh, were convicted of killing a Nepali citizen seven years back. The victim’s family has agreed to pardon the convicts on a payment of the amount as ‘blood money’.  “I was pregnant when my husband left for Dubai. He only knows we have a daughter. My daughter has not even seen her father. We are very poor and it’s extremely difficult to survive and there is no point in expecting anything from the government,” says Reena, wife of Mallesh, one of the convicts.

A daily wager, Dharoori has been in a Sharjah jail for the past 12 years after he killed a man in a drunken stupor.

Looking at the big picture, though, the treaty, drawn up as per UN guidelines, appears skewed in India’s favour. For about 1,200 of Indian convicts in the UAE, there is only one Emirati national in an Indian jail. He’s still awaiting trial and cannot be transferred out.

India, incidentally, already has a similar agreement with several countries including UK, Italy, France, Egypt, Hong Kong and Sri Lanka. The only problem is “authorities don’t seem serious about implementation of the treaty,” says Agni Subramaniam of Manitham, a human rights organisation. For the last four years, Subramaniam has been trying to secure the transfer of 31 Indians lodged in the Welikade jail in Colombo. The Indian convicts were recently caught in a crossfire in a prison riot which left 27 inmates dead. “Fortunately, all the Indians are safe. But that’s about it. We have been seeking permission for some time from the authorities in Sri Lanka to visit the Indians in the jail. But there has been absolutely no response to the e-mails or letters that we have sent,” says Agni. According to him, most of the convicts seeking transfer to India are “Tamilians and hence we suspect the Sri Lankan government isn’t treating them well or on a priority basis”.

“One-third of the Indian prisoners in UAE are from Andhra. Almost 90% of them want to come back to India.”
Bhim Reddy, Migrants Rights Council

Representatives of the Andhra-based Migrants Rights Council, who had previously visited Indian prisoners in the Sharjah jails, are demanding that the UAE-India deal be implemented promptly. “One-third of the prisoners there are from Andhra Pradesh. Almost 90 per cent of them want to come back to India even if it is to jails here. Mentally, they will feel a lot more secure as their families can come and meet them once in a while,” says Bheem Reddy, vice-president of the rights council.

This saga of incarceration in foreign lands is not without a touch of irony though, says Bheem Reddy. “Basically, the short-term sentence prisoners don’t want to return as jail conditions in the UAE are much better than those in India. While some want to continue staying in the UAE, a few others are wary of the social stigma back home. “

Rights activists believe that if the state governments pursue the cases of their citizens they can repatriate valid cases within a month. It’s the lack of will on the part of the Indian authorities that is the problem. Jail officials in India, however, say there is already a shortage of space in Indian jails. Hence, they ask, why extend this hospitality to people who have committed crimes, be it on foreign shores?

Looming Is In Crisis