Till the '80s, they were the bedrock of an offbeat film culture. Now, NFDC and its ilk are facing closure. 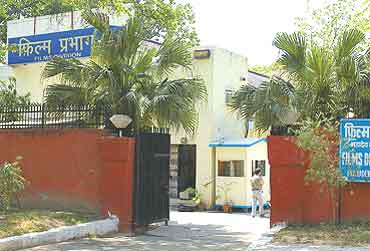 outlookindia.com
-0001-11-30T00:00:00+0553
The National Film Development Corporation is in a coma. And though it isn't official yet, NFDC's parent, the information and broadcasting (I&B) ministry is expected to pull the plug any time. NFDC's demise could, in turn, put to sleep its siblings—the Films Division (FD), the Children's Film Society (CFS) and other film-related bodies. Deaths that seem so imminent that many of the country's film auteurs are already screaming murder. None of them though deny that these bodies have long been in terminal ill-health.

It's a far cry from the time NFDC started out as the Film Finance Corporation in the sanguine '70s, to infuse new blood and fresh breath into Indian cinema. With a mandate to produce or finance quality cinema, it was the government solution to helping talented, aspiring filmmakers. It was also to prove a funding body for the graduates of the government's own Film and Television Institute of India (FTII).

And the early years saw NFDC doing exactly that, producing some of India's best offbeat cinema. It enabled filmmakers like Avtaar Kaul, Shyam Benegal, Kumar Shahani, Kundan Shah, Govind Nihalani, Mani Kaul, Ketan Mehta among many others find their place in the sun. Regional cinema also got a tremendous boost, through directors like Nirad Mahapatra, Girish Kasaravalli and Jahnu Barua. 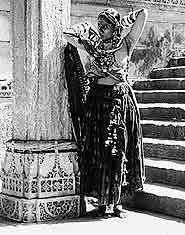 So what happened? Satellite TV, for one. Television attracted the best talent and reduced NFDC to a supplier of movies to Doordarshan. Filmmaker Ketan Mehta, who made his first film, Bhavni Bhavai, in 1980 with NFDC funding, says the organisation lost its sense of purpose. "Government apathy and lack of a strong leadership...it was a recipe for failure," he says.

Then there is the issue of commercial viability. Filmmaking is expensive and often financial factors came in the way of meaningful cinema. The government started feeling it's answerable, sinking the taxpayers' money into NFDC. I&B minister S. Jaipal Reddy has been quoted as saying that while NFDC's historical role cannot be denied, it can no longer be treated as a film finance corporation. So it needs a different business plan. But in organisations with too many financial problems and too many employees, it's easier said than done. NFDC and FD between them employ 1,130 people. NFDC has losses of Rs 6.5 crore, FD leads with Rs 20 crore and the CFS is in the red by Rs 5 crore.

The economic reforms have been cruel on NFDC too. "To make NFDC commercially independent in the early '80s, we were charging a fee for the import and export of all films into and out of India," explains MD Deepankar Mukhopadhyay. "Globalisation eliminated this income source." In 1993-94, satellite TV arrived and NFDC found a new source of income marketing time for DD. But this was stopped in 2003 as NFDC felt the minimum guarantee it was paying DD was higher than what it was making marketing commercial time.

There are others, however, who correlate NFDC's losses to the way it is run. Filmmakers complain that NFDC's lackadaisical marketing of the films it produces have cost it dear—even movies that could have managed returns never have. Hence, over the years, talented filmmakers have turned to television or private producers for funding. NFDC, they say, hasn't been able to adapt to changing times. There's just too much red tape, keeping it from becoming competitive. 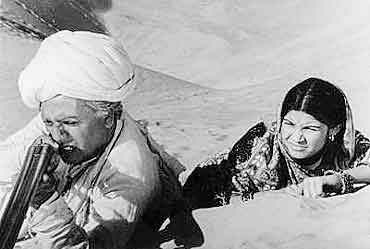 It also tried to get into building theatres and film distribution. But the latter was done haphazardly and theatre-building never took off. Says Shyam Benegal, filmmaker and ex-nfdc board member (1980-86), "A business model has to be clear. The theatres were supposed to bring in revenue but NFDC was led by the idea of welfare. So it thought of building theatres where there were none. This led to a clash of objectives.It also did not have the expertise to build and market theatres."

The FD, on the other hand, has been producing mediocre films at best.Its image took a beating last year when it undemocratically rejected films outspoken in content from participating in the Mumbai International Film Festival. Similarly, CFS has hardly produced anything that's left a mark on public memory.

So, does NFDC deserve to die? Mukhopadhyay doesn't think so. After all, he points out, it was profitable till two years back (Rs 7 crore in the black in 2002-03). It has made 25 films in the past five years, all of which have got some measure of recognition. As he says, "No organisation that promotes art can survive on its own. Anywhere in the world, art is subsidised. Cinema especially needs it as it is a very expensive form of art. Even the rich European nations that make some of the best films provide for subsidies." 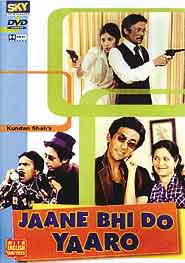 Filmmaker Kundan Shah insists that we need to understand the role of cinema as an art form, its potential to impact social change or reflect social realities, rather than in pure business terms: "Just linking it to profits is a very limiting approach." His NFDC-financed debut movie Jaane Bhi Do Yaaro was a critical and commercial hit. Other than the FD, can we imagine anyone supporting documentaries on famines or farmer suicides? "What NFDC needs is not closure but a lot of energy and vision," says Shah. A government body serves society, whether it is in making cinema or supplying electricity. Profit cannot be a motive.

Then again, why can't it be profitable too? For instance, asks Shah, why can't it be made mandatory for TV channels to air NFDC films? Commercial cinema that caters to the lowest common denominator and keeps an eye on profits has to be offset. And this is within the mandate of a governmental body, to provide some effective resistance to the widespread dumbing down in our cultural spaces. Otherwise, the government would be tacitly admitting that commercial cinema is the only valid cinema. Surely, it's not too difficult to commercially leverage—both nationally and internationally—nfdc's library of 500 critically acclaimed films it has financed over the years?

Benegal's argument is that being government bodies, they cannot be shut down. Now Manmohan Shetty, owner of imax Adlabs theatres, and a man in tune with commercial cinema's successes, has been appointed chairman. He definitely has ideas—one being to tailor the NFDC along the lines of the UK Film Commission or the Canada Film Board that would amalgamate the disparate film bodies. But he will be able to execute these only when he has the powers and the present mess has been sorted out. As of now, he's been quoted as saying: "I have nothing to do as chairman." Seems an uphill battle already.

Alive In The Retelling