Sanity has returned to Marad. Here chief minister A.K. Antony tells Outlook how he brokered peace by bringing Hindus and Muslims to the negotiating table. Excerpts: 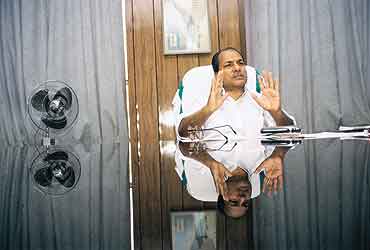 outlookindia.com
-0001-11-30T00:00:00+0553
Did you really believe that Marad could be settled peacefully, especially after two failed attempts at rehabilitation?
I was hoping against hope that peace will dawn although there seemed to be nothing on the horizon. If not a peaceful solution, then there would be a bloodbath. The use of force would have led to retaliation from the Hindutva agencies. For five months since the tragic killings on May 2, not one drop of blood has been shed. Elsewhere in the country, a similar tragedy would have led to killings and counter-killings. Here, right from the time the police moved in, within 20 minutes of the massacre, we prevented retaliatory strikes. Peace was my priority. Leaders on both sides, in spite of their public posturing, believed in their heart of hearts that peace was the only option.

You have been accused of being a friend of the Sangh parivar.
I do not claim proximity to any section or any religion. During my student and youth days, I had kept myself aloof from them. Now, I am neither attached nor detached. I believe in the path of reconciliation, no matter who the contenders are. In this case, I have not taken sides with anyone. I put no conditions on whoever came to talk peace. My conscience is clear. So, I am not dismayed by criticism. I did not lean to any one particular side. I think that policy pays off in the end. And what we have today is another model for Hindu-Muslim unity.

Why did you keep out mainstream political parties, even your state Congress president?
Their contribution has been almost nil. I do not want to say anything further. Some of them are perhaps sorry that they didn't see blood. No, I will not comment any further.

Couldn't the peace formula have come five months ago, sparing the trauma of the Muslim families who were forced to flee Marad?
We have been trying all along, we never gave up. It took some time for things to materialise.

Why did you finally settle for a CBI probe, after having told the high court that it would be redundant?
The CBI probe demand emerged as part of the peace agreement. If I didn't agree, it would have jeopardised the peace efforts.

Finally, what about the cooperation of your own party colleagues in bringing about peace?
No comments.