“It’s Shocking India Is Siding With A Rogue State”

The editor-in-chief of Rai al-Youm on the Israel project and the massacre in Gaza. 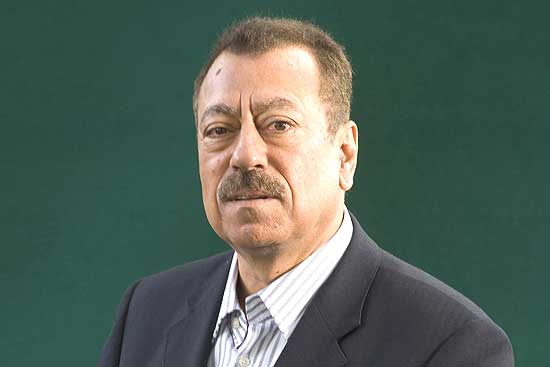 Abdel Bari Atwan was born in a Palestinian refugee camp in the Gaza Strip two years after the creation of Israel in 1948. Now based In London, he is the editor-in-chief of Rai al-Youm, the Arab world’s first Huffington Post-style news and opinion website. He is one of the world’s few journalists who interviewed Osama Bin Laden in 1996 after famously spending some days in caves in Afghanistan. Now a well-known Arab public figure, he is a regular guest on Dateline London on BBC World, besides being a columnist in British and Arab newspapers. He spoke to Saba Naqvi about the Israel project and the nature of the state that is overseeing the massacre in Gaza.

We in India are exploring the nature of majoritarian regimes and Israel was a country built on the principle of being the home of the Jewish people. Since its creation, has the nature of Israel changed?

It has become more hardline and right-wing, specifically because of the support of the West, especially that of the Americans. They never gave adequate attention to moderate Israelis, and never kept down the hardliners; so now the right wing are just winning. Why? Because the West does not want the Jews to come back to Europe. It’s as simple as that. The guilt of the Holocaust and the European history of maltreating Jewish people is the reason for the guilt. So they have exported the problem on to the Palestinian people. There is nothing wrong with guilt, but they should also have it for the Palestinians. Israel is behaving like the thug of the borough and they are closing their eyes. Israel is already right wing, now their actions will radicalise the entire Middle East even more. What will this generation of children think seeing their mothers, sisters, brothers being massacred? How will you expect them to be moderate in the future?

What is different about this round of Israeli action in the Gaza Strip?

Every few years the Israelis attack and it is a creeping mission. But this war is different for many reasons: the silence of the international community is one reason. In previous wars, the killing of children was accidental. This time it is deliberate. The Israelis know they are killing children in schools, their homes. They know it. Thirdly, this is the only war on earth without refugees because the people of Gaza cannot go anywhere as the borders are sealed, they are locked in by land, air and sea. 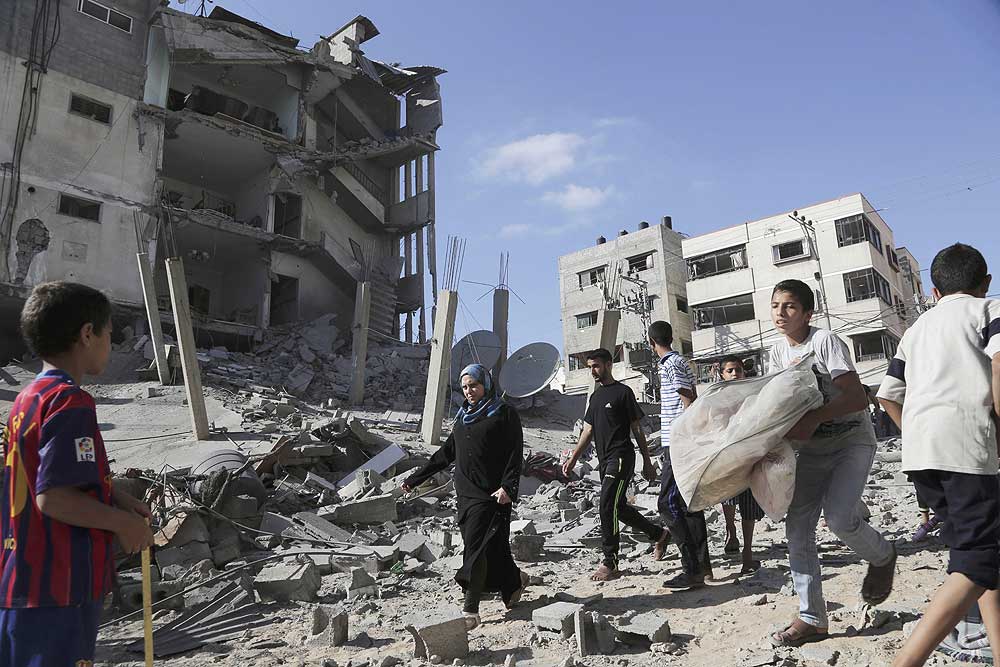 Some Arab countries like Saudi Arabia, Egypt and Jordan seem to be siding with the Israelis. And the US that has backed Israel in the past seems to want to stop them but they are not listening. Has the world order changed a little?

“The Israeli right wing is in the ascendant because the West doesn’t want the Jews back in Europe. It’s as simple as that.”

You are absolutely right. This time the Israelis are rebelling and not listening to American instructions for the first time ever. So the Americans are not really the accepted broker they used to be. Some Arab countries are siding with Israel through their silence, particularly Egypt. Then Hamas, that is supposed to be run by terrorists, is killing Israeli soldiers in uniform, over 60 by now, while Israel, supposedly a democracy, is killing children. Until now Hamas has not killed a single Israeli child, while till now Israel has killed 320 Palestinian children. They have piled up corpses of children because they know there will be no sanctions against them, as happens to other countries such as South Africa when it practised Apartheid, of the Russians in Ukraine.

Is Israel today in your view one of the most extreme examples of majo­ri­tarianism?

Israel is a country that was imposed by the West on the region. The West then imposed its will on the UN to create a country for the Jews in the Middle East. Although established by the UN, Israel never accepted other resolutions that said there should also be a Palestinian state. They have repeatedly violated international law. Israel is the super-power of the region, committing war crimes, but have you seen any resolution or sanctions against them?

How do you feel about the response of India?

It is very disappointing. Yasser Arafat used to side with India all the time. He was a great friend of the Gandhi family. With him, I have visited Rajiv Gandhi’s home in Delhi. Why is India, the greatest democracy in the world, seen as a champion of human rights, siding with a rogue state that is killing children? The world has admired India’s values, its promotion of coexistence that is its ideal. I am really shocked. India should be with the oppressed, the weaker side, it should act according to the legacy of Gandhi, which is being one with the poor. Why is India not using its voice?

There is the growth of radical Islam in the entire region? Is there an element of that in the conflict?

“Mahmoud Abbas has talked with Israel and is a moderate. Are they giving him what they promised in the West Bank?”

There is civil war in the region, which is a result of the policy of ‘constructive anarchy’ adopted by Condoleeza Rice. Iraq, Syria, Egypt, Libya, all used to be secular countries, but it was the design of the West to destabilise the entire Muslim world. We are paying a very heavy price for that, the first is sectarianism—Shia and Sunni, Arab and non-Arab. See what is happening in Libya now, and they intervened in the name of democracy. The West supported the rebels in Syria. Look at the situation there now: 2,00,000 people killed. They actually went and toppled Saddam Hussain, who was a dictator, but look at the situation there now. Anarchy and radicalism. But Gaza is different, it is not a nation with any power, it is 150 sq km, the most densely populated place in the world. It is a cage. There is no problem of radical Islam in Gaza.

How do you respond to the charge that Hamas is a terrorist organisation.

Arafat used to be a terrorist organisation. The Israelis impose a category, they impose the terminology and the problem is we believe them instantly. If you go and bomb another country, another people, that is a terrorist act, as Al Qaeda did. Hamas is not actually bombing anybody. Okay, forget about Hamas, let us look at Abbas (Palestinian President Mahmoud Abbas, representing the rival Fatah), who is supposed to be a moderate. He has held talks with Israel. Let us agree Hamas is radical, but is Israel giving anything that they agreed on to the moderates? Are they giving any rights, a state, water, electricity, a decent life, or just more Jewish settlements? I will give you an example of what they do in the West Bank, supposed to be the headquarters of a future Palestinian state. The illegal Israeli settlers there consume 12 litres of water per day, while only there’s only one litre for a Palestinian.

We have not seen images of big protests in the Arab world. Has the back of public opinion there been broken after the failure of the Arab spring?

You have civil war in Iraq, Syria and Egypt. These are the three major centres of Arab public opinion, where everybody is now fighting everybody else. There is a political civil war in Egypt. In Syria there is real war, in Iraq car bombs are going off everyday.

Where is Iran in all this?

The weapons originally used by Hamas and other resistance groups were originally made in Iran and smuggled in. There have been protests in Iran, Lebanon and West Africa. Iran has declared its full support for the Palestinians, but most of the Arab world is today paralysed by the results of western interference and the aftermath of the failed Arab Spring.